Laurel and Hearty: Laurel, by Comme des Garçons and Monocle 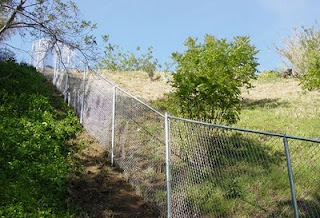 Comme des Garçons has produced some of my favorite things. Luxe Patchouli costs an arm and a leg, sure, but oh how I love it. I finally caved and bought some. Far less pricey, the original fragrances are still, years later, astonishingly good, and up until about 2005, there was no going wrong for me. The Leaves series, the Red series, the Sweet series. Incense (2003) was a real stand out for many, including me. I liked some of the Synthetic series a lot as well. The Guerilla fragrances came out in 2004, and though they were fairly weak, as if done in watery pastels (albeit in stains the colors of raw meats and berries), they were about the last thing I truly liked, excepting Stephen Jones, Laurel and, to a lesser extent, Daphne.

Laurel is the second in the line's collaboration with Monocle. CDG now seems to have turned away from the series and toward one on one collaborations of this kind. Both Daphne and Stephen Jones were collaborations. Hinoki was the first Monocle scent, and I didn't care much for it; the world is short on great fragrances but full enough of very well done cedar type things. The latest collaborations, with designer Jun Takahashi ("Undercover"), leave way too much to the imagination. They feel uninspired. Laurel has had its critics, too, but for me it's instantly likable and compelling.

Discussing Laurel, Tyler Brule, Monocle's editor in chief, said, "We wanted to capture the same smell and sensation enjoyed while staying with friends in Batroun, Lebanon. It's warm, inviting, and at times a little sharp--just like the country." The fragrance was created by Antoine Maisondieu, the nose behind the wonderful Etat Libre D'Orange fragrances Jasmine et Cigarettes and Vraie Blonde, as well as Hinoki and Luxe Patchouli. Laurel is said to contain pepper, cedar, patchouli, incense, amber, and, of course, laurel.

I love this fragrance. It provides the kind of instant, sunny happiness that few fragrances I own really get at. It feels equally summery and wintry. Most summer and spring fragrances go for citrus, light, airy, fresh. Laurel has a strange quality. It feels like that suntanned afternoon, after a day in the heat. It's a humid scent. A very sexy thing; there's something flushed about it. It goes for depth where many summery things go for surface. And I think it works. It's a perfect balance of all its listed components which amounts to a toasted laurel ambience. Don't quote me on that. It's a horrible, lame way to describe Laurel, probably. I don't really know how to describe the fragrance, other than to say I find it addicting, so I haven't tried to put it into words, though I've owned the stuff for a year. Wintry too because it doesn't put all it's stock in "fresh". It smells clean and elegant in a way which reads rich and robust in the cold.

I've heard people slam it a bit online: too peppery, death by bay, one note wonder, etc. I disagree on all counts. It feels wonderfully well rounded to me. On top of that, it isn't God-awfully expensive, and it's by far, I mean by miles and miles, one of the most interesting things directed (mostly) at guys in eons. Naturally, it's perfect for women too.

You've summed up so neatly why this is such an appealing fragrance!
"It smells clean and elegant in a way which reads rich and robust." It is this nice duality of Laurel that gives it its memorable quality.

I really love it. Do you wear it, Victoria? I think it would smell fantastic on man or woman.

I wear it often, especially when I am in the mood for something uplifting and yet with some substance. Atelier Cologne Bois Blonds is another one in a similar register for me (though a completely different scent.)
In general, I find that even the most masculine CdG fragrance suit women well, probably because they avoid the masculine cliches of neon-bright citrus, lavender synthetics and strong marine notes.