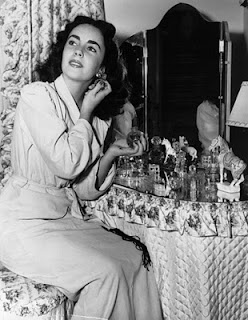 Sometime last year, Abigail started raving about Aldehyde 44.  At the time, I was just dipping into Oud 27and Rose 31, a few other Le Labo fragrances I'd been curious about.  I was pretty thrilled with both of those, and I'm sure I'll review them at some point.  I think I'll also revisit Patchouli 24, as I've realized, spending a few years with it now, how truly fantastic it is, and how little there is like it.  Despite all this--and the fact that Iris 39 is truly the holy grail of iris fragrances for me--Le Labo doesn't always thrill me, and comparisons with Muriella Burani didn't do Aldehyde 44 any favors, as I'd tried Burani, on Abigail's recommendation, and found it disappointing, so I didn't feel an urgency to trot on over to Dallas and look into Aldehyde 44, which is a city-exclusive at Barney's there.  It's not the first time I've been wrong.


The truth is, I like aldehydes, and have smelled many aldehyde fragrances I admire, but very few that I cared to own.  Those aldehydes are amazing, and last all of five minutes.  The night is young at the top of these fragrances, but the cold hard crash of the morning after stomps in almost instantly, and you see who you went home with and just as immediately start re-evaluating your judgment.  With very few exceptions, I find that aldehyde fragrances are a bit of a curiosity--a sudden thrill, then poof: all gone.  I knew the moment I sprayed Aldehyde 44 on my skin that it was an entirely different class of fragrance, and though I was dubious it would go the distance, I kept smelling my arm in surprise all day.  Only the skepticism faded.

Aldehyde 44 was created in 2006 by perfumer Yann Vasnier, and I think it's the best thing he's done.  Two of his more recent creations, Mythique and Panache (both for Parfums Delrae), are very popular, and lovely, but kept too close to the skin for my taste.  Aldehyde 44 doesn't reach out and slap your dinner companion, but I feel it there, and it has an assertiveness Marina over at Perfume-Smellin' Things thought was entirely in keeping with the "Big D"--both the long running prime time soap and the city, the two of which are somewhat conflated in popular imagination.  I do feel that Aldehyde 44 is a more emphatic aldehyde fragrance than I've smelled before, topping even Chanel No.5, which famously overdoses on aldehydes--"Dump the whole thing in!" one imagines Coco Chanel having told Ernest Beaux, No.5's perfumer, yet I've never gotten the sense that he did.  There is something solid about Aldehyde 44, where No.5 and many other aldehydes seem far too preoccupied with being ephemeral.  While it's true that champagne fizzes, I know very few people who drink it for its short term effects.

It isn't that the aldehydes themselves last in Aldehyde 44.  It's just that they're combined to such great effect with whatever does persist that you're not apt to discern the transition.  Is it the tuberose?  The narcissus, the jasmine or the musk?  I can't tell and don't really care.  Aldeyhde doesn't feel particularly floral to me.  The closest comparison it brings to mind--and I know those of you who have stuck it out this far might now part ways with me--is Estee, by Estee Lauder.  Estee is my favorite aldehyde.  It's cheap, and many people use only the dread words to describe it: old lady, powder, grandma, drugstore, etc.  It's probably different now than it was back when Bernard Chant first created it, in 1968, but it still smells wonderful to me, as magical as it did when I first smelled it as a child on my grandmother's dresser.  Estee and Aldehyde 44 are quite different.  What they share is a forcefulness and something which Marina regards as skank and I regard as a strange, incense-like quality which burnishes the entire fragrance and keeps it going on the skin long after it seems something so crisp and bright would have evaporated.  That has more to do with something indefinably radiant than it does flowers.

Aldeyhde also reminds me a bit of White Linen, and because  both White Linen and Estee are so fantastically affordable--and ubiquitous country-wide--you might ask yourself what could possibly be the advantage of pursuing Aldehyde 44.  I'm not sure I can answer that for you in any other way than to tell you that ever since I got a decant of Aldehyde 44 from Abigail several weeks ago I've been able to think of very little else.  I would add that, while I smelled Malle's Portrait of a Lady recently and thought Hmm, is this stuff really worth three hundred bucks, I smelled Aldehyde 44 and thought How can I budget over the next few months so that I can afford this stuff!?  Where one inspired hesitation and deliberation, the other thrust me into the prospect of financial ruin.  It's pretty dreamy stuff, Aldeyde 44.

Thrilled you love it this much. Makes me feel a bit less nuts for adoring a $400 fragrance ;-/

I definitely see your comparisons with White Linen and Estee.

I was wearing Aldehyde 44 yesterday and thinking about how it had a snowy yet crisp quality and a touch of incense (or something resinous and not especially floral).

I just went back over my Scent Diaries and found that aldehydes were in heavy (Heavy!) rotation over the winter, isn't that funny?

You might remember that I don't do well with Lauders in general because of the base (and I honestly think White Linen ought to have been called Mildewed Laundry, it's so sour), so I can't compare to any of those.

But I do love No. 5 parfum, and Mariella Burani, and Vega, and (vtg) L'Aimant, and Iris Poudre... and while the Le Labo is perfectly pleasant, it doesn't thrill me. I have a 5ml decant, and I'll use it up and let it go.

To be honest, it may not be floral *enough* for me - which might explain why I've got a different take on Aldehydes 44 than you do, Brian. It goes from bright sparkles to something quietly woody on me, shrinking down to the skin very quickly: no tuberose, no narcissus, no jasmine - just aldehydes and then woods, sort of boring. I love tuberose and narcissus in particular, and it would have been nice to be able to pick up on them in Alde44, but I can't.

I think my very, very-favorite aldehyde scent, where my focus is actually on the aldehydes, is Vega. I love that stuff.

Chuckling a bit at the "does it justify this price?" versus "how can I cobble together this price?" method of identifying if an item is worth the cost of admission.

You remind me that with musical instruments, you can reach a zone of intangibility...a place where the very talented player next to you will pick up one flute and say, um, no, this one doesn't do it for me, and you will pick it up, and your body works perfectly with it, and you know that it "fits," and start figuring out how to make it yours.

There's a zone where the quality of the materials, and of the construction, and how it plays with you, all come together, but in a Your Mileage May Vary way. I'd add in that at this stage of the game, I also start musing about my own talent at playing (or wearing/smelling). I mean, if I had the spare cash to toss, I'd toss it at the thing that says beautiful. But when one has to think kind of hard about such things, then one can start second guessing how it strikes you today, versus what might be down the road...

...OTOH, sometimes you Just Know. And then it truly is just a question of how.