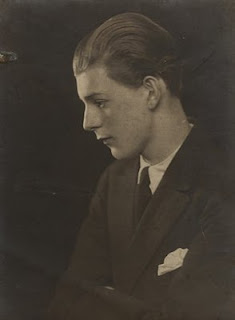 For a while, Knize Ten was pretty hard to come by over here in Geographically Marginalized US of A. I did eventually find a bottle--at Perfume House, in Portland--but it was the last one. It felt sufficiently precious for something so difficult to find: a glass-stoppered, Fred Astaire-slender bottle in a wooden box. I was scared to use it, for fear of some near-future occasion when only Knize Ten would do and none would be found.

Two years ago, visiting Milan, I found plenty of the stuff in an out of the way perfume shop. The greater discovery? The other Knize colognes still seemed to be in production as well. I loved Knize Two but it seemed so similar to Grey Flannel that I opted for Knize Sec instead. Until yesterday, when Knize Two arrived from LuckyScent, who now carries the Knize line, I regretted passing on a full bottle. Smelling it again, I see that I slightly misjudged the fragrance. It is similar to Grey Flannel, but distinct in wonderful ways.


It gets my vote for inclusion in somebody's list of top twenty dandy scents. What else is on this list, you ask? You tell me. Knize Ten might be, though I rarely associate leathers, however floral, with dandies, however butch. Grey Flannel isn't on the list. It's robust, rather than refined. What Knize Two has that Flannel doesn't is a clean shaven androgyny. There's not a trace of stubble on this cheek. I'm sure many women love and even wear Grey Flannel. Lord knows it has a dose of violets in there. But the flannel fuzziness makes it seem far too cozy for the dandy category. A dandy fragrance needs to feel as if it could go either way--not sexually, necessarily, but stylistically. Marlene Dietrich in a suit is dandy. Audrey Hepburn is not. There's a remorseless chill to dandy sensibility, and Knize Two has that in spades.

It has a wonderful burst of galbanum, aldehyde, and violet up top. The violet verges on sugary. The galbanum adroitly steers it in the other direction. The aldehydes give it a sense of mercenary disdain for the kind of sentimental navel gazing a warm, fuzzy fragrance like Grey Flannel inspires. Knize Two isn't about to wrap you in a blanket. If you can't find warmth in a top hat and tails, you don't belong at the party. Some of this aloof chill probably comes from the inclusion of iris, and in some ways Knize Two starts to remind me much more of Iris Bleu Gris, the Maitre Parfumeur et Gantier fragrance. Both feel elegant and arch, balancing cool elements with a hint of something only vaguely animalic.

The floral bouquet at Knize Two's core qualifies this as a real statement maker on a man. It's magnificently femme, this scent. Though it eventually endures into the dry down as something a bit heartier, it's no fougere. Knize Two is nowhere near Estee Lauder Beyond Paradise, mind you, but it speaks a language another dandy fragrance like Caron's Third Man would need no translator to understand. In addition to violet and Iris this bouquet includes jasmine, rose, and carnation. The carnation enters this picture after the bitter zest of lemon and petitgrain have faded, about twenty minutes into the scent's development, giving it the subtlest kick of spice, like a lacerating bon mot which doesn't register until the one who delivered it walks over to other side of the party, trailing curls of smoke. The base gives just the slightest amount of cushion. This is an aesthete's aroma, and it believes elegance involves some amount of deprivation. You would scarcely sense the involvement of sandalwood and cedar, much less anything so gluttonous as the tonka and amber. Even the moss is refined to hearsay.

Knize Two isn't delicate but it isn't about to reach out and grab you. It wouldn't stoop to "diffuse". That would be beneath it. Rather, it seems to "distill". Smelling this on someone, you would be hard pressed to decide whether it was cologne or clothing or merely persona. It smells more like an air than a fragrance. I wouldn't go so far as aura. It does last well, and softens into something approximating the soft fabric of a Saville Row suit. I like it very much, though I doubt very much it would give an owl's hoot what I think. It was created in 1978, long after the roaring twenties, which produced Knize Ten. I guess you could argue that the decadence of the late seventies was a renaissance of certain jazz age excesses, making more sense of Two's throwback qualities. Two seems far more dandified to me than ten, in fact. Ten was created by Vince Roubert. I'm not sure whose nose is responsible for Two.

The photo is from the National Portrait Gallery and depicts the legendary Stephen Tennant.
Posted by Brian at 2/03/2011 10:37:00 AM

I'm a leather-lover, but I found Knize Ten very harsh. How does it compare with the ubiquitous-in-Europe Tabac?

Wonderful review! Until now, I wasn't aware of Knize Ten companions. Thanks for the great read!

I was recently surprised to find out that besides Knize Ten and Two, there is also Knize Ten Golden Edition, Lady Knize and Knize Forest (and Knize Sec)! I have only tried Knize Ten so far, however your description of Knize Two sounds interesting. I love Grey Flannel and its brother that got more limelight, Dior Fahrenheit.

Hi Patty, you know, I'm not sure. Knize Ten is a lot harsher than, say, Chanel Cuir de Russie, but I think it might be pretty similar to Tabac, if you mean Tabac Blonde?

Hey Josephine and Victoria: Knize Two is definitely worth checking out. In terms of uniqueness, my favorite flanker is Sec. It's a wonder. A bit like champagne. It has more presence and flair than Two. It's a fun loving cousin. I do remember smelling the Forest. That one didn't seem very thrilling to me at all. I've never seen Lady Knize. Very intrigued now.

Well, shoot. I enjoyed this review so much, I kinda don't want to try Knize Two. Because I love the idea of it on a dandy, and want to protect that turf.

If given the opportunity, though, I think I'll get over it. :)

I stumbled upon your blog as I was searching for reviews for Knize Lady and although my comment comes a bit too late considering the original publishing date, I feel I must write to tell that both Knize 10 and Knize Lady are available through a German retailer called Manufactum.

Its great actually, they have both minis and full bottles and the prices are not that bad either. A mini Lady costs 11 € for 5 ml and the 10 11 € for 15 ml. Ships all over the world, I believe.