Sniffing around the Dallas Northpark Mall 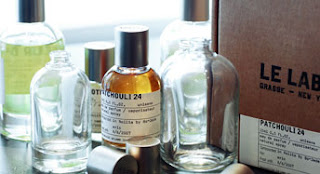 YSL Parisienne
This is supposed to be edgy, right? It's not edgy for me. It smells like fruity candy. A little tartness perhaps from blackcurrant. It's a nice enough fruity floral but isn't FB worthy for me. It will surely have fans, it's nice. I just can't help comparing it with Paris which effortlessly eats it alive in one gulp.

The Different Company Oriental Lounge
Sweet. Gourmand. Vanilla. Foody. I can think of loads of other oriental gourmands for a lot less $$ that I like better.

Byredo Gypsy Water
So faint I can't be bothered describing it. It's too faint for it's price tag.

Frederic Malle Geranium Pour Monseuir
I didn't expect to like this, but I do. It's a greenish herbal (geranium) minty little number. I like the natural herbal freshness. I left Barney's with a large sample and will wear it a few more times.

Serge Lutens Fille en Aiguilles
This is not so much a perfume as it is the smell of Christmas. It's a beautiful pine-y aromatic scent. I also have a large sample of this and will try wearing it a few times. It doesn't strike me as unlikeable in the least - only that it might seem more like a home fragrance than a perfume to many.

Guerlain Idylle
Pleasant and pretty. Reminds me of Acqua di Parma Magnolia Nobile a bit. The bottle is nicer in person. Idylle is a light fresh floral. It will have fans, it's nice enough.

Now I WANT Le Labo Tubereuse 40 and LL Oud 27. Tubereuse 40 is not so much about tuberose but instead a citrus-y neroli. It's fresh and gorgeous. Le Labo Oud 27 is an easily wearable oud for me. It's softly sweet and resinous with loads of woods, straw, hay and a dab of honey. Oud 27 dries down to a woody musk that's not especially interesting but the beginning and middle stages are yummy and at least the dry down isn't band-aids or oud-pee. Until my visit to Barney's the last 2 days I didn't realize I was such a Le Labo fan. Go figure.
Posted by Abigail at 10/20/2009 08:45:00 PM

That's exactly what I thought about the Serge, that it reminded me of a room spray. A very nice room spray, but still.
I like the Le Labos I've tried, but the price tag makes me wince! I did spring for a small bottle of the Vetiver, though.

Hi Tania,
Yeah, the price tag of most everything makes me wince nowadays. A normal 100 ml bottle of Le Labo is $200 but Aldehyde 44 is $400 because it's a city exclusive. Of course I would have laughed (loud and snorting) at the price if I hadn't fallen so hard for that particular one. I have to wonder if these overpriced niche lines are going to fold in a few years. Unless a person is a hardcore fumie like us I can't imagine very many paying such high prices for their perfume (unless filthy rich o' course)

Great to have you guys back! I agree about Angelique Sous La Pluie, I was definitely underwhelmed, and I'm a huge fan of the Malles. Same with Fille en Aiguilles, pine always says "Christmas tree" to me.