Multiple Rouge by Humiecki and Graef 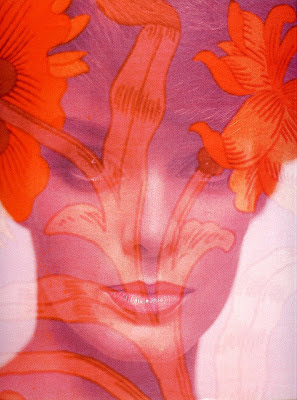 There's really nothing else like Multiple Rouge, which has made it difficult to write about. My favorite of the offbeat Humiecki and Graef line, it's somehow simultaneously weirder than it sounds, and tamer. There's no denying it's a big bowl of fruity berries, a sort of study in various succulent hues of red. There's no getting around the immortelle, which, like patchouli, is going to be a deal breaker for some. But somehow, these two, encouraged by a dash of coriander, play nice. Multiple Rouge is similar to the fruitchouli, but something else altogether, thanks to the immortelle and a salted caramel effect. 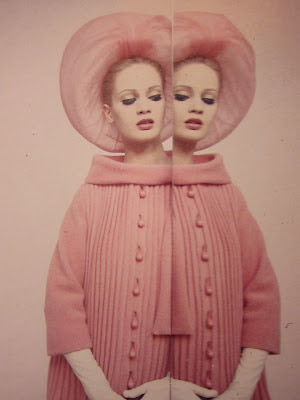 The berries have a darker quality than, say, the explosive brightness of a fragrance like Byredo Pulp, but Pulp is a useful comparison. Like Multiple Rouge, Pulp is an oversized fantasy take on fruit. Still, for all its outlandish strangeness, Multiple Rouge is a far mellower wear. Moodier, too. Pineapple and peach complicate things, arranging the scent into interesting tensions. This is tart but seasoned pineapple, and a stewed peach. Together they seem to conjure something like apple, if not in the shape of anything you'd want to eat. 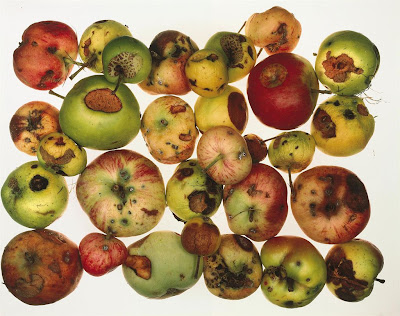 There's a savory feel to Multiple Rouge unlike anything I've smelled in a berried fragrance. While it isn't gourmand in any conventional way, it nevertheless feels foody. There's something aquatic going on as well. So: berry, salt, apple, peach, pineapple, ozonic, immortelle. See what I mean?

People talk about Multiple Rouge's sense of playfulness. Beyond words, it's a study in absurdity, fragrance as delighted squeal. Just as many seem to feel the joke's on them, and fail to see the humor. Did I mention the booziness? Those apples and berries are on their way to some kind of special, simmering brew, the kind you find in a Crock-pot around the holidays, spiked to get you through Uncle Ed's second wind; dash of grenadine, dash of cognac.

I appreciate Multiple Rouge's unusualness, but wear it seriously. It's one of my favorite immortelle scents, along with Fougere Bengale, Sables, Eau Noire, and 1740.

I appreciate the weirdness in this but Multiple Rouge is a perfume nemesis for me. I first tried this blind without being prepared and I was shocked. I couldn't focus on the berries or the immotelle but rather on the green, wild, sappy texture. Eventually I had to was it off... but it certainly is unique

I wonder what my perfume nemesis is. I have to think on that. Multiple Rouge is definitely a specialized taste. It's funny: I don't get green or sappy. I do get wild.

As a lover of Pulp, this is a really helpful review for me, thanks Brian. With so MANY niche and indie lines these days, it's pretty much impossible to try everything, and I've been wondering for a while if there was anything out there in the same family as Pulp. Sometimes I wish the perfumista community could create a massive flowchart along the lines of "if you like this, smell this....."

Pulp takes a beating sometimes, but I've never wavered about it. I loved it the moment I smelled it and I think maybe it's the happiest thing I own.

Wouldn't a flow chart be great!? Maybe the closest are the various lists (noses, notes, accords) compiled by Robin at Now Smell This and Marina at perfume Smellin' Things. I feel like, even several years ago, when they were making those lists, it was a much simpler time. With the constant stream of releases, starting that kind of project now might be a lifelong endeavor.

Right there with you about Pulp. I remember my "wow" moment when the SA at Barney's in Vegas showed it to me, and that moment is still there every time I spray it. It's also one of the three fragrances, out of everything I own, that my husband remembers the name of and requests that I wear. Yesterday I tried Bombay Bling for the first time, and that blast of very juicy fruit at the top also brought a big smile to my face. Happiness indeed.

Ooooh. Here comes a lemming. I haven't tried Bombay Bling. You make it sound very tempting. I remember the moment I smelled Pulp first too. Kind of an a-ha moment.

Hey, thanks for the recommendation!!

oh man, you sucked me into needing a sample of this...you evil man you!

Carol, I hope you can find it. I looked on Luckyscent this morning and they don't seem to stock much of the line any more. I'm not sure who else carries it but it's worth tracking down if you like this sort of weird and wonderful thing.

Thanks Brian - I looked everywhere for a sample and feeling both disappointed and relieved!

Don't you just "hate" it when that happens??