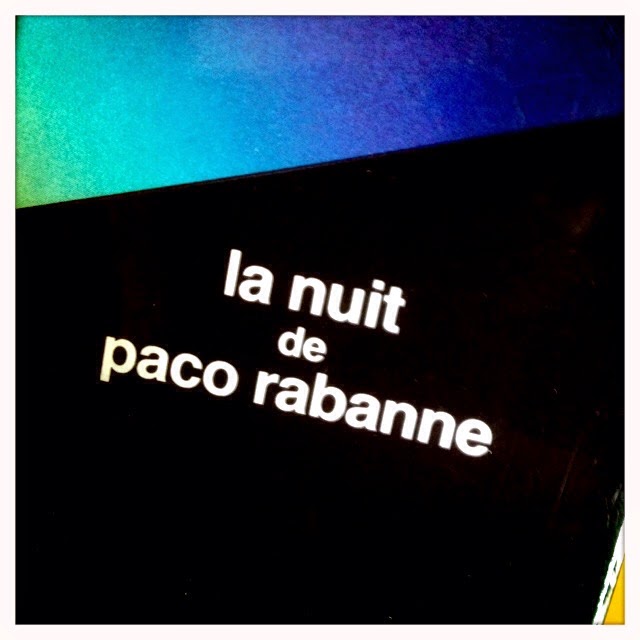 There are some key differences between eau de toilette and eau de parfum, the primary difference being skank. Honeyed skank, really. The eau de toilette is honeyed chypre, lasts forever, relates itself to true moss leather chypres like Trussardi Femme and Rochas Mystere. It kisses you like you kiss a baby.

I once found two or three bottles of the eau de parfum for something like 30 bucks each. At the time, I'd never smelled anything like it (at this point, I have and I haven't), so I bought them all. I worried the world would end and I'd be without La Nuit otherwise.

Weeks later I decanted some and traveled to a film festival in Philadelphia. A friend met me there and the night my film screened I doused her in La Nuit. I wore, I think, an equally generous application of Diptyque L'eau (pomander rose). The cab driver looked shocked when we stepped into the car, and I apologized without meaning it. I thought then and still think now you shouldn't have to make excuses for smelling better than life at large wants you to.

We were out for several hours, and when we returned to the hotel there was a man out front, airing out his tiny dog. Oh how sweet the dog looked. If not sweet, then harmless. The leash seemed mostly decorative. You don't need chain link to keep a balloon from drifting away.

My friend did that thing as we approached the entrance and saw the dog, that thing you do: "Does he bite?" The owner assured us his dog was just shy of herbivore, so my friend, wafting furiously, bent over to pet the thing - and this probably-chihuahua became a fierce attack dog. It just went totally apeshit, like a bear had approached it still stinking of the fawn it had just swallowed whole.

The owner was as shocked as we were - maybe more shocked. It was his balloon; we'd never seen it before.