Scents Guys Aren't Supposed to Wear But Should, If Only to Flip People Who Say They Shouldn't the Finger

Anytime I scan Basenotes.net, I'm always surprised to find definitive statements. This is that, it isn't the other thing, don't try this, that other thing is wretched, your skin will rot, your teeth will fall out, etc. Such declarative pronouncements make no sense to me when it comes to perfume. One person's skin rot is another's salve, really, and if I like Angel, and you don't, why should I listen to your comments about something you feel compares unfavorably?

The things I least like to hear on Basenotes have to do with gender. While I think perfume aficionados seem generally to be forward thinking, their reviews certainly belie some fairly rigid ideas about gender codes. At the very least, most of the reviewers draw a line somewhere, denoting what is and isn't appropriate for one gender or the other to wear. That line is typically drawn at florals, especially soliflors. Almost everyone agrees that, like it or not, a line exists somewhere. But orientals and various other categories of fragrance elicit the same verdict. Of Samsara, one female reviewer noted emphatically: "It is in no way unisex." Even male reviewers agreed. Too floral; wish there was a men's version.

Again, one man's floral, category "too", is another man's "not enough". I wear all of the following. I would love to tell you I don't feel self-conscious when I do. But I can also tell you that I wear them in a spirit of defiance against the legislation of smell. I really don't care what your mother wore. I don't care what my own mother wore. I know what I like. Ultimately it comes down to taste, regardless what those without any will tell you. Go ahead, call me Mama. I can take it.

Following are a list of fragrances considered by many or most to be feminine; not just slightly but definitively. 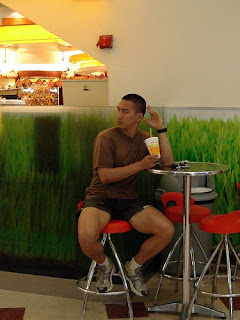 So many people comment on Samsara's tenacity. I have the EDT, which might explain why it doesn't project too far or for too long on my skin. But I do find that scents said to be strong by others read meek on me. All bark, no bite. While Samsara lasts, I love it. Not that it vanishes, exactly. Periodically throughout the day I can smell it. But it doesn't come on strong by any means, particularly not compared to some of the other glorious stink bombs I wear and admire. Ylang Ylang seems to be one of those notes no one can bring him- or herself to imagine on a man. Samsara is said to have a lot of it. Jasmine, itself arguably "feminine", can't help much. Yet, along with these are notes which confuse the picture. Carnation lends a certain bite, a sharp angularity to what might otherwise be soft and cushy. Bergamot and Tarragon extend the fragrance toward citrus and herbal. Sandal, benzoin, vanilla, and tonka aren't exactly the stuff of petticoats and pinafores. Samsara smells closer to male than many masculines I've known, unless by masculine you mean B.O. 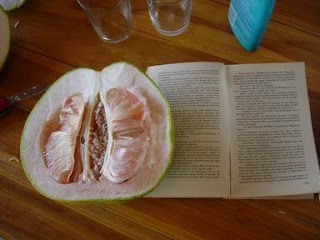 And White Linen proper, for that matter. I'll never understand why aldehydes are considered the exclusive domain of the ladylike. Pure White Linen has a nice honeysuckle emphasis, complicated by tea notes which veer it off into clean and crisp in contrapuntal thrusts. I wear most of the Lauder fragrances, and own all but Pleasures and its flankers. Cinnabar is one of my favorites. Youth Dew is an old reliable. Spellbound has its detractors but it continues to engage me. Pure White Linen adheres to that school of fragrance where cleanliness is next to godliness and perfume should be smelled not heard. I've never covered my ears when a perfume raises its voice, but I understand the attraction of clean, and Pure White Linen is exemplary of the trend. That said, it harbors hidden dissonance. It isn't, ultimately, as quiet as it seems. Perhaps it's just the faintest whiff of indole dirtying the overall impression. Maybe it's simply the fact that despite its "air" notes, Pure White Linen is anything but transparent or weightless. The pyramids of most fragrances sum up their contents in, say, twelve words or less. This is one of those everything but the kitchen sink fragrances, where grapefruit, cardamom, Granny Smith apple, raspberry and patchouli all hold hands, or jump under the covers. 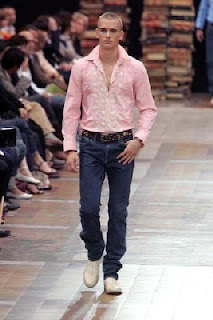 I have many, many, many bottles of perfume. Trust me. Looking at most of them, you might believe they haven't yet been used. Not so Kelly Caleche, which, after only a few months, is a good inch below the top of the bottle. I love the peppery opening, the crisp iris and the last-forever dry down. I've heard people say it's too tame, nothing special--or, more witheringly, confused. It makes perfect sense to me, and seems pretty bold in some ways on a guy. Soft but not plush, sharp without being shrill, Kelly Caleche wears wonderfully. Some scents require conceptual work before I can see them on a man. I have to work my mind around the idea, and break the fragrance free of its immediate associations. Kelly Caleche read masculine to me from the moment I smelled it. I have an aversion to many of Jean Claude Ellena's alleged masterpieces. They seem weak-kneed to me. I picture everyone sitting around the table to a home cooked meal. Everyone knows the food needs more salt but no one has the heart to reach for the shaker. Kelly Caleche saved me the trouble. I'm convinced that the briefing asked for a feminine, and because Kelly Caleche isn't quite, they colored it pink, just so everyone would know. 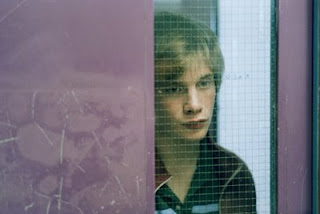 Insolence
Some of the stores in the east village sell the most incredible violet candies. They come wrapped in purple foil with vintage lettering. The tablets are dime sized but square and taste of soap and violet. They're curiously dry. They're manufactured by Choward, a British Company, and taste better than anything on Earth. You can buy them by the case for 12 bucks on Amazon, and oh are they worth every penny. One of my most perverse pleasures is handing one to a novitiate. The facial expressions as they chew on the tablet for the first time never ceases to bring me gut-wrenching delight. I find not everyone loves them, obviously--but more for me.

And so it goes with Insolence. Several notes are considered so feminine that to suggest otherwise is blasphemy. Against whom, I don't know. I suppose I'll never stop arguing for the emancipation of violet from such silly restrictions. I love many violet fragrances, Dans tes Bras being a recent addition to the canon. I've also enjoyed Creed's Love in Black, Bois de Violette, Grey Flannel, and Halston, among others. Insolence is in a category all its own. It might be enough for me to say it was made by Maurice Roucel. If not, I might assure you that the fragrance lasts all day, and then some, and projects as impressively. I've yet to smell the EDP.

So many knock Insolence, dismissing it as an ultimately imperfect fragrance, a near miss. They cite the alleged hairspray note at the top, a note I don't get; then again, I don't have much experience with hairspray. To me, there's nothing at all wrong with Insolence. 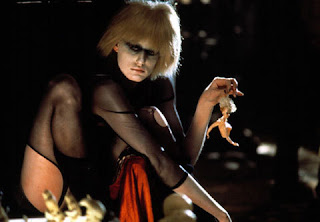 I keep singing the praises of this Lauder. It always seemed perfectly alien to me, neither male nor female, like Daryl Hannah in Blade Runner; indeterminately gendered, hopping all over the place faster than you can put a finger on it. Then I smelled Devin, also by Bernard Chant, and saw, again, what a little sneak Chant was. Aramis 900 smells not a great deal different than Aromatics Elixir. Aramis, Cabochard and Azuree all share more than a little of the same DNA. What distinguishes these from each other on the gender spectrum is often nothing more than real estate, showing how insidious conditioning and the power of suggestion are. Ask yourself how many so-called feminine fragrances might pass unsuspectingly as masculines if they simply crossed the aisle and the packaging changed. I often wonder. Chant seemed to have already made up his mind. His answer: tons. 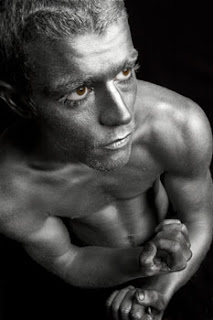 Metallic but fruity, a sort of peachy cum apricot note with the properties of a shiny tin roof reflecting the sun. Love in Paris lasts well and smells, on men, vaguely scandalous. Fragranceshop lists the notes as follows: Roses, Peonies, Jasmine, Vanilla, Greens of Violet, Star Anise, Wood, Apricot. The wood is decisive, complicating what would otherwise be more tongue in cheek as a masculine. I find that one note is enough to carry a fragrance across the gender divide for me. Wood, whatever it might be here, is possibly lost on a woman. Your mind smells the rest and the prevailing impression corresponds to expectations. Put Love in Paris on a man, and the wood teases out, popping like a compelling contradiction. It smells femme, but a guy is wearing it, and there's that wood in there too. Hmmm.

Couldn't agree with you more Brian, but I guess that's no surprise to anyone. Someone mentioned on Basenotes recently that Mistouko was of interest...until they saw it was in the women's section on Guerlain's website. More for me I say!

I used to buy into the gender divide with scents, until I became a perfumista - now I cross it with gay abandon!
I'm always pleasantly surprised to sniff a 'feminine' scent on a man. It doesn't happen often, as your basic London bloke seems to be pretty conservative in his fragrance choices.

I have to tell you that I am a huge fan of Guerlain's Mitsouko edp. I'm on my second bottle, in fact.

YES, it WOULD work beautifully on a man! (If my husband would only wear it and give up his CK favorite.) Mitsouko is complicated; a spicy, woody peach pit heart that opens on your skin all the while you're wearing it. This is a brilliant fragrance to wear in late fall/winter. Charlie Chaplin adored this fragrance, and I'm sure he had the extrait.

As for women who love men's fragrances - I am a woman who LOVES Guerlain's Vetiver-- made for men, yes, but many French women treasure this one.

Reach across the aisle and go for whichever scents appeal to you! YOU be the judge!