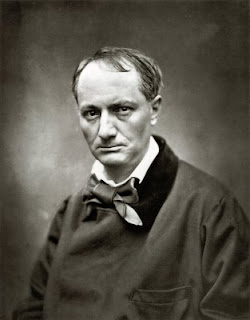 1. I'm slowly figuring out that the very first frags I smelled and liked are the ones I eventually go back to. Case in point, Molinard Madrigal. Smelled it in Portland at the Perfume House but passed on it. Almost a year later, I've ordered it online. I hadn't smelled it since, and am surprised by it; either I've changed, or it has. I'm guessing me. I love it but doubt I'd be drawn to it in a store at this point. I've smelled too much in the interim. My tastes have expanded.

2. Notes on Madrigal: sweetish, herbal patchouli? Deceptively long-lasting. Put it on then took a bath. Smelled my wrist a few hours later and there it was.

3. Chicagoans eat what one might politely call hearty food. I'm not sure how to train my stomach to withstand the assault of a four cheese deep dish pizza with pesto sauce. It felt more like drowning than eating, with mozzarella in place of water.

4. I don't mind a little bit of snobbery in my perfume reps, as long as they truly know what they're talking about. I will admit that this could be an allergic reaction to all the Sephora stupidity the local mall subjects me to. But an opinion doesn't turn me off. I have my own, too.

5. Chanel Coromandel reminds me a little of the original Prada. Please don't send me hate mail.

7. The perfume I use most lately, despite a constant influx of competition: Donna Karan Signature.

8. The reason I wear DK Signature so much: unknown.

9. DK Chaos came in the mail and I'm so bewildered by it that I'm convinced I must have received a different Chaos than the one everyone salivates about. It isn't just that it's distantly related to Black Cashmere, as I've heard; it seems practically identical to me for the first ten minutes, and after the first ten minutes I can't smell enough of anything to compare it to squat.

10. While on the subject of Donna Karan: maybe my bottle of Black Cashmere is off, too. After hearing how bold and tenacious it is, I'm surprised, even mildly shocked, at how closely Black Casmere sticks to my skin. I'll stick with Signature, another interesting addition, the most wearable yet, to the leather/suede arsenal in my cabinet.

11. Turns out, straight men will buy good, even great fragrance, if you take them in the right direction. And it's absolutely true, unfortunately, that an attractive saleswoman can sell them anything. Make sure she's as smart as she is pretty.

12. Conversely, that thing Baudelaire wrote about the dog and the perfume bottle is true, ya'll. Hold the most expensive bottle you can find under a dog's nose and it will recoil in horror. Hold shit under its nose and you have a lifelong, pant-happy friend. How this relates to people I leave to your imagination, and Baudelaire's, but I'm guessing it's at least implying that more people like shit than you would suspect. Perhaps if a beautiful saleswoman had held the bottle up to the dog's nose? Consult the picture above for an idea of the dog's master. You might recoil too.
Posted by Brian at 11/11/2008 09:34:00 AM

I went to a party in Pasadena this past weekend in a bohemian enclave of bungalows. One of the male partygoers was wearing a woodsy, herby cologne that really intrigued me. I asked him the name and he said it was Comme des Garcons Hinoki. Since he was odd, and intelligent and lived in Silver Lake, I made an analogy that you can often communicate with like minded people partially based on their smell or choice of smell. What do you think?

I really don't know, though I can say that anytime someone I meet is wearing something intriguing, I do my best to start a conversation and find out what it is. I think a lot of people who are really into fragrance (at least, this has been my experience)have done some research, and tracked certain scents down, and maybe they've built up an appreciation of scent in general. And that's a common bond. What else you can extrapolate from that I can't say. I've met a few people who wore one of the comme des garcons incense frags (namely, Zagorsk) and didn't know much about any perfume beyond it, but not many. In my experience, wearing an interesting scent has been indicative of an abiding interest, and it's typically that interest, that engagement, which interests me.

Abigail and I don't always like the same fragrances but we hit it off very quickly, and it's been a really rewarding friendship for me on a number of levels. The first time we talked on the phone I realized how much I was missing by not having that kind of connection closer to home. It's bizarre but fascinating to me how much an interest in perfume takes in. Our letters, for instance, hop all over the place, but the center of gravity is always perfume.

There's also the possibility that generally someone odd or offbeat is more likely to have come into contact with a line like Comme des Garcons. Someone odder still, or more individual, has the nerve to wear it and walk in that conceptual space. More than half the things I wear are experiments of some sort. I love the scents, to be sure, but they create some adjustment to my personality or other people's perception. Who knows, maybe the guy in Silver Lake was creating a room you'd have cause to enter.

I love Bad Education, by the way. And I'm fascinated with the Ambassador Hotel. I saw the old pic on your blog. Did you ever see the film made from old footage of the hotel's interior? I never have but would love to.

Silly. You add spinach to that deep dish, and voila, an edible nutritional powerhouse. Relatively speaking. ;)

Black Cashmere not so bold on me, either. I'm not one to keep quiet when a fragrance overwhelms me (have I mentioned Kingdom on here yet?), but BC has not done any tenacious loud stuff for me.

I leave with disturbed thoughts about dogs, excrement, and perfume....

My Dante is very tolerant and never betrays a reaction no matter what I wear, but he is used to me by now I suppose. Poor CB, he is not looking so well in that photo. The life of dissipation did not agree with him. He has written so beautifully about perfume elsewhere I forgive him the cynical comments about the bad smells being so attractive to the animalistic.

People who smell good must have a developed sensuality, (it's usually not a coincidence) and therefore are probably good company. More than that, you can't know til you find out.