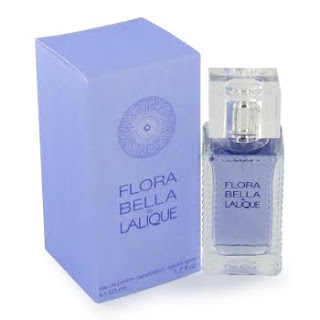 Recently I’ve become intolerant of florals injected with pink pepper and while Flora Bella lists pink pepper among the notes it’s not overdone. Flora Bella is rather difficult to describe from it’s notes – I smell freesia and frangipani the most prominently at first with a softly spicy carnation way in the background. It’s a sweet tropical fragrance but much less narrow minded than other tropical scents such as Monyette Paris, Kai, Ormonde Jayne Frangipani, Chantecaille Frangipane and the like. Flora Bella, while tropical, is still very much a sophisticated proper perfume without the casual beachy vibe. I’ve worn Flora Bella a few times over the past 2 weeks and I’ve come to regard it as a perfume very nearly in a class by itself. I can’t think of any other fragrances which I’d classify as sweet, tropical yet complex and interesting.

After Floral Bella dries down it morphs into a milky-vanillic-floral which is nearly edible. I think of rice pudding with a string of orchids decorating the dish. At this stage, the floral note moves closer to a sweet violet rather than frangipani or freesia – so from a distance it smells like a milky violet scent. It’s really rather sexy and delectable.

Flora Bella also has the one-two punch which is so necessary in a good perfume: it projects and lasts for a very long time. You can easily wear 2 sprays of Floral Bella and have it last all day. And while it projects, it does so in a polite manner, it’s not overpowering, yet it’s there.

I bought Lalique Flora Bella for a song from Rei Rien. I’m so happy I did – it was a steal and I’ve come to think of it as a hidden gem.

I must comment - Flora bella smells almost exactly as Fragonards "Belle de soleil". I have tried them together and I can not find the difference between them. They're both very nice, especially in summer. Warm, a bit tropical and sweet, bot not too sweet, luckily.