Ralph Lauren: Vintage Lauren and a burst of 80's memories 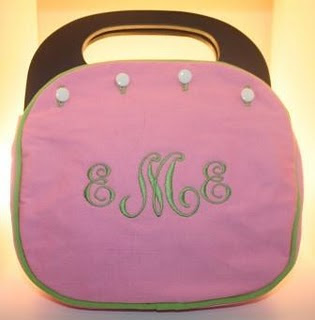 Wow. Vintage Ralph Lauren Lauren. I just had the strongest memories of high school after smelling it. I wore Lauren occasionally in the mid-80’s, I might have owned a bottle, not sure, but many of my friends wore it as well as their older sisters. I have always associated White Linen, Beautiful, Poison and LouLou with high school but I guess it’s been nearly 20 years since I smelled Lauren. Truth is the reformulated Lauren is tragic. It smells nothing like original Lauren. I know because I bought some for nostalgia’s sake a few years ago and was confused. I couldn’t remember why I liked it so much. This was because it’s not the same fragrance and the new crap is entirely different. I have no idea why they would butcher such a classic.

Junior High: monogrammed Bermuda bags from Pappagallo. Handmade braided hair barrettes with long flowy ribbons. Sticker albums. Duck boots. Duran Duran. Van Halen. Prince. Cyndi Lauper and Madonna. Ralph Lauren Lauren brings it all back so vividly. We used pay phones back then. I think they actually cost 10 cents. We could smoke in the movie theater (how dreadful) and cigarettes weren’t all we were smoking. Skin tight Guess jeans with ankle zippers. Everything else was baggy. I got an Apple computer as a freshman in high school; this was so cool. Arcades. Do you remember we actually left the house to hang out at the mall and go to the arcades? I had the high score on Ms. Pacman. How many times did you see Pretty in Pink, The Breakfast Club, Less Than Zero and A Room with A View? Then came “alternative music.” In Boston, this was WFNX, 101.7. The Smiths, The Cure, PIL, This Mortal Coil, The Violent Femmes (I can still recite about every lyric from the Violent Femmes), The Cult, REM (which I never really liked, I pretended to like REM), INXS, The Velvet Underground, They Might be Giants, Pixies, 10,000 Maniacs, Ministry, Siouxsie and the Banshees, Bauhaus, New Order. I wore only black from about 1986-1989. I was so goth.

Goodness. I haven’t thought about Rob Cheevers, my major freshman crush, in ages. He was a senior I was a freshman. So cliché. I just about stalked that poor boy. Dear Lord Rob Cheevers is over 40 now. He’s probably fat and bald. Demi Moore was flat chested in the 80’s. Tom Cruise was relevant. Molly Ringwald had the puffy lips, much before Angelina Jolie.

Sigh. RL Lauren, you smelled so pretty. How times have changed. 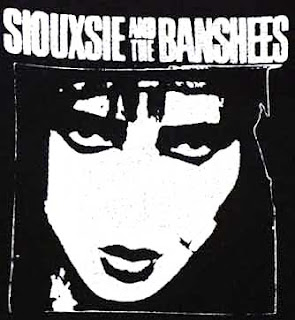 Too funny, Abigail. I was just trying to hunt down some vintage Lauren last night. It was such great stuff, and like you, I bought some of the new stuff and just felt *mad* that they had ruined it!

I really need to sniff vintage Lauren - the new formulation is gosh-awful.

Abigail -
By the sounds of it, we would have been friends in Jr High and High School!.....you described perfectly just about every girl that I knew in High School....and yes, RL Lauren was a big part of that too.
I remember getting sick once at a midnight showing of "Rocky Horror Picture Show".....it was the middle of summer and the air-conditioning in the movie theater went out about mid-way through the film.....the group I was sitting with had DOUSED themselves with Lauren and Polo and Halston Z14 and the smell coming off our warm bodies was noxious!!! Add to that Bartles and James wine coolers and a pack of cigarettes (stolen from my Mom's purse) and you have the makings of a very sick boy right in the middle of" Toucha, Toucha, Toucha, Touch Me".....awww....the memories of youth.....

Having come of age in the 80's, I enjoyed this post very much. (Although I think I'm perhaps a few years older than you. And I didn't own one of those purses, because money was tight at my house - but my best friends did!)

When I picked up a partial vtg bottle on eBay a few months ago and sniffed it, I immediately realized that I'd smelled it before: a college friend of mine had worn it, and I just hadn't known the name of her scent.

It really is lovely: rose, violet, carnation, and some green stuff. A bit soapy, a bit mossy, entirely pretty and proper. I can't smell anything in there, other than the moss, that would trigger an IFRA reformulation - seems like they yanked out the florals and stuck an entirely different set of them in. Okay, maybe they had to ditch the carnation - but surely they could have just toned it down, instead of changing the character of the fragrance so thoroughly??

Marko,
Rocky Horror!! Me and the goth gang went so many times. More lyrics I can recite ;-)
OMG Bartles & James Wine Coolers! I haven't thought of those in ages. They tasted like juice and went down so easy. I convinced my parents that there was hardly any alcohol.

Mals,
I'm 39. As of last week. (((sobs))) graduated HS in '89.
I remember having to save up several weeks of babysitting income for my first bermuda bag. And, those SOBs at RL, it makes no sense why they reformulated the crap out of Lauren; as you listed, it doesn't seem like there are ingredients that IFRA would have necessarily removed. It doesn't smell oakmossy to me, so it's just an awful thing. I was able to get 2 bottles of vintage Lauren from a BNer. I sold one on TPP and I'm keeping the other for the lovely scent and the memories...

Reading your post was just as if I was reading about myself! Are you my twin??? I even wore Lauren for a while back then. It was a great fragrance. Thanks for the memories, and I'm going to listen to Soft Cell now.

You know, I'm not really sure exactly how you discern vintage from the new dreck. I purchased my 2 bottles off someone on Basenotes who had them identified as vintage. When I received and sniffed them they were for sure vintage. The bottles and boxes were a bit old, dusty and scuffed up...sorry to not be of more help.

GG, my partial bottle was labeled as vintage on ebay - I knew I was taking a risk, but I think I paid less than $10 for the thing, so that was worth it.

My very-picky, "I don't want to smell like PERFUME!" teenage daughter likes it.

Abigail, I'm only a few years older than you! My babysitting money went for movies... and lacy bras from JC Penney's, which my conservative mother would not buy me. (Bartles & Jaymes was hot when I was in COLLEGE, and almost legal drinking age!)

OMG! Papagallo!!!??? I graduated from HS in 1978 - small town west of Boston. All of the "it" girls had those purses!!!! Of course, I was not one of them. ;-) Had dropped in from Colorado in the 8th grade, and hadn't jumped on the preppie wagon quite yet. Levi's 501s, Lacoste crocodile logo polos, and duck shoes (?) were the style. My sister wore Lauren, and I stole it from her on occasion. Can still smell it now. Haven't bothered to try the current rendition as I didn't want to be horrified...

Are your vintage bottles edc, edt, edp or parfum? and what size are the bottles?

And, Brian has pointed out to me that the listed ingredients have gotten longer with newer frags. The ingredient listed on my box are simply: SD Alcohol 39-C, fragrance. So I bet any bottle with only 2 ingredients listed would be the original/vintage.

You are the best! Thank you!

I love you so much for this post Abigail! Where is my darn Bermuda bag now? I think I had that same one. Wow.

The blog is very complete and very helpful the pictures you used to understand, really amused me much, but not so much how to use Generic Viagra than that if it's fun, but if I really like your blog!