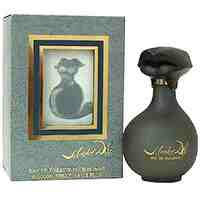 Now that the leaves have started turning and the weather has noticeably cooled, many of the scents I wear and own suddenly smell remarkably different than I remember. It isn't just that they last longer and project more. They seem to have gone through some transformation in the dark recesses of my perfume cabinet. I find myself liking scents I previously felt ambivalence towards and had quickly forgotten about.

I liked Kenzo Jungle Elephant but didn't love it, for instance--until this evening, when a friend who likes Feminite Du Bois but finds it lacking in the lasting department came over and I suggested Elephant as a more tenacious alternative, like Feminite on diesel. I sprayed it on my arm to demonstrate, hoping she'd like it more than I did so I could free up some storage space, and was struck with the thought I might not want to give it away after all. It smelled fantastic, conjuring all sorts of associations formerly lost on me, back in the heat of summer, when I first purchased it.

After she and the Elephant left, I rearranged my perfume cabinet, wondering what else I'd banished to the back. The first thing I found was Salvador Dali Pour Homme, a fragrance I purchased sometime last Spring. I wore it once to work, and was deeply embarrassed by what I loosely characterized as its barnyard charms: some sickly whiff of muguet mingling wantonly with excremental musk. I felt as though I'd worn the same pair of underwear two days in a row, after an unexpected overnight tryst, the kind of stay-over you leave abruptly, first thing in the morning, and smell on your upper lip the rest of the day. There was something about Dali I wanted to like and almost got on board with, but something about it didn't sit so well, either.

I was surprised, back then, by its lasting power. Then again, longevity isn't something you look for in your underwear. I loved the bottle, and the packaging, both of which struck me as perfectly apt representations of Dali's ambiguous but potent qualities; black, frosted glass, a genital contour so evocative you could imagine pubic hair sprouting on its surface, all of this encased in the kind of box an obscure vintage port might have, if it wished to camouflage itself as poison. The ubiquitous lips lid of Dali fragrances has seemed laughably naff on every juice released by the brand, save for this one, where, contrasted against the sexualized Gothic features of the bottle and box, and the juice itself, the mouth seems, somehow, downright sinister. All of this is enough reason to hold onto a cologne, of course--if only as an oddity.

The Dali I sprayed on my arm tonight is only remotely similar to the Dali I remember. The balance between muguet and musk seems perfectly judged. The lurch I first perceived from the aromatic notes up top to the floral heart is a much more decorous transition, practically imperceptible. The geranium and jasmine seemed to be shouting at each other back then. The muguet seemed to be rotting somewhere in the balance. Something about the cool weather, its chemistry, the mood it puts me in, disposes me to experience Dali now in an entirely different way. To be sure, it's a weird one; but, I would add, fantastically weird.

Dali was created in 1987. Osmoz classifies it as an oriental fougere, which makes sense: that's an unusual category to begin with, a bit of a clash. 212 Sexy Men and Joop Homme are also classified as such, and couldn't seem farther from the territory Dali occupies. Those scents reassure by sticking to known combinations. Dali is bold in a more unsettling way. Cedarwood, patchouli, musk, leather, amber, sandalwood, and vanilla don't exactly constitute an unconventional base. No one level of Dali would surprise anyone; not the fougere medley up top, nor the floral arrangement in the middle. The layers themselves aren't uncanny; their superimposition over each other, however, creates something so wilfully strange it borders on the macabre. The juxtapositions shouldn't work--and wouldn't, in theory or on paper. Somehow, in practice, they not only work but achieve some sublimely unlikely alchemy.

It might be that Dali's smoky oiliness just doesn't function properly during the summer months. Maybe it's like trying to see a Van Gogh properly under fluorescent lighting, or watching Dark Shadows at Christmas, where Barnabus Collins seems more like Edith Prickley than a vampire. Cooler weather seems just right for the fragrance. It starts to breathe, inhabiting the imagination in much more dynamic, insidious ways. Maybe it's like a bag of leaves or grass clippings. Leave it out in the sun and everything you like about the smell goes rancid and obscene. Keep it in the shade and it seems like bliss wrapped in plastic.

What an inpired review this is! Thank you.