This Week at The Perfume Counter: Seattle 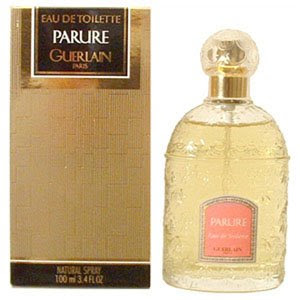 I missed my first flight to Seattle last Saturday. Supposedly, the alarm didn't go off. That's what my boyfriend tells me, though I suspect this is like the time my bottle of Port disappeared and he looked at me with a wide-eyed face swearing innocence. Luckily, I was able to book a flight for a few hours later.

This put me into Seattle at 4, rather than 11:30, as originally scheduled. I was going for a film festival, but my main priority was finding out where Nordstrom and Barney's were in relation to my hotel. The festival programmer who picked me up assured me they were nearby. I dumped my bags in the room and raced over to Nordstrom, not expecting much. I'd looked online the night before and hadn't seen anything I was too desperate to smell. I remembered the disappointment of Nordstrom in Portland months before. The only surprise that trip had been Declaration Essence, which knocked my socks off.

As it turned out, Seattle Nordstrom had many things I've been curious to get my hands on: many of the Guerlains, for instance, in all concentrations. They had pure parfum testers in spray bottles, meaning I could cover my whole hand in Mitsouko and L'Heure Bleue. If you haven't smelled these in anything other than EDT you might want to. Mitsouko in particular smells phenomenal. It stayed on my skin for the rest of the day. Best of all, the store stocked Vol de Nuit. Perfume House in Portland once sent me a sample of the EDP but it was very old and smelled nothing like the fragrance I smelled at Nordstrom. Nothing I'd read had led me to expect the bold gust of galbanum at the the top of Vol de Nuit. Osmoz categorizes the fragrance as oriental-vanilla. I get the oriental, and even the vanilla to some degree, but the galbanum puts it in an entirely different place for me, somewhere closer to Miss Dior.

The informed expertise of the woman who helped me made her ubiquitous presence more bearable. At least she knew what she was talking about, I guess. My biggest complaint when a clerk follows me so closely is not being able to concentrate. Smells speak slowly to me a lot of the time. It takes me a while to figure out what they're saying. The pervasive background of mindless chatter at the mall never helps, and a clerk complimenting my good taste as she pimps the latest Boss on me can make me downright homicidal. The best I can hope for is intelligence and the ability to carry on a relatively enlightened conversation.

I was able to smell many of the Carons I hadn't spent much time on before, of which Parfum Sacre and Aimez-moi were my favorites by far. Aimez-moi might be the best violet I've ever smelled, finding just the right combination of contrasts. The addition of cardamom and anise takes the fragrance right to the edge of violet. Magnolia and jasmine soften things up. Vanilla gives the already tasty quality of violet a nearly edible doughiness. Parfum Sacre is a rose with incense undertones, due to the counterpoint of pepper, mace, myrrh and cardomom. It wears lightly but with persistence, and smells by turns incredibly simple and impressively complex, like the heady air in a cathedral during mass.

Abigail has written about Tom Ford's White Patchouli elsewhere, not so favorably. I was more impressed, attracted by the medicinal quality she found abhorrent. The fragrance strikes me as a favorable alternative to Lovely and Narciso Her, both of which wear so lightly on me I cease to detect them after a few minutes. Both have left me feeling on the outside of an in joke. White Patchouli has their musk-driven foundation, but locks things in with a healthy quotient of patchouli, incense, and coriander.

I also smelled Private Collection Gardenia and Amber Ylang, the latter of which I liked more than the former, reversing my expectations. David Yurman was pretty enough. The new Shiseido Zen is a pleasant, even somewhat compelling patchouli bomb. Another surprise was the presence of the Chanel Exclusif line at Nordstrom: Coromonadel smells, to me, remarkably similar to Prada. 28 La Pausa is a boozy iris on the rocks. No. 22 is a gorgeous alternative to numbers 5 and 19.

Barneys was the true disappointment. I'd expected Baghari, the comme des garcon incense series, the Rosines; in short, the selection I'd encountered in LA. Instead, there were Lutens and Malle, and very selective offerings from other lines. I did eventually get Malle's Une Rose during my stay, after spraying it on one morning out of curiosity and spending the rest of the day under its aromatic thrall. I've heard the arguments against Une Rose's bid as best rose ever. I've heard how it isn't supposedly anything truly exceptional. A rose is a rose, etc. I've heard all that and expected very little. The truth is, it's fantastic in every way. And if this is all a rose perfume can hope to do, then the stakes are very high. I've yet to smell a rose that compares more than favorably.

The best part of Seattle was Perfumerie Nasreen, located off the lobby of the Alexis Hotel. This downtown shop has many scents you won't find elsewhere. It's uncomfortably small and precariously arranged, and feels as though you've stepped into someone's perfume cabinet. The testers are perched atop their boxes, which is fine until you get to odd-ball bottles like Kenzo Flower. For the most part, it's help yourself in there, though there are places you have to ask for assistance. The owner knows a lot about perfume, but don't ask her about Turin and Sanchez, whose names she hasn't bothered to commit to memory. She refers to Perfume: The Guide as "that book" and dislikes it immensely for being so opionated. She is very opinionated herself, and proceeded to tell me precisely which perfumes to love and which to despise. When I pointed out to her that most people, writers and admirers alike, feel very strongly about perfumes, for and against, and that Turin and Sanchez ("those people") were simply giving voice to that passion, she rolled her eyes insolently. Her seasoned disdain seemed silly to me, given how many new customers the book must be bringing her. I wouldn't have bothered to seek her out if all I knew to look for was Paris Hilton and Britney Spears.

She's a shrewd businesswoman. During Christmas she delivers five pounds of chocolate to the perfume counters of each Nordstrom location, expressing her thanks for customers they have "referred to her". Methinks she owes "those people" and "that book" some chocolate too. It was a fun place to shop, despite or even because of her bossy flourishes. When I arrived with my friend and we began spraying testers, she demanded the door be opened. I get a headache, she explained, which did seem a problem for someone running a perfume shop. She seemed impatient with our exhaustive curiosity, though I'd been there several days before, when someone else was behind the counter, and spent three hundred bucks before leaving. Surely a perfume migraine is preferable to "I can't pay the rent" aches and pains. She also fibbed, which was only unusual because both my friend and I made it perfectly clear within minutes of our arrival that we knew more than a little about perfume, if only by the ones we requested to smell. When I asked if her cap-less bottles of Guerlain Parure were testers she denied it emphatically, curtly assuring me that this was how the bottles had arrived from Paris. Similarly, I was born at night, but not last night.
Posted by Brian at 10/24/2008 12:51:00 PM

OMG - did you get those capless bottles of Parure!!! I would have had a go at buying them for this is a fabulous scent that Crazy Guerlain have discontinued!
Rrrrrr

I was in her store earlier this month. Nasreen is pushy and slightly impatient. As soon as I was on my way out the door she was on the phone bragging to someone about how many bottles she had pushed on one person earlier in the day. At least save that conversation for private. I had a good time in her store regardless.

Hi Lady Jicky, I didn't buy the Parure. I loved it but decided that it smelled very similar to Joy. That said, yesterday I found the strip I'd sprayed it on and it smelled fantastic--and different in the drydown than Joy.

Alanna, Nasreen was definitely an experience. And weird, in the sense that when we first showed up, she was very impatient with us, as if we were blocking her view and she wanted us to hurry up and move. When we returned several hours later, she couldn't have been sweeter. It was night and day. The second time, she regaled us with stories (talking about how she takes chocolates to the sales force at Nordstrom, how one department store boasted of their "bad girl" section which included Jessica Simpson, Britney, and Paris, etc). It's clear she's informed and takes a great interest in what she does for a living. She says she's very passionate about perfume. A powerful personality can't hurt, I guess. My friend adored her in that way you do bossy older women who somehow get people to move mountains for them by force of their personality alone. My friend is about ten feet tall and slender and had an equally enormous purse. I was stressing about it because I just knew she'd knock something over. She did send a bottle of Kenzo Flower flying. The owner caught it and with a casual roll of the eyes replaced it, positioning it in an even more wobbly place. My friend expressed concern about breaking something. The owner scoffed. "It is never a problem," she said, like God announcing his plans for an obscure ant farm three counties over.