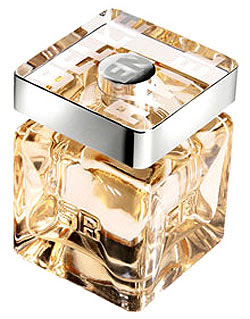 Amber has never made my socks roll up and down, so I'm probably the last person to argue for or against its finer points. I can ultimately only judge an amber fragrance on the purely technical terms by which I judge every fragrance, but even anything good I have to say about the rare amber I like will lack that dramatic enthusiasm I have for a galbanum scent which gets it right, like Chanel No. 19 or Alliage. Every so often I pick up an amber I like, even if it only truly speaks to me because nothing else happens to be competing with it at the time.

I do like Ambre Gris by Balmain. It's cheap, it performs, and in its way it stands out. It's the only amber I know (you'll have gathered I don't know many) which takes an abstract, aquatic approach to the material, signalling its oceanic origins. There's something salt-watery about Ambre Gris. There's something sweet, too--probably the immortelle--but in contrast to the salty aspect in a way which makes the fragrance seem unfinished sometimes and slightly askew at others. I don't get the tuberose or the cinammon, or much of anything else listed on the pyramid. It lasts well and the bottle is one of the most attractive for the money. It sits in your hand and on your dresser like a million bucks. The glass is smoked. The cap weighs more than the whole thing put together, and, as Abigail pointed out elsewhere, looks like a souvenir from Epcot. In a good way. Somehow, the packaging only reinforces the nautical feel.

Belle en Rykiel smells similar at times to Ambre Gris, but more well rounded. The company described it as an aromatic oriental, which might be why you can find it on so many sale shelves now. It's one thing to play around with gender expectations. It's another thing to announce the intentions so inelegantly. Hey, says the aromatic oriental, I'm your dad coming out of the barber shop to meet your mom in front of the beauty salon. Have some Barbasol. Belle en Rykiel goes on with a burst of rooty lavender, underscored with chocolate, mandarin, red currant, coffee, and incense. Don't get excited by the word incense. You won't smell it in the mix. It all dries down into a nice, friendly amber, which floats up from the skin indefinitely. I'm not knocking it. I had a small bottle and figured it wouldn't be enough to last me as long as I feared I might think I need some, so I bought a bigger size too. So I must like it. Then again, this stuff pops up pretty regularly at Tj Max, where 2.5 ounces goes for 15 bucks. If spending so little makes you feel cheap, it might make you feel better to know that it can be had at Perfume House in Portland for somewhere around 50 to sixty. Another nifty bottle: this one, too, a nice chunky block of glass. A thick block of lucite tops it off, recalling the seventies. The dry down is slightly woody, with enough patchouli to keep things intriguing.

Recently I tried Ambre Precieux by Maitre Parfumeur et Gantier. I have to agree with its many fans that it smells of high quality, whatever that actually means. It begins, like Belle en Rykiel, with lavender, getting off to a cheery start. Its foray into herbal is much less halfhearted though. It actually puts the Birkenstocks on. There's no pretense toward gourmand or sugar sweetness as in Belle and Ambre Gris. Neither is there the fragrant Middle East I was led to expect by reviews. Eventually it goes slightly powdery, and stays that way, rich and subtle, for hours. It doesn't register to neighbors as well as Ambre Gris, and yet it isn't exactly a skin scent either. It was created by Jean Laporte, who nosed many of the line's best. Ambre Precieux is one of those perfectly respectable fragrances I would grab for an occasion I didn't want to offend anyone. It would still allow me discreet little surprise discoveries throughout the day. Because it's so respectable you assume it will be innocuous. It isn't. There's just the faintest whiff of wine in there, too.

Another amber I might never have given a chance had I not been bored and smelled it myself is Ambre Passion by Laura Mercier. Could this be discontinued now? It isn't listed anymore on the company's website. Ambre Passion is actually ultimately the more interesting of the lot to me and I have no idea why. There's a smoked leather accord in there somewhere, albeit barely. Enough of it comes through to make the overall effect as quirky as it is pleasant, I suppose. There isn't the slightest bit of powder to it, in case that kind of thing bothers you. It has a balsamic aspect I enjoy. Like the others, it lasts--and has a great bottle. What is it about all these amber fragrances? More than half the attraction is the packaging. All have big chunky tops. The Maitre bottle has the standard oversized red jewel on top and looks like one of those candy sucker rings kids get from the convenience store when they can't convince their mothers to buy them anything else.

Smiles at a mention Alliage...