Will the Real NORELL Please Stand Up? 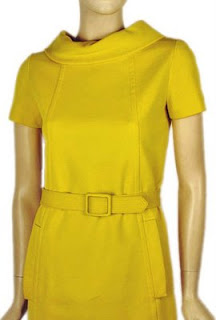 When I was a kid, Norell was the kind of perfume I expected to see out on my grandmother's dresser, displayed on a gold and glass tray. I wonder what it was about the bottle, or the perfume, that made it seem so formal, made it such an exhibition piece. I remember it being incredibly rich, with smoky galbanum notes and a luxuriant complex of spiced musks, placing it alongside other old time heavies like Dioressence, Miss Dior, Youth Dew, Aliage, and Arpege. I couldn't imagine anyone wearing it without a dinner date or a gala to attend.

Now that I know what was in Norell--in it back then, at least--that doesn't seem like such odd company to have kept. At the time, I knew nothing about galbanum, and really didn't identify it as a green, coniferous note with mentholated overtones. Instead it made perfumes like Miss Dior and Aliage seem impossibly heady to me. Youth Dew was heady too (and made, or so some say, by Josephine Catapano, the same nose who created Norell and Laroche's Fidji). Youth Dew and Norell share a balsamic density which made them seem interchangeable in some way, a dignified secret passed from one bottle to the next. They were the kind of perfumes old women wore to create a line of defense against a younger generation's lack of manners, good breeding, and class distinctions.

Over the past several weeks I've tried various reformulations and concentrations of Norell, all of which, though fairly different in many respects, open on a strong gust of galbanum. Where they differ most is in the dry down. The latest reformulation ($5.99 an ounce at Perfumania) opens with sharp galbanum, radiates quite nicely, then promptly collapses into a muddled, if persistent, amber. Given how low much higher and mightier ilk have stooped during the past decade, fudging around with their formulas and their ingredients, it's a wonder a drugstore standby like Norell hasn't descended altogether into hopeless mediocrity. Just don't go comparing it to the original. Lucky for you, that would be hard to do, as the original is hard to come by, and after so many versions, who would recognize it?

The fragrance was released in 1968 by Norman Norell (he dressed Lady Bird Johnson, Babe Paley, Lauren Bacall, the socialite Hope Hampton and Dinah Shore, among others) and was sold to Revlon in 1971 for 1.25 million. The Revlon formulation would have been what I snuck out of my stepmother's medicine cabinet in high school: still rich, still smoky, opaque and full of stark contrasts, like a strand of pearls against a black wool evening dress. It still had something of a reputation to uphold. In the late nineties, the fragrance was sold to Five Star Fragrances, which also owns the rights to Royal Secret, another perennial el cheapo balsamic bomb (not necessarily a bad thing: see Youth Dew). An attempt was made to market the fragrance back to the young women who must have smelled it on their own mothers and associated it with class, luxury, and a certain overall way of life, a fantasy of affluence. Faye Dunaway, a woman their generation watched mature on movie screens, was made the face of this new good old Norell. The Dunaway formulation smells, like the others, of galbanum up top, pungently green, but this is something of a come on, as the underlying content is lacking in substance and devolves into a hollow, tangy mess; not quite green, not remotely smoky, and nowhere near rich.

It seems to me the closest I'll get to the old Norell is the bath oil, judging by recent revisitations. At about 10-20 dollars an ounce online, the oil is a real bargain, if not an outright steal. For this you get the smokiest, greenest, most balsamic iteration of the lot. It goes on rich and it dries down that way, remaining complex, retaining its density. It smells wonderful, and relates clearly to Youth Dew, which is also available, also smoky and warm, as a bath oil. I imagine the bath oil is close to the pure parfum, though I haven't tried the latter. Norell also comes in a colonge spray. I haven't tried that either. The pure parfum is also dirt cheap, all things considered, and might be worth a shot.

The Scented Salamander lists Norell's notes as: galbanum, ylang ylang, carnation, clove, cinnamon, coriander, vanillic cardamom, musky vetiver, oakmoss, and myrrh. I can't dispute any of these, nor can I smell them individually. Norell is a concerted effect and feels, like Youth Dew, highly concentrated. Myrrh makes rational sense, as does clove and carnation. There's a spicy radiance to Norell. A New York Times Magazine article from 2001 discusses how complex those old perfumes were. Catapano characterized them as "long, like a treaty." She never understood why Norell didn't remain more popular than it was. Maybe she did understand and simply refused to accept the obvious. Comparing Ellena to Norell, for this generation, at least, is like trying to convince someone to wear a heavy boucle coat instead of a gauzy linen wrap on a Spring afternoon.

From the Times article: "Paul Austin, Quest's vice president of marketing and new business development, says that when Norell appeared, it had a lot of presence and character, unlike the lighter florals in America. Perfumers today could never get Norell past the focus groups. 'The green top note is a tough sell,' admits [perfumer Rodrigo] Flores-Roux, referring to the pow of galbanum, the resinous grassy odor that first hits the nose. Austin adds that American women have an aversion to the clove and spicy floral notes at its heart. The aldehydes supported by ylang-ylang dates the fragrance, putting it in a class with Chanel No. 5..."

"It's a silly world," Catapano said, considering what had become of her favorite creation. "It's the best fragrance. And nobody buys it anymore." Chanel has had reason and the wherewithal to reformulate Chanel No. 5 for future generations, translating the fragrance according to changing times. Norell has had no such good fortune.
Posted by Brian at 3/15/2009 07:18:00 PM

I discovered NORELL not long after the original release and it was my signature scent for years until the formula changed and they left out the spicy carnation...I wish the new NORELL NEW YORK had used the original Josephine Catapano formula...if it isn't broke, don't fix it!!! Men and women alike would actually follow me around to ask what fragrance I was wearing...I have missed a very important part of my identity...so many feel as I do...