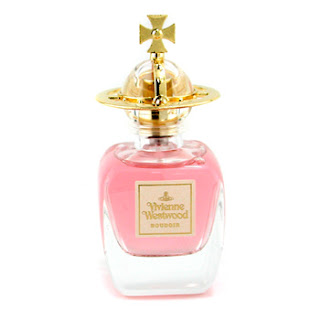 Boudoir is perhaps the only fragrance which caused me to swoon to unbelievable heights at first spritz then soar into absolute nausea by the end of the day. I mean, I wanted to crawl out of my skin. I needed to shower. I simply had to launder the clothing it had contaminated.

I’ve read the reviews of Boudoir (including TS’s review in The Guide calling it “Bidet”) so I was prepared for something potentially gaggity. Perhaps this over preparation is what caused me to both love it and hate it so strongly. At first, Boudoir smells like a potent fl-oriental with loads of powder – but in a very pretty ladylike (ok, maybe lady of the night) manner. I kept thinking (for the first hour) why does everyone call this skanky/dirty because it’s so sultry gorgeous. That first hour was pure joy. I thought I had found (another) top 10 scent of all time.

Then...after about 3 hours Boudoir began to smell like, like...well I’ll just say it...like bodily fluids, female bodily fluids in particular and very similar to the way your sheets might smell after having a really, um, sweaty and repeated romp all night long during the summer in a humid bedroom without air conditioning. Sweet, musky, sex.

I came home from the office and told my husband I needed to jump in the shower because I felt like I smelled like a “prostitute who had a very busy day.” He took a whiff and said that I kinda did smell like that. Well, then, of course I said “How do you know what a busy prostitute smells like?!”

Oh dear, rather like McQueen then. I found that one dried down rather naughty.

Hmmm. if two people wearing Boudoir and McQueen had sexy time, it would be a pheromone explosion! Yikes!