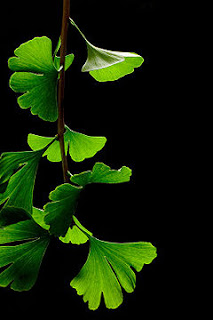 Not only am I a Trekkie geek but I love American Idol. I’ve been watching AI since Season 3. I was shocked Adam Lambert didn’t win. Kris Allen?? If not Adam, then I would have picked Alison or Danny. I’m not as upset by Adam not winning as I was the year Bo Bice didn’t win, though.

I had some drama this week with Parfums de Nicolaï Mimosaique. There were a few days when I was devastated because I’d been told it was discontinued. I called their main boutique in Paris and ordered a few bottles in a frenzy. I had already called Beauty Habit and Luckyscent who both told me the scent was dc’ed. Then I heard that due to popular demand Luckyscent will be restocking Mimosaique again. ((Relief)). I’m in a much better place now.

I really don’t think of myself as a perfume snob. When I write several reviews in a row of very expensive perfumes it makes me feel bad. I promise to review something inexpensive this weekend. Because I believe, down to my very core, that the price of a perfume has nothing to do with how good it is.

This week my dogs wore Demeter Honey and it smelled great on them.

I finally got a sample of Amouage Ubar. It’s not what I expected. I haven’t decided what I think of it yet.

I read on POL that L’Artisan is having financial troubles. I often criticize L’Artisan fragrances for their lack of decent longevity and sillage. At the sudden prospect of L’Artisan not existing or drastically reducing their offerings I suddenly realized that I really like several of their perfumes. I don’t think I’m in the minority but I think if they used a better fixative, one that made their fragrances last like Estee Lauder (cannot even scrub EL off!) more people would buy L’Artisan perfumes. It’s the fleeting nature that causes me to balk at their prices. The perfumes themselves are beautiful.

Salad of the week: Cobb

Guerlain Cologne du 68 is the most practical scent I’ve ever smelled. It’s the closest thing to a skin scent that I like.

Diptyque Oyedo is an amazingly bracing and fresh grapefruit scent. Don’t forget about this one in the heat. It’s grapefruit + minty green herbal zest.

I absolutely love the shape of gingko leaves and want a tree in my yard.

Perhaps it’s obvious but Jean Claude Ellena is not among my favorite perfumers. JCE is a minimalist and I’m crazy about “maximalist” fragrances.

I no longer read Booker Prize winning novels. I’ve come to find that Booker Prize winning novels are essentially incoherent and I have to force myself to finish reading them. Books like The English Patient, The God of Small Things, and Amsterdam were pretty dreadful for me. I did, however, enjoy Life of Pi and Disgrace very much. Also, Fingersmith, written by Sarah Waters was a darn good yarn and this was nominated for a Booker but didn’t win. Ok, maybe I won’t entirely write-off Booker Prize winners, but I’ll hesitate before reading.

Your 'Random Thoughts' posts are always such fun and I never know where to respond, but they bring up many thoughts of my own.

- I've yet to try Mimosaique, but I'm glad your sadness was assuaged.
- I received a sample of Ubar about three weeks ago; it's lovely, but I don't love it.
- Uh oh, I'm a big fan of L'Artisan and it's the line I most consistenly love. I'd own many more of their fragrances if there wasn't SO much darn other product competing for my attention.
- Hear, hear! for price not correlating with quality.
- I don't particularly seek out Booker winners, but I've greatly enjoyed a few, including The Life of Pi, The Line of Beauty, and The Remains of the Day. I also want to read The White Tiger at some point, but The English Patient is actually one of my favorite books ever -- it made me weep. Sorry you didn't like it, but hey, we all like different things.

Meant to tell you - I'm all over Honest Tea's Moroccan Mint Green Tea - love it! Also, love their Jasmine tea and Pomegranate Red tea. Thanks for the tip.

I was actually agreeing with you about the most recent spate of Booker Prize winners and nominees -- my bookclub keeps choosing them, and I have been suffering through them. The Gathering, a Fraction of the Whole, etc. But you lost me at The English Patient, which is one of my 4 favourite books of all time..,

L'Artisan is one of my 3 favourite perfume houses, and I probably buy more of it than anything else (it's cheaper than Frederic Malle!). I'd be devastated if they cut the number of scents they carry. If they were to disappear, I think I would go into mourning...