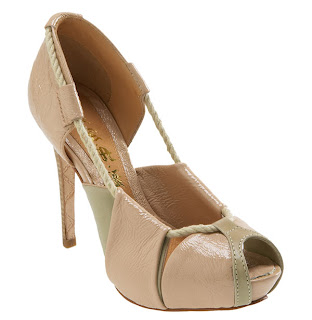 Am I the only person who finds La Myrrhe reminiscent of Chanel No. 5? For me, La Myrrhe smells like a Lutens/Sheldrake homage to No. 5, with their characteristic twists and bold signatures, of course.

Aside from the similarity with No. 5, La Myrrhe is an enigma. From the start, it’s sheer and bright, it leans toward bitter, and, to be blunt, medicinal. But then it’s also resinous (the myrrh) and there’s a hesperedic layer throughout the fragrance and an almost (very feint) marzipan paste.

Is La Myrrhe difficult to describe? Yes. Is it what I expected it to smell like? Not at all. When I think of myrrh itself, I imagine Diptyque’s L'Eau Trois, which is my favorite myrrh scent. I also have Annick Goutal’s Myrrh Ardente, which didn’t work out for me, it smells nice, like woody rootbeer, but not as I’d hoped. La Myrrhe doesn’t smell like myrrh essential oil, as you might expect, given it’s name. It is most definitely the aldehydes that remind me so much of Chanel No. 5. La Myrrhe starts off with a great soapy aldehydic pop which lasts for the first hour.

Like several Serge Lutens fragrances, La Myrrhe is not to be evaluated upon first sniff or even the first hour. After the aldehydes burn off, the fragrance changes. It loses it’s soapy aldehydic pop and instead turns sweetly spicy, like spiced Coca Cola, with anise and woods. This combination is generally what myrrh smells like – it isn’t a mistake that there’s a Coca-Cola/root beer vibe.

La Myrrhe has such stark duality that I imagine there are many who would either love the opening and dislike the dry down or vice verse. I happen to like both, the aldehydic start and the sweetly spicy dry down, but overall I like this fragrance, I don’t love it.

La Myrrhe clearly conjures a vision of a certain type of woman for me. She’s the offspring of proper wealthy ladies who have worn Chanel for decades but this lady prefers not to flaunt her wealth. Instead she exudes a bohemian charm, with chunky jewelry, loose wavy hair and maybe even a tattoo. Ignoring her politics, personality and history but based solely on appearance I imagine Angelina Jolie wearing La Myrrhe. It needs to be mentioned that La Myrrhe makes an excellent masculine as well.

PS: I just came across the shoes and loved them. Made by L.A.M.B, called Tegan Pumps, available at Nordstrom. Since I couldn’t find a good photo of a La Myrrhe bell jar and I did not want to assault you with yet another photo of the overexposed Jolie I went with the shoe image. And, I do image La Myrrhe wearing nicely with these shoes.
Posted by Abigail at 7/06/2009 10:26:00 PM

I have not sniffed La Myrrhe, as yet, but it sounds very appealing. Would much rather see the shoe, which I think is fab, than Jolie.

I do see the similarities with No. 5, but I find Clair de Musc to be more of a direct interpretation by the Lutens duo...I happen to love both though (as I do No. 5).