Best of 2013: Perfume and Otherwise

2013 was eventful for me - a little more eventful than I tend to like - and it had less to do with perfume than I'd prefer. Still, there were highlights. Precious few, but they peppered the disappointments enough to keep me engaged, if barely.

- In November, Andy Tauer and I released the third fragrance in our ongoing collaboration between the characters and stories of the Woman's Picture film series and the line of companion fragrances we created, Tableau de Parfums. It was a summation for us of what we've done the last several years, and an anniversary in many ways - celebrating a creative partnership, a cycle of stories, and a love of perfume and film in general. A step forward, too, where we asked ourselves 'What now?' Selfishly, Ingrid is one of my favorite fragrances of 2013 - not just because it's beautiful, rich, and evocative, but because it relates very personally to my own experience and inner life, as the character and story it comes from do. I could pretend to be impartial and leave it off my list - I've done so in the past - but starting this post I realized that every blogger's/lover's list has hidden partialities and priorities, and pretending otherwise is more disingenuous than embracing and declaring those biases. I didn't start this collaboration, nor do I spend so much time working on it, because I wanted to pretend it doesn't matter much to me. 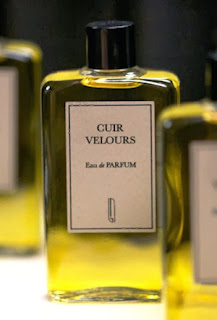 - The event celebrating Ingrid was shared with author Barbara Herman, whose blog Yesterday's Perfume had long been a favorite of mine and whose book, Scent and Subversion, had just come out. It was wonderful to meet Herman, after several years corresponding with her online. Even better to discover that the book is as fantastic as I'd hoped. Full of vintage illustrations and informed by Herman's unique voice, witty without being snarky, generous in terms of sharing its influences rather than pretending all perfume knowledge springs forth from a single mind, the book is brain and eye candy, the kind of thing you read and realize you've been wishing for without knowing it. I've read many books on perfume - all of them, I think, at this point. Scent and Subversion is one of my favorites, detailing classic fragrances - high end and low - by decade. 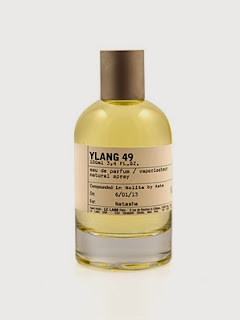 - Let's face it, 2013 was no peak point, and I doubt very much that any of us will look back from, say, 2016, let alone '14, and regard it as anything like a pivotal moment in time. Rounding up the mainstream releases is a depressing enough proposition (Calvin Klein Downtown, Marc Jacobs Honey, Balenciaga Rosabotanica and L'eau Rose, Polo Red, Versace Eros, Givenchy Gentleman Only, Estee Lauder Modern Muse). Even Thierry Mugler, whose annual variations on Angel, Alien and Womanity I look forward to, was a letdown, recycling old recycling (Liqueur redux). But even the niche offerings were, for me, largely uninspired. I had high hopes for Parfums de Nicolai Rose Oud and Amber Oud, for example, despite their cashing in on a dispiriting trend, but I should have known better. Both are perfectly lovely, but that's about it. I single these out because for the most part Nicolai has represented a certain kind of benchmark for me - I might not like what the house puts out, but it will always be interesting.

- Mentioning what didn't inspire me much first could be seen as pessimistic, but it seems like a useful reference point in discussing what I did like, because for the most part, most of what I liked in 2013 might not have interested me much in years past, when more was consistently surprising me. Le Labo Ylang 49, for instance, was a favorite this year - but isn't it really very similar to Diane Von Furstenburg and La Perla and too many patch-bomb chypre concoctions past? Tom Ford Sahara Noir continues to please me, and yet considered in an overview extending beyond just the last year it's...frankincense retread, pure and simple, however pleasing. I did very much like Atelier Cologne's Silver Iris and Mistral Patchouli. Both felt simple and fresh and their own somehow, perhaps by not pretending to be the latest, most-est thing. Comme des Garcon's Black and its Bleu Series were very nice - and yet part of their niceness was a sense that however good they were on their own terms, they were first and foremost a welcome return to interesting for the line. Malle's Dries Van Noten, while thrilling to some, seemed a whisper in the wrong direction for me. 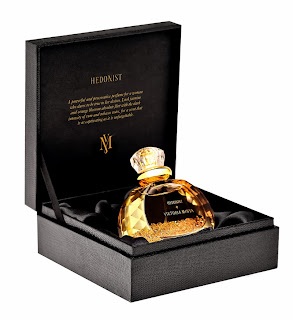 - In the thick of all this, Viktoria Minya's Hedonist was the sincerest of high points. This fragrance was as close as I got to pure happiness and satisfaction in a scent this year. Its honeyed tobacco tones and just right floral underpinnings did what too many other failed to do - it sent my mind off on some kind of narrative journey.

- Naomi Goodsir's Cuir Velours, similarly, took hold of my imagination in the best possible way. I can't wear this scent without wondering just how it does what it does - to my nose, my mind, the people who smell it on me. Burnt caramel leather isn't something I would have imagined cottoning to, which is exactly the kind of unexpected pleasure the year was mostly short on. 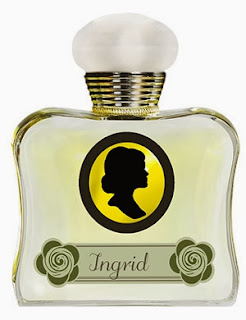 - I loved Byredo's 1996. Vanilla, iris, patchouli, amber, hitting familiar notes but hitting them harder than I've smelled before, tapping right into my pleasure pulse points. If only I could afford it.

Bloggers participating in this round up of personal 2013 favorites:

Eyeliner on a Cat

Thanks very much for a thought-provoking list... and I'm so pleased that you also love the Naomi Goodsir!

After reading this list I feel that I should start 2013 again! So much to smell and several I wish that I had not missed or dismissed.I had also never heard of Downtown but I will take your opinion and avoid it.

I keep hearing about the book 'Scent and Subversion' also 'Hedonist' which I must sample soon.
But I'm relatively new to perfume exploration, there's so much to explore from the past decades. I would love to sample some Tauers - can I order a sample set?

this is why I invited you. Because you routinely tell it how it is and aren't afraid to surrender to your partialities.

I'm ever so pleased to see Hedonist made it to several lists; it gives me hope that Viktoria might consider issuing a travel verion sans bling that would be affordable so we could all buy multiple bottles and wear it all the time! [Viktoria, hope you're reading this!] ;-)

I managed to miss Ingrid, probably because Swiss post has become so very difficult. Must amend this some way.

I agree with you on the general principle of comments regarding both mainstream and niche releases; every nook and cranny seems to have been already explored (depriving us of the newness and uniqueness factors) and personally, I think the only new thing now might be a John Cage 4:33 Not that some of the stuff circulating isn't close to that notion already, though without intent! :-D

Happy Creative New Year to you!

PS.Your verification codes were killer for my eyes, so if I managed to duplicate comments by hitting Publish again and again, please forgive me.

Wearing Cuir Velours now after seeing it on the Persolaise list. And now it is here too and I am sniffing it as we speak. One of those times when I could actually find a sample when I wanted to! Loving it. This is my second reading of your list. So much to absorb.

I think I have smelled fewer of the new releases this year than I have in any year since I started (semi-)serious sniffery.

I haven't even smelled Ingrid!

I liked Lys 41, but it smelled like a whole slew of my other bottles, i.e., big girly floofy eyelash-batting white floral. SO SO not spending Le Labo-type bucks on that.

I did love Jacomo Silences edp, the "updating" of the old so-green-it-stings stuff. It seemed to me that it would have been a far worthier flanker to No. 19 than Poudre was... and NOBODY is talking about it. (I think it was released in Europe in late 2012, which might be the reason - but it didn't make it to the States until spring of 2013. I know because I bought a bottle unsniffed.)

Didn't like Jour de Hermes. DID like Chanel 1932 but deemed it too spendy as well as too fleeting.

You know me: eagerly testing all those girly florals that bore you to tears. THere are still some 2013 scents I WANT to try, and I just added Ingrid to my sample wishlist.

OTOH, I did discover new-to-me frags this year that I really dig, from the discontinued (Prince Matchabelli Potpourri, which is gorgeous carnation) to the overlooked Hermes Kelly Caleche EdP. People who love the dry and vegetal cast of the original EdT hated the rose in this, but given my usual taste, I fell hard for the EdP.

Please give my love to Abigail... I miss her writing. I'm wishing you a wonderful 2014, and, if permitted, a virtual hug.

Hi Elena, you know, it's funny, I experienced those eye-killing verification codes several places I commented, and thought, I'm glad my blog doesn't require that. Silly me. Took me a few times to get right.

I'm ALL for John Cage.

Perfumed Maze, you can order Tauer explorer sets on Andy Tauer's website. As I and other perfume lovers will tell you, it's a good deal, and an excellent way to dive into all things Tauer. Our collaboration's website, Evelynavenue.com, sells the Tableau scents, also by Tauer, but alas not presently samples. For those you'd have to go to luckyscent.com or min NY.

Hey Mals! You know, I THINK I got a bottle of Potpourri off Ebay this year, but I don't remember it being by Prince Match. So I'll have to look again.

We should get this out on the table: I really love florals. Carolina Herrera is one of my all time favorites, and I like Plum a lot too - as well as various others I think you really like.

I think the reason I end up writing so often about patch bombs and other robust or startling scents is in reaction against what seems maybe a very tepid environment culturally - not among bloggers really but out in the world of people I know, where sheer and second skin get bandied about a lot. Those words, for me, have come to represent fragrances for people who haven't yet decided whether they can really get behind fragrances yet. I think we probably overlap more often than you would suspect, but don't tell anyone.

Interesting about Silences. I heard about it's imminent release, then nothing, and forgot all about it. I wonder how it relates to the pure parfum I have from a few years back.

I'm definitely with you on Jour d'Hermes. What a letdown, even for JCE, whom I don't typically like much but am usually interested in.

You can give me virtual hugs any time, and back at you. Hope you have a very good new year.

Thanks for the list! Will certainly try some of these.

I think that there are too many fragrances, it is like perfumes have become nothing but business, but I liked them more when they were more artistic...