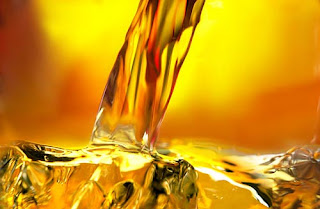 I've never been much of a whiskey fan. Actually, I can't stand the stuff. I'm just not the patched elbow sort, nor do my fantasies revolve around leather armchairs, dark paneled libraries, chauffeured limos, smoking jackets, or prince nez, so I was a little disappointed when I heard that the latest seasonal flanker to Thierry Mugler's A*Men would venture into this infinitely stuffy territory, especially after the letdown, this time last year, of Pure Coffee.

Pure Malt, according to the company's ad copy, is "an innovation in perfumery," honoring "the tradition of Scotland's peaty whiskeys with its smoky and sensual woody accents. The result is a surprising fragrance of elegance and sophistication in which several malts collide." There's also talk of truly noble and refined masculinity, whatever that means. None of it sounded very thrilling to me, and yet, I kept returning to the Macy's counter over the last several weeks to see if the shipment had arrived.

I'd adjusted my expectations to "diminished", but was excited despite myself, and when I finally smelled Pure Malt I was a little...bored by it. I suppose I wanted it to upset my cynicism with some shocking quality I couldn't have expected to expect. Turns out, Pure Malt is just a great men's fragrance, but it took me a week of wearing it to remind me that in a world of marine scents and faux woody yawn-prompts, decent is hardly chopped liver. Spending time with Pure Malt, I remembered my first reactions to the original A*Men and, after it, B*Men. Both failed to thrill me upon initial application. Now I love them, and wouldn't want to be out of stock.

People's reactions to A*Men still surprise me. This tends to happen a lot with perfumes I love. They seem so unquestionably fantastic to me that the idea anyone might be less than floored by them seems inconceivable. The most frequent complaint against A*Men is its patchouli/chocolate/coffee cocktail. For those who hate this trifecta, the addition of caramel can't help. Me, I adore the combination. Something about the addition of lavender takes the fragrance to unexpected places, away from food into fresh, adding depth and tension. A*Men has great (correction: killer) longevity, which might be part of the problem. Patchouli haters aren't typically excited about a patchouli note which sticks it out to the bitter end, straight into the morning after.

Interestingly, Pure Coffee had many fans. The perception seems to be that it improved upon the overzealous mistakes of A*Men original, as if the people who had suffered through A*Men deserved an apology, but I found it to be a pale variation, too similar by far to merit a purchase. It smelled like coffee for all of four minutes, after which it smelled like A*Men lite. I much prefer the infinitely more tenacious Cafe Noir by Ava Luxe, which is a more streamlined, bare boned impression of coffee and lavender making nice, more long-lasting than Pure Coffee, drier and brisker than A*Men original, making them both bottle-worthy, rather than interchangeable.

Pure Malt is smooth, and long-lasting--and who knew malt would be such a nice compliment to the caramel undertones of A*Men? As for the woods, not so much, unless I'm just immune to what people consider woodsy at this point, having been pummeled over the head with it so often. Pure Malt reminds me a lot of Michael by Michael Kors. Michael is a cruder iteration of Pure Malt's agenda, but I'm a sucker for what Tania Sanchez calls a cheap and cheerful fragrance, and Michael has always fit the bill. Malt isn't listed in the notes but Michael gives off a rich, boozy vibe, mixing tobacco, patchouli, incense, and dried fruits with the herbal inluence of coriander, cardamom, tarragon, and thyme. Like A*Men original, Michael lasts for days, drying down into a deep, complex patchouli-dominated accord, but it has its own distinct character, much of which I suspect is due to the weird combination of shriveled prune and frankincense.

Pure Malt is subtle and smooth, and primarily a skin scent. Typically, skin scents are a pass for me. But I'm reaching for Pure Malt a lot, and I think this has to do with the fact that, though subtle, it projects in a curious way, wafting up as a glass of whiskey might from the tabletop. You can't beat the price. 70 bucks for 3.4 ounces is some kind of miracle for a new fragrance these days, even at Victoria's Secret. I'm not sure I would have spent more on Pure Malt, but I'm happy with it. The smell puts a smile on my face. It smells like a classic men's cologne but, like Histoires de Parfums' sublime 1740, it manages to transcend the category without trashing it. Far removed from the library, Pure Malt calls to mind a good pint of lager, fireside at the pub, the very faint smell of cigar in the background, a smoked aroma coming off the nearby grill, and not altogether unpleasant trace odors of the dog someone left tied to the tree outside. That's a fantasy I can wrap my mind around.
Posted by Brian at 5/20/2009 09:10:00 AM

I've been looking for a whisky scent for quite a while and this review tells me my search might be over. :) Can't wait to try it!

I like A*men, though I wouldn't wear it. I must admit I didn't like Pure Coffee at all. I've never tried the Ava Luxe, it's on my wish list. My favourite (hell, my only) coffee frag is Jo Malone's Black Vetyver Cafe.
That malt fragrance sounds eminently sniffable.

I may be imagining it, but the start of Dzonghka smells a lot like whisky to me....

I'm also finally warming up to coffee notes in perfume (the idea used to disgust me!) since discovering the magic of L'Eau de Navigateur. I also recently bought some Liz Zorn Ankhara (being dc'd or reformulated), which has a delicious coffee note. I'll need to seek out some A*Men or Pure Coffee as well, and I like the idea of the Ava Luxe (I'm a big fan of hers). Tania reminds me that I've been meaning to sniff the JM for awhile as well.

A*Men is the the most delicious and sexy scent I have ever smelled on a man. I buy boatloads for my guy. It seems every time I catch the scent, it's different. The layers and longevity are exquisite and each one a scent unto itself. I honestly think Mugler is a genius in creating perfumes and would love to see you review more of his line and the flankers, which I have been exploring as cash allows.