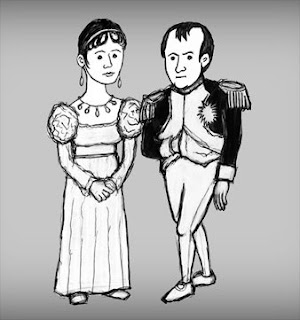 Annick Goutal Hadrien Absolu is worth it.

I’ve been living under a rock. I purchased Molinard Nirmala because Chayaruchama said it’s a fab fruity scent. It arrived today and (it’s great) all I could think of was Angel. I emailed Brian to say “omg, Nirmala is the Mother of Angel!” And he wrote back to tell me everyone knows this and it’s been discussed at length. Well, at least I had this perspective without any preconceived notions.

I’m having an affair with tea scents this week.

I already wanted Diptyque L’Eau de Tarocco, but after Chandler Burr’s review it seems like a need instead of a want. Did you notice Burr was a little less unruly in his review of L’Eau de Tarocco – he actually stayed on subject?

I was home alone last night so I spritzed Carnal Flower with abandon. I went to bed in a cloud of green tuberose. I woke up in the same cloud. I swear I could still smell it after this morning’s shower. I <3 Ropion.

I’ve been watching the TV series called Breaking Bad this week. It’s all about misery but it’s so good. I highly recommend it.

Beverage of the week: White Grape Peach juice diluted with spring water (about ½ juice, ½ water) with ice and a lemon wedge.

When I read the interview with Ropion on Osmoz it bothered me that his favorite flower/scent note is gardenia. I guess I like gardenia but it’s never something I seek. It’s usually so heavy and cloying. It can smell like cheese ;-/

I’m sure you’ve heard the Napolean/Josephine tale where he tells her he’s coming home soon (from battle) so he asks that she “not bathe” (for ~3 weeks). I can’t even imagine how different our culture is today. We shower daily, use deodorant, brush teeth – we essentially do everything possible to remove our own human odor. Can you imagine not bathing for 3 weeks? And loving this smell on another person? I’m not judging, just amazed.

A new show starring Edie Falco starts on Showtime in a week or so. It’s called Nurse Jackie and I’ll definitely give it a try.

Why was Sleeper Cell canceled? (this was years ago). It was such a good series. And yet, Lost, and Prison Break and 24 go on and on into complete implausibility (apologies to the fans).

What would I do with myself if I had one signature scent and didn’t think about perfume all the time? Would I better myself?

Why are Houbigant Quelques Violettes and Quelques Fleurs L’Original in my shopping cart at BeautyEncounter? I keep putting them there and then closing the page. I haven’t sniffed either of these btw.
Posted by Abigail at 5/29/2009 09:16:00 PM

That entire don't bathe thing has always astonished me, especially when you factor in the lack of modern feminine hygiene items, if you catch my drift, and my God, can you just imagine that drift????

Have you read Jitterbug Perfume? There is a similar situation, when the hero gets somewhat annoyed by the heroine (who scents herself with many lovely things) for not smelling like a woman.....

And your sandwhich sounds awesome!!

Yes, I've read Jitterbug Perfume - one of my favorites!

Who are these random men (maybe 1/1100) who wish their female companions to smell like "women?" I certainly don't wish my male companion to smell, like, (ahem) a man.

Have you ever smelled straight up musk or civet? Napolean must have loved that stuff.

Straight up musk or civet would probably kill me; I can barely tolerate it in perfume....both are awful to my nose, even buried in other things I love.

In keeping with your 80s post...there was a perfume that was very popular back then called Bijon, or Bijoux or something....I worked at a hospital in the late 80s and kept smelling cat urine. I went so far as to have Animal Control come to find the feral cat that I was SURE was in the building!!!

Turns out, it was just this perfume, which a lot of the personnel wore.

It was one of the first perfumes I looked up when I started in on this perfume journey, because I wondered what the awful note was. It almost has to be civet, but I do not see it listed as a note in any description of it!

Civet is beyond simple urine - it's a cat litter box that hasn't been cleaned for 3 weeks! It's no wonder you called animal control :-)

Hi there,
I love reading your TWRT.
Is the perfume Tammy is thinking of called, "Bijan"?

This is probably TMI, but I really dislike bathing. I try to do it as infrequently as possible. Luckily, with my extra dry skin, this doesn't get disgusting. . .like in an obvious way. And for some reason, I take pleasure in it. . .when I'm at my office job my secret uncleanliness feels subversive.

I have an old vial of the original 80's Bijan around here somewhere. It was targeted to the middle eastern women who had emigrated to Beverly Hills, and, especially after the Iranian revolution, there were many. I remember huge billboards in that city with the man himself on them, he and his wife, he and his wife and child, etc, all looking drop-dead rich. I'll have to find it; it was a strong oriental type as I remember.

Big fan of the daily shower, myself! I thought he asked Josephine not to bathe for a few days. Three weeks? I can't imagine it. Actually, I don't want to imagine it.

I must say, your TMI post really made me laugh.

It reminds me of 2 books I've read. The Crimson Petal and the White - where the main character has extremely dry skin, and so she prefers not to bathe. She's a feisty young prostitute in Victorian England. Memorable book if you haven't read it.

And Wicked, by Gregory Maguire, where Elphaba, the young woman who will be the wicked witch of the west, despises water and therefore doesn't drink much or bathe in it. I think she uses oil to cleanse herself.

Olfacta,
Maybe it's 3 days and not 3 weeks and I've invented this big tale in my mind over the years. :-)
Either way, people smelled very differently in the late 1700's. I find this fascinating.

And the story of Marie Antoinette - giving birth to a room filled to the brim with people, standing room only and the windows shut. I'm passing out...

Oh, I think it IS Bijan! Yes! Getting queasy just thinking of it... :o) Overly full litter box description sounds just about right, too.

dea, my mama bathes once a week. She doesn't smell, her hair is perfect....

I, on the other hand, shower twice a day, and am a total skank monster if I don't...but I'm sure my poor body is just reacting to the abuse! I honestly think the more you bathe, the more you need to.

I love water, though, and find it very soothing to shower. (Oddly enough, I HATE sitting in a bath....freaks me out to think of soaking in all my dead skin and dirt!)

Abigail, thanks for the book recommendations! Off to the library now!

I was reading about Diptyque body products yesterday wondering if anyone had tried that new Tarocco... I am off to check out Burr's review. However, it feels like I've had a windfall of orange/citrus scents lately (Portofino, Artisan, Soleil di Capri) and another seems superfluous. Still, I'm curious.

Diptyque Tarocco is making it's way to me from beautyhabit as I type. (Hopefully) Tarocco will be more interesting that simply a citrus (saffron, etc.)

I'm also dithering over Portofino myself - how's the longevity?

Oh, and PdN Cologne Sologne, is also on it's way...

Yes...this was an interesting thread ;-/

I still don't feel qualified to fully report on Portofino's longevity, but it seems pretty good. Beats Hermes Orange Verte by a mile (though that may not be saying much). I decided I like it better than the Varvatos Artisan, and it's a unique take on citrus. Definitely worth having.

Speaking of summer mode, I ordered some of Anya's Garden Kaffir cologne (did you hear she put out a lower concentration?) today. Can't wait.

Abigail,
I think I've read that book too - was the heroine's name Sugar? It was very good.

Tarocco is nice - I think ;-) I have a sample and wore it yesterday, but then I sprayed Acqua di Parma Colonia Intense in a shop, and I'm not sure what I was smelling after that - I liked it though! Maybe it was both and I need to layer them....