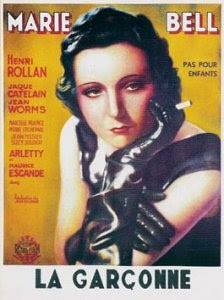 Some fragrance blogs are the CNN of the perfume world, relaying information about the newest releases, commenting on industry events, prolifically posting reviews. Perfume Shrine is their literary counterpart, providing in depth insight into the ever-changing context of perfume throughout the past several decades.

Perfume Shrine has been publishing since 2006, which is like the online equivalent of the paleolithic era. If you want to know about the social history behind perfumes and perfume trends, look no further. That makes sense, given the author's background in history at university.


Highlights have included: the pieces on the Patou Ma Collection, which gave detailed descriptions and informative impressions of the individual fragrances; the leather series (quoted below); the YSL series; the incense series; and the Christian Dior series. Check out the latest entries on Vetiver and Lancome's Magnifique.

"...the 1920s and 30s would be the heyday of leathers from the spectacular 1924 double feature of Ernest Beaux's Chanel Cuir de Russie and Vincent Roubert's Knize Ten and Jacques Guerlain's odd Djedi in 1927 to later renditions: Caron En Avion (1929), Lanvin Scandal by Andre Fraysse (1932), Lancome Revolte by Armand Petitjean (1936) and Creed Cuir de Russie (1939), initially Errol Flynn's bespoke fragrance, and LT Piver's Cuir de Russie the same year. At least thirty houses launched their own versions of Cuir de Russie from the late 19th Century to the late 30s (the trend continued into the 50s), which bears witness to the enduring attraction of the note."