Insensé: A Review of the Basenotes reviews 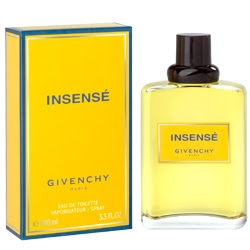 Yesterday, I pulled out Insensé again, and was struck, again, by what a fantastic smell it is. I'm happy to report that the reviewers on basenotes.net generally agree, ringing in with only four negative reviews out of 25. Of the remaining 21, only 5 are neutral. These are uncommonly favorable ratios for the famously tough basenotes community.


As JaimeB points out, the name is French for "foolish", "senseless" or "insane". All of these in their own ways seem perfectly apt to describe this fragrance. How foolish of Givenchy to think that a floral for men would perform in the marketplace. How senseless the ambivalent reception by the general male nose when his choices at the time otherwise included watery aquatics and pale citrus nonsense. To me, as apparently to JaimeB, Insensé is insanely, even addictively, wearable.

I generally like Vibert's reviews, which is to say I find myself appreciating his tastes, even when I don't agree with them. I appreciate, for instance, his take on Insensé. He sees it essentially as a galbanum-driven aldehyde for men. Instantly, I see his point, and the comparison to Chanel No. 19 makes perfect sense. "A floral fragrance that remains spare, dry, flinty, and uncompromising from beginning to end," he says. As he also points out, those aldehydes persist into the drydown, steering the fragrance unwaveringly. If, hearing this, you're apt to peg Insensé as a sort of pine-heavy aromatic, make a quick comparison with a cologne like Romeo Gigli's Sud Est, which has none of Insensé's interest in floral accents and illustrates with visceral economy the role florals play in the latter's composition. Vibert detects "bone dry rose" and "stark lavender" deep in the heart of the cologne, whereas I'm not really feeling it. I smell bone dry iris and the oily contribution made by lily of the valley, and enlisting this dynamic duo to screw with galbanum's already resinous head seems a master stroke to me.

Who is Foetidus? He gets my vote as perhaps the most informative of all the basenotes reviewers. He is without question one of the most prolific, with well over a thousand reviews. Where does he come from? What's in his fragrance collection? Certainly not too much patchouli, a note he makes no bones about generally disliking. He doesn't generally seem to favor coniferous to camphorous notes either, and though he makes exceptions, as he does for patchouli, the exceptions are usually based on fragrances which use these notes in ways which temper their bullheadedness, making the durable more delicate. Of Aramis' Devin he says: "I know that it is just my personal reaction to some chemical in it, but there is something in Devin that attacks me with an acid sharp, highly unpleasant and annoying green note that is huge."

No one else on basenotes has Foetidus' capacity to make me reconsider my choices and preferences. Just now, reading his Insensé review, I wonder, is this cologne overrated? I have to remind myself that it is in fact under-appreciated and underrated to the point of discontinuation, so persuasive is Foetidus' literate ambivalence. What Vibert cites as strength, Foetidus sees as liability: "My main problem 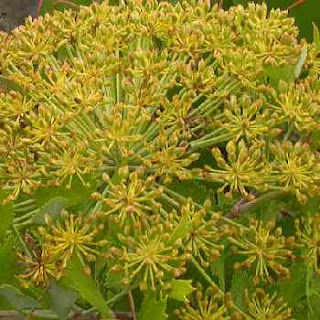 isn’t the florals," he remarks. "It’s the prominent green that is too off-putting for me. This sharp green is annoyingly common and linear, and the rest of the fragrance is not good enough to make up for that annoyance. Insensé is not a very complex fragrance — it lacks depth and texture, and its mediocrity is aggravated by its linearity." Linearity doesn't seem to bother him so much when it comes to the Diptyque line, particularly L'Autre, which he appreciates; nor does green annoy him so much in Annick Goutal's Mandragore or Lacoste Land. I don't happen to find Insensé particularly linear. The galbanum charges out the gate, to be sure, but it eventually settles into a leisurely gallop through florals. Yes, okay, it perhaps stomps through them, but it stirs them regardless. "The consistent, green sharpness is more aggressive than it needs to be," Foetidus continues. "Its potency possibly imposes a masculinity on the florals, but it also removes much of the potential balance and refinement that it should have."

I'm just going to disregard Wicozani altogether (what do these names MEAN?). How else to deal with someone who detects musk in something as clearly devoid of it as Insensé? Ditto Naed_Nitram, who seems to be to perfume reviews what Andy Kaufman was to professional wrestling. How to take him seriously? When Andy Kaufman broke out into a fight with the cast of Fridays, was that...real...or...? As with Naed, it's difficult to say, and what does performance art have to do with perfume? His entries are entertaining, if often useless as barometers for the fragrance in question.

Castorpollux is another good basenotes read, and I recommend a perusal of his reviews. He inadvertently gets at an essential quality of Insensé: "I used to swim in a pool a long time ago where there was this 'white flowers and grass' garden close to it and at the very end of the drydown, it reminded me of myself being in the pool, with those flowers looking in." Perhaps galbanum's heady nature could be compared to the chlorine in a swimming pool in some ways, though you didn't hear it from me. I happen to like the smell. Along those lines, it might just be more appropriate than it at first seems to compare Insensé to Amarige, as Vialman does. Turin recommends Amarige be worn in the privacy of your own home, with the windows taped shut, so insidious and pungent is its aroma. You might want to keep the tape handy for Insensé as well.

If there's anything basenotes reviewers agree on when it comes to Insensé it's the fact that this is a perfume about which reaching some kind of consensus is probably impossible. You say the florals are heady. I say it's the galbanum. You say it stinks, it goes nowhere. I say it goes all over the place and back again. You say it's loud and obnoxious. I say it might not have to speak so loudly if you'd shut up yourself. A good litmus for Insensé, perhaps even a better one than the arguably more delicate Chanel No. 19, is Estee Lauder's Aliage, which seems to operate on very much the same wavelength as Insensé, a wavelength not everyone can tune into and some hear like a dog hears that piercing whistle only dogs can, and how.
Posted by Brian at 8/09/2008 11:21:00 AM

'Twas as interesting to read about the reviewers as the reviewed...as thoughtful as the originals you explore.

Zoiks! You've already posted the correct meaning for "foetidus"...I'd like to plead that it was late when I posted, but alas, I do believe it was a total brain blart.

Searching for Iris foetidus to plant in the garden as punishment...hoping your week is NOT, erm, "foetidetic."