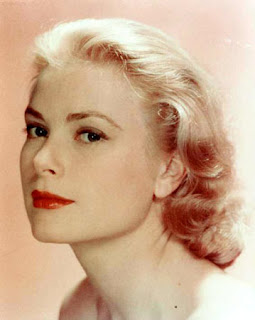 From the 1600’s into the 1960s, France was a leading player on the world stage, with colonial possessions extending as far as West Africa and Southeast Asia and to numerous points in between. Well into the 20th Century, the global reach of France was second only to the British Empire, eventually claiming 8.6% of the world’s land area. French was thus the official language of some 47 nations, and the governments of those nations were beholden to France by varying degrees.

Even now, France has significant territories in North America, the Caribbean, South America, the southern Indian Ocean, Antarctica, and the Pacific Ocean, but the scale of its domain has dwindled significantly, and did so especially after World War II. Opposition to and criticism of the French colonial enterprise began much earlier, and the French Colonial Exhibition of 1931 was intended in part as an answer to people on the left and right alike, who either felt France’s paternalism went a little too far, or not far enough.

When people discuss Colony, the perfume released by Jean Patou in 1938 to commemorate the exposition, they tend to characterize it as a snapshot of a certain period in perfumery, as if perfume were made in a vacuum, untouched by current events and popular trends, and might best be evaluated simply by looking at fragrances themselves. These snapshots draw on notions of the past which are more often about now than then. Thus, the imagery used to describe Colony tends to center around blonde women in haute couture khaki, sipping cocktails from decorative coconut shells on the veranda of some unspecified exotic locale; an Agatha Christie novel populated by Grace Kelly lookalikes, set in a Ralph Lauren Safari ad.

Part of that seems about right, in the sense that Colony was conceived as a luxury product and intended to evoke foreign cultures and some sort of transaction with them, but the deeper story of the perfume requires a wider lens. Colony was meant to reinforce, like the Colonial Exposition itself, France’s ideas about herself and her reputation in the world at large. The Expo was planned as early as 1906. In 1912, the Minister of Colonies declared that the centerpiece of the event should be a permanent museum devoted to the art and society of France’s colonies. It was decided that the expo should take place outside Paris, where there was plenty of room: the six month exposition covered roughly 500 acres and each country was given ample space for staging displays of its individual colonies.

The scale of this undertaking belied a national insecurity. Perhaps, France must have worried, the world saw her as plunderer of natural resources, rather than a mother country who, exerting her civilizing influence, brought to all her children prosperity; as Germany put it, "the exploiter of colonial societies [and] the agent of miscegenation and decadence". Over three thousand reports were issued and 100 congresses held during the event by French authorities as intellectual propaganda to counteract such ideas.

The stated mission of the Colonial Exposition was to educate the 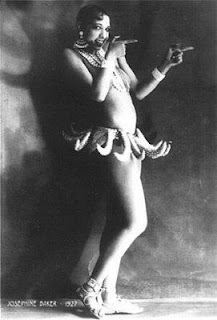 French population about the importance of its colonies, the contributions to France made by these colonies and France’s contribution to them, representing colonialism as an altruistic endeavor, an equal exchange. Naturally, France’s efforts to impose its language and cultural mores on its territories were minimized.

But in creating interest in the exports and cultures of its colonies, France was in a way perpetuating the kind of exploitation its critics charged her with on a grander scale, marketing natural resources as trinkets and “rare” delicacies.During and after the expo there was an intensified popular interest in ethnic cuisine, namely North African and Vietnamese. Celebrating these diverse cultures was sometimes another way of overlooking their situations as occupied territories.

To some extent, Colony perfume participated in this process, however unwittingly, embodying what soon became a vogue for Parisian women and French women in general: “Going Native” was the fashionable thing to do. Josephine Baker was perhaps the most significant cultural emblem of this phenomenon, bringing jazz and ethnic- inflected iconography into the country as a form of entertainment. But, in grafting the fruity tang of pineapple onto the classic French school of perfume, Colony also reflected the inevitable cross-pollination of the colonial process, where two things which had previously been mutually exclusive fused to form something entirely new. 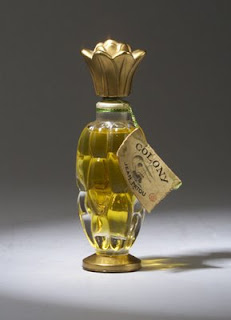 Pineapple was an interesting choice, highly symbolic. The original bottle for the perfume, designed by Baccarat, was in the shape of the fruit which resembled both a hand grenade and a pine-cone, reflecting among other things the imminence of war. The pineapple was a particularly loaded icon, perfectly apt as a symbol of cultural trade and the impact exports could have on their receiving cultures. Colombus is said to have been the first European to come into contact with the fruit, which he discovered on his second voyage to the Caribbean region.

On the island of Guadaloupe, he and his crew encountered human body parts cooking in large pots—and, not too far away, pineapples. He brought the exotic edible back to Europe with him, civilizing the fruit by removing its associations with savagery. At the time, Europe was practically devoid of sweets. Sugar was a rare commodity, and fresh fruits were extremely limited, making Columbus’ discovery quite a lucrative find. The pineapple became a symbol of prestige and celebrity. To own one was to be worldly, if not royalty. At one point, to be presented with one was emblematic of extreme privilege. It would be two centuries before cultivation of the pineapple was possible in Europe, but long after that it persisted as a symbol of status and cultural exchange through colonization.

Patou’s Colony spoke to a new public consciousness, embodying the conflicted ideas of colonialism in the 20th century. It illustrated in the form of perfume the erosion of boundaries and distinctions which takes place when two very specific forms or entities merge, sacrificing their individuality for a more elusive ambiguity, a third thing neither of them would achieve or be by themselves. If one must use Grace Kelly to articulate the quality of Colony, a more fitting image for the fragrance is the story of Josephine Baker’s rebellion against the Stork Club, New York’s pre-eminent nightclub and the apogee of 1950s segregated celebrity. Josephine charged the club with racism for refusing her service.

Kelly, who was dining there at the time, joined Baker in her protest, vowing never to patronize the establishment again, a promise she honored. The women, who couldn’t have been further removed from each other in the public imagination, remained friends for life. When Baker went bankrupt, Kelly gave her the use of a villa in Monaco and financial assistance. Their alliance contributed in some way to breaking down preconceived divisions, and like Colony, with its gorgeous leathery chypre and pineapple composition, went some way toward illustrating the complexities surrounding the issues of the Colonial enterprise of the French Empire. If Grace Kelly is on that veranda, Josephine Baker is there with her, and they're drinking from the same delicious cocktail.

What a wonderful explanation of the history of this perfume. I look forward to finding some to try, somehow, somewhere. I'm outside of Seattle and it's in the 90s today - Colony sounds like it would be a great choice to wear for dinner on my balcony. If only I had some fruit trees and a pool in the backyard! - Lara

Thanks, night-sown. I had a lot of fun reading up on the colonial exposition. It's fascinating to peel back the social layers behind perfume. If you're interested in any of the Patou Ma Collection fragrances, I would check out The Perfume House in Portland. They're super friendly and have some in stock, though supplies are dwindling and I hesitate to post this lest my own opportunities to acquire them dwindle. Last time I spoke to them Colony was available in EDT. 1.7 oz. is 65 dollars. It goes up from there. I got the parfum because it was so affordable and I usually can't afford that concentration. I imagine Colony would work wonderfully in Seattle's climate. Here it's humid and you're fighting a losing battle with perfume in the summer no matter what concentration you wear. I bring out the big guns, the shoulder-pad stinkies like Poison, galbanum-heavy frags, patchouli-lingerers, et al.