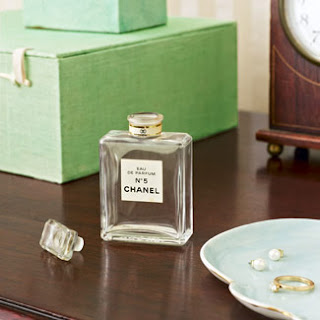 During the late eighties and early nineties, I lived in the East Village. It was something of an electrified ghost town at the time. Many of the artists, writers, and creative personalities I'd admired from my geographically marginalized upbringing in the practically rural Midwest had died, but their presence was still felt, and you could see their influence still, very distinctly, not just in those who remained to talk about them but in the art being produced and its effect on its witnesses.

People were angry and energized. It was a uniquely combustible time: people I knew were eager to do good, strong work, passionate not just for a circle of lights around their name but a glow which might illuminate the memories of those they missed.

Today is World Aids Day. I don't have much to say about perfume. I suppose I could link the lingering auras of these people to the psycho-emotional properties of fragrance, its strange ability to bring the dead back to life in some way. Those things have consoled me when I think of my grandmother, certainly. But my grandmother died of old age. She lived a full life. She was allowed a broad range of perspective, room for reflection forward and backward. World Aids Day commemorates a different kind of departure, and such connections seem rather facile in this context.

Nothing will bring these people back, obviously, not even words, but I'd like to open the comments today to hear about those who might have influenced you, personally or through their work, people who made a difference in your life and outlook, and have been lost to this epidemic.

Failing that, perhaps you can take from this post some kind of encouragement to appreciate those closest to you. They could easily be gone tomorrow.
Posted by Brian at 12/01/2010 12:15:00 PM

To my knowledge I know no-one with this dreadful,cruel disease. I remember reading Rupert Everett's shock when the first advertisement came on British T.V and an ex of his was in it. I can't read it without wanting to hug him . Stephen Fry made a wonderful documentary to encourage people to get tested. The news from here is that an enormous amount of people put off tests. I think they all think "oh I am not high risk ". I have been given blood products so would like a test but it's almost impossible if you just have a suspicion . I think of great minds like Alexander McQueen and feel great sorrow.

Apologies Brian, Holly just told me Alexander Mc Queen hung himself after his mother died ......ho-hum is the menopause an excuse ?

For me, the first name which comes to mind out of that legion of the lost-too-soon, is Freddie Mercury.

Queen was a revelation to me when they started out, and continued to be so for quite some time. And a lot of it was down to Freddie, the eponymous Queen, with his great voice, his performances, and his musical talent.

Oh Angela. Your comment was so sweet. Not to be too specious, but it does seem that part of McQueen's sorrow had to do with loss--his mother, his friend Isabella Blow, and who knows how many others. Loss is loss; the sentiment registers.

Tania, in honor of the day yesterday I made my facebook photo Freddie. I agree. I think he synthesized a lot of things from different pockets of culture, sub-cultures I should say, and telegraphed them to those of us in regionally compromised areas. His presence was audacious, shocking, thrilling, intelligent and unique. I'm still making sense of it.

What fascinated me in the east village in those days was that you could meet someone, you could be talking to them, and in some weird way you felt you were in the presence of someone they still viscerally remembered.

It was so recent for so many of them. And it was happening so much to so many people they knew. So it was right out on their skin, the influence of these other people. They were very much haunted. It was as if the life of the party had just left the room and the room hadn't acclimated yet to the altered emotional tenor.

I felt that way right after my grandmother died. I carried her around with me very closely. Not *her*, obviously, but who she was, her energy, her outlook, my feelings about her. I was having a conversation with her in many ways for a long time.

It's all still there and it percolates up to the surface still at times but that first year or so it's in everything you think and say and do.