Today's guest blogger in our series of perfumed tributes to the characters of John Hughes is Elisa Gabbert. Check out Elisa's blog, The French Exit. We often do. About her post here, Elisa says:

I’ve long held 1987’s Some Kind of Wonderful to be the most underrated, or at least under-discussed, of Hughes’ teen ‘80s films. Pretty in Pink, which had the same basic plot (unpopular kid obsesses about popular kid, while his/ her equally unpopular best friend suffers the particular cruelty of unrequited young love), is the more popular of the two, probably because it stars Hughes darling Molly Ringwald. But common wisdom has it that Some Kind of Wonderful’s script is an improvement upon Pretty in Pink’s because it has the 'right' ending—i.e., the best friend gets the guy/girl, as opposed to the beautiful guy/girl with questionable integrity 'winning.' (Supposedly, the original ending of Pretty in Pink was changed in response to test audiences.) Watts and Keith are the film’s most interesting characters, but truth be told, it’s hard to imagine them wearing perfume. Keith’s little sister, however, a whiny, nosy brat and incorrigible social climber, would clearly have embraced the scents of the ‘80s in all their status and excess. Plus, I see a little of myself in her; I’d be lying if I said I didn’t have a snobby streak in high school. So here, I live vicariously through Laura Nelson, played by Maddie Corman. (I was closer to the age—and the personality—of Candace Cameron’s character when this movie was released, so, sadly, I missed the perfumes that Laura would have worn the first time around.) 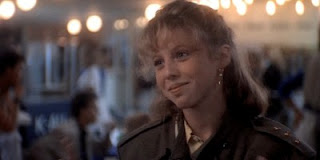 "Hey, losers. It’s painfully obvious you guys need a clue in the beauty department, so I carved a little time out of my busy social schedule to attempt to cool you out. First things first: Popularity is a choice, OK? You can choose to be chic … or you can choose to be bleak. And I, for one, am ready to leave the playground. I don’t want to name names, but someone in the vicinity is wearing Love’s Baby Soft. Guys. For real? Why would you want to smell like a baby, when you could smell like a woman? (What are you laughing at? Your White Musk isn’t impressing anyone.)

Here’s the scoop: If you want to run with the elite, you have to smell like the elite. And that means Giorgio. As in Giorgio Beverly Hills. The smell IS sex, OK? No one will ever mistake you for a child when you’re wearing this. I’ve brought my bottle along for educational purposes. Hey, take it easy there, this stuff is from a boutique, not Thrifty Drug, capiche?

Breathe deep, ladies. You’re smelling power. You’re smelling luxury. I have personally been to Beverly Hills, and this is the real deal. Mrs. Albright actually tried to get Giorgio banned from school. Why? Because it’s so intense, people literally cannot handle it! Fashion is a risk, ladies. If the weak can’t hang, c’est la vie. There’s no room for fear at the top of the social ladder. 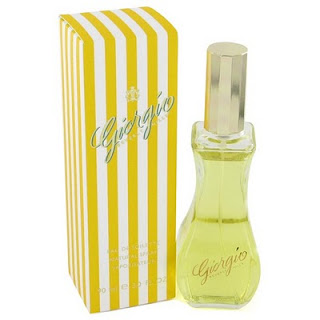 Remember, men love this stuff. This will turn heads. Don’t be surprised if you get looks, even stares. The right perfume will leave the Hardy Jenn crew trembling in your wake. It might just be the difference between going to the prom on the arm of a prime hunk and staying home watching MacGyver with your little brother. Take my word for it, children: Giorgio is totally crucial."
Posted by Brian at 12/16/2010 12:48:00 PM

I have been a fan of this movie since it was released. It's part of my dvd collection now and recently watched it with my son! I graduated in the 80's and could relate to the film. Totally underrated!

This is the one Hughes film I've missed seeing, and clearly that must be rectified. (Where's my Netflix Instant Queue?)

Giorgio was what the popular girls at my high school wore. It was well out of my price range, or so I thought at the time, and I was still wearing the Chloe my grandmother gave me when I was twelve. The other things I smelled in the halls of my high school, ca. 1985, were Coty Exclamation, Sand & Sable, and Opium, but Giorgio was definitely the social-climber's scent.

Smelled Giorgio last January in its current iteration, and it's been gutted... not that it was all that wonderful to start with, but at least it was much less chemical. Now? Grape cough syrup + Amarige. Bleargh.

Oh, and nice to see you on ISTIA, Elisa!

Hi Mals! You should definitely rent the movie. I can watch it over and over.

I was hoping to get my hands on some Giorgio before writing this, but didn't have time. I haven't smelled it since the '80s! But I just knew that's what social-climbing Laura would wear. Or claim to wear, at least.

Ha! I have some Giorgio I bought last winter, and it was such a horrible time-travel trip I shoved it in the cabinet the way you'd slam the door on a serial killer.

Ummmmmmm yeah I kind of do :)

Alas, Giorgio gives me heartburn. It makes my eyes water, and I want to start running...

A dear friend of mine in university was given this perfume by her ex-husband for Christmas '84. For the next year, I could smell when she'd gone to the darkroom ahead of me, her scent still occupying the elevator long after she had disembarked. I had to discreetly finds times to do my prints in the darkroom when she wasn't there...

Definitely a scent of the '80s, if not *the* scent! (but alas, not one I liked back then... I wonder if my opinion would stay the same were I to encounter the vintage juice again?)