"The Smell is like a Fairytale": A Conversation Between Michael Jackson Fans, Overheard on the Interweb 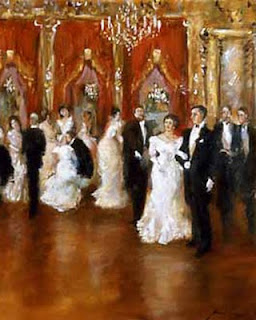 (disclaimer: the following was pulled off the internet and has not been spell-checked)


QUESTION: MJ FANS! DO ANY OF YOU KNOW WHAT PERFUME MICHAEL WORE?

I heard Michael smalled so heavenly. What perfume did he wore? And how good did he small like? Because I've heard he small soooo sweet. Has any of you ever met him? And how much more sexy did he look like in person? I bet he looked even better in person! MJ was hottt!! 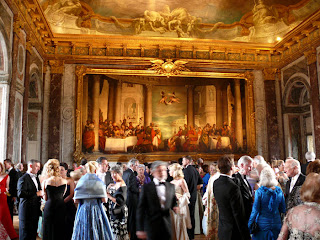 MJ favorite perfume was Bal a Versailles by Jean Desprez and Black Orchids by Tom Ford which was the one he used during his last years. He used Bal a Versailles more in the 90s. Both are women perfume--Mj used to say it was not fair that woman were the only one who could smell nice lol. I have both perfume and I can tell you it smell so wonderful. Like I say Black Orchid was his last one (totally amazing, but really expensive) (the smell is like a fairytale.)

I found my OLD "MJ file" and I can add that he also loved Dune for men (Dior) and Joop (Wolfgang Joop).

I see him twice at the Sony demo and the Invincible cd signing and yes he is far too much beautiful in person. Although I was not that close I could still see how beautiful he was and to feel his presence, his aura, they aren't simply any words to describe it.
Posted by Brian at 12/20/2010 09:11:00 AM

Yes, the last reply is very informative. I remembered having read that Michael Jackson loved women´s scent and this proves that scents can be really unisex. Michael also knew very much about fragrances and some women would be stunned by the accuracy Michael had when telling them what perfume they were wearing. I am glad he used Shalimar:D

I am much impressed by anyone who keeps so many files that they have "old" files and "new" files.

Yes,:D Fans keep a record of everything. And I am sure there must be more old and news files about Michael and perfumes!

Must be the first time I've thought well of poor Michael .I so want my husband to wear Une Rose but he seems to think it's a woman's perfume . I don't think telling him Michael wouldn't have thought like that is going to help after all he is black .It's too much like saying Michael thought looking white is great and he thinks, well you can see where it'll come unstuck .

That is indeed a slippery slope, Angela.

I've heard the Bal a Versailles / MJ connection before, and every time I hear it, I suffer disconnect. I have trouble reconciling the "skankalicious" comments I hear from some perfume folk and the decidedly anti-skank vibe I thought I got from MJ.

Of course, it is quite possible that he was one of those who wanted to control the time/amount/location of auric skank. Would kind of fit with all the other control stuff.

I'm liking that Dune is in that list. Now *that* "what the heck is that?" kind of smell seems to make sense.

Somehow that's so touching and sad. Impressed by MJ's taste though.

We all have a secret skank, Scentself--or, oops, maybe I should only speak for me and MJ. I'd heard Bal a Versailles mentioned in reference to him before, but not the others. Blac Orchid totally makes sense to me. Whenever I hear the story that Warhol buried himself with Beautiful, I'm reminded that it wasn't Michael: I tend to picture him in that scenario. What IS the Dune smell, btw? I don't know how else to describe it besides...figgy.

I do think it's sad, Marina. And touching (albeit a little scary, this level of devotion).

I like how all-American his tastes seemed to be from this account. But I bet he had an amazing collection, and I wonder how many perfumes the blogs discuss all the time were included in this stash. If Donatella Versace, whose fortune is peanuts compared to MJ's, has an extravagant space reserved for her fragrances, you know there must have been a pretty phenomenal "perfume wing" at Neverland.

There are so many things I love about this exchange. You never hear fans wondering what a celebrity smells like, for instance. Do you think these fans will track down Bal a Versailles, wearing it in honor of MJ the way some women wore Chanel No. 5 after seeing the famous picture of Marilyn holding a bottle? Had MJ heard of Malle? Surely he was familiar with Serge Lutens? Or maybe not. Maybe he loves the classics and the department store greats.

Weirdly, I am familiar with ALL of these Michael Jackson comments from various internet sources. I kind of obsess over what perfumes my favorite celebrities wear, and thus far the only one that hasn't really disappointed me is Madonna, who allegedly wears both Youth-Dew AND Aromatics Elixir. But yes, Michael- I suspect that his good friend Liz, a known Bal a Versailles wearer, might've introduced him to it.

At a cosmetics outlet store yesterday I saw one of those $200 bejeweled Estee Lauder perfume solids, in the shape of a lobster. The perfume was Beautiful. I think Andy Warhol should've been buring with this.

Fruit, do you think it's possible that Madonna does wear Youth Dew and Aromatics Elixir? They seem so old fashioned for her. I remember reading something in a magazine about her latest fascination with Nez a Nez and even thought that was a stretch. I don't know why I should think any of them, are a stretch.

I've been trolling around the Estee Lauder counter lately because, well, it's crowded, and being around that energy is interesting. It makes Christmas make sense--almost. But while there I've been asking them if they have any pure parfum or bath oils besides Youth Dew. Cinnabar used to come in bath oil. And I know at Xmas they used to put out extrait of Beautiful and Private Collection. One SA said she remembered me from last year, when I asked the same question. All they have are the solids. Boo hoo.

Am I the only one who finds that whole exchange a bit creepy?

I don't find the intense fascination with what perfumes Michael Jackson wore creepy at all! I mean, maybe MJ was creepy, but there's something magical for a fan to be able to close their eyes, sniff a spritz of Black Orchid and think, "I'm smelling Michael!" (Okay, maybe that does sound a little creepy.)

Knowing what someone smells like is such intimate information. And whether the dearly departed is Gramps or Michael Jackson, smelling a scent they wore is a way of bringing them back from the dead. (Let me know when this stops being creepy.)

I can add to the MJ perfume convo that he also wore Jungle Gardenia.

Well now I have to say that any lobster bottle has to be for Dali ! I was fascinated by my pin-up's fragrances so sought out what I read Bryan Ferry wore . It was the start of his career so it was Floris Gardenias , which gave me nausea . Rupert Everett says he prefers natural body odour desite being the poster boy for Opium . Che Guevara ( no laughing please ) has been photographed with Yardley's Gold after shave but reported to have bought his second wife Fleurs de Rocaille for a wedding gift. It's his mother who being the first flapper in Rosario and quite a galwhose choice of perfume would be fascinating. R.F.K , well that is a hard one as I used to think when I was about eight that J.F.K would smell of limes ( don't ask me why except to a working class British girl the Kennedys looked so clean ).
If I could chose one for Che and go back in time to when he was seen out with girls in a large old car maybe it would have been Jicky ? I should imagine later anything would be drowned out by the cigars. A funny lot of heroes for a Quaker but there you go !

Katie, I agree, and yes I can say I have read about him using Jungle Gardenia.

Oh, don't get me wrong, Katie. I don't find the intense fascination with MJ's perfume creepy. I want to know what everyone is wearing at all times of the day--and have been known to slip away while visiting people's homes so that I can inspect their dressers and perfume collections.

It's more the obsessive identification with MJ, and I'm just as guilty. I'm obsessed myself with that kind of persona.

Angela, Perfumeshrine posted a while back providing a list of famous people and what they wore. It was a fun read. I've seen these lists elsewhere too. I love that Warhol wore Beautiful. And I want to say I remember reading what Dali wore. Something odd, I think--because it wasn't as odd as you'd expect.

The image of Che presenting FdRocaille is pretty sweet, no?

I'm just going out on a limb here, but I suspect JFK wore an awful lot of perfume; secondhand, if you know what I mean.

I think you are 100% right about J.F.K , don't suppose those Kennedy's changed their shirts four times a day for nothing what with scent and lipstick on their collars !!!

Chanel No. 5 in our house. It was heady, full and fancy and only for Going Out. It was what was worn with a nice dress, new pumps, and red lipstick.

I own some now and even at 39 don't know that I'm ready to be that grown up and Fancy (though I'm older than my mom was in these memories!).