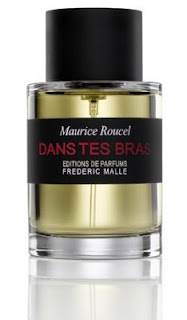 In an essay about perfume and the impossibility of the practical, let alone exhaustive, classification of scent, musician Brian Eno wrote:

"You don't have to dabble for very long to begin to realize that the world of smell has no reliable maps, no single language, no comprehensible metaphorical structure within which we might comprehend it and navigate our way around it. It seems to compare poorly, for example, with the world of sight. If we want to think about color, we can use words like hue and brightness and saturation. We can visualize a particular slightly milky green, imagine where it falls on a spectrum chart, look at its neighbors and complimentaries, and then finally say that it is, say, 'eau de nil' or 'pale turquoise' or 'jade'... But the best we seem to be able to do with smells is to evoke comparisons."

That isn't altogether true. Knowing that aldehydes play a big part in Chanel No. 5 can go far toward a description of the fragrance, especially if you understand to some degree how aldehydes function. Knowing you like or dislike Chanel No. 5 can assist you in an effort to find, or avoid, more of its kind. It saves you time, telling you not to bother with Arpege or Ivoire or White Shoulders. It helps you refine your impressions. After a process of elimination, you might discover that what at first seemed to be an aversion to jasmine is actually an instinctive dislike of those dread aldehydes.

Besides, even when it comes to color, classification only goes so far. Many people see 'robin's egg' blue where you see 'turquoise', even after the name at the bottom of the paint chip says otherwise. You might both be wrong. People not only classify colors differently, they see them uniquely at times, so that the color chart at Home Depot is to some extent a middle ground rather than a bottom line.

But Eno has a point, one which instantly makes sense to those of us who have been talking about perfume for any length of time. I say talking because that's where the problems come in. If I'm simply enjoying perfume privately, the need for absolutes and exhaustive descriptions diminish. I can go off in my head, burrow into my imagination, engaging in a free-form, diffuse appreciation of something which I experience beyond words. It's when I love a perfume, or hate it, or am even ambivalent about it--when I feel anything at all about a perfume--and want to share it or express it, that the lack of vocabulary becomes a handicap. How many times can I use the word piquancy? How many perfumes can possibly be described as transparent before that term ceases to signify anything but a writer's way with words? As Eno says, ultimately "coriander is the name for a fuzzy, not very defined space in the whole of our smell experience."

So how do I tell you what I think of Dans tes Bras, and why?

I can tell you the buzz words, one of which is violet. I can mention woody, which narrows it down even further, steering the conversation away from an immediate association you might have made between violet and the caloric sweetness of mass market fragrances bearing that name. I can make comparisons. Several people have noted a fungal aspect to Dans tes Bras, resembling damp mushrooms. I could compare it to the slightly caustic aroma of wet paint.

I might consult my perfume cabinet. I'm told that Dans tes Bras is composed of, among other things, Salicylates and Cashmeran, both aromachemicals, the former associated with aspirin, the latter used in many soaps and detergents. Learning this, I can ferret out a few other perfumes containing these. Je Reviens, I've been told, is to Salicylates what No. 5 is to aldehydes. Salicylates, according to Michael Edwards, produce a "diffusing, blooming effect." Smelling Worth on one arm and Dans tes Bras on the other, I do notice similarities. The two share what strikes me as a rather chilly green effervescence, not exactly powdery, but arid; chalky, perhaps. Mugler's Alien, created in part by Dominique Ropion, has a strong quotient of Cashmeran, which is said to smell incredibly rich and smooth (like its name). I've seen the words velvet and velour used as descriptors for cashmeran and, again, spraying Alien and Dans tes Bras for a side by side, if hopelessly unscientific, analysis, I notice pronounced similarities. Both have a depth to them which seems deeper than possible for something you spray on the skin. Both have been described as slightly other-worldly. Maybe I reacted so favorably to Dans tes Bras initially because I happen to like Alien and Worth so much, but that kind of epiphany helps me more than it helps you.

Dans tes Bras is no more of an oddity than any of perfumer Maurice Roucel's other creations. For all its detractors, who complain about a shrill, aerosol accord in the top notes, Guerlain Insolence (EDT) is beyond words too, and sometimes I suspect that's what people dislike most about it. Like many things Roucel does, Insolence seems excessively gauche and exquisitely refined simultaneously; which is it, and what is one to think? Tocade shares some of those powerfully ambiguous qualities. One is, ostensibly, violet; the other rose. But those seem feeble descriptors for fragrances which speak so boldly and tell such epic stories. Roucel's perfumes are good storytellers, fun-loving and cheerful, smelling the way he looks, and yet as with him that impression is deceptive, belying a much more complicated intellect at work. Dans tes Bras is very much in keeping with this trend.

Usually a chemical like Cashmeran would be used more judiciously, to augment the more major players in a composition. Frederic Malle, the editor behind the line of fragrances to which Roucel has contributed Musc Ravageur and Dans tes Bras, said that Cashmeran has been used in the latter as a starting base, presiding over everything else in the mix. You can't smell anything without smelling Cashmeran there. When he talked about Bandit and how that scent has changed over time, Luca Turin mentioned the rich, complex foundational fragrances perfumers once used as building blocks in perfumery. While the formulae for old perfumes like Bandit still exist, the formulae for those building blocks usually don't. Cashmeran is used in Dans tes Bras the way those old base fragrances were used to give perfumes complexity and depth, the way you would build a soup around a container of chicken stock.

I would call Dans tes Bras moist and doughy, like many of my favorite Roucel perfumes. I regard it as openly unisex, though it seems to be classified as female. I can imagine some women, mainstream women certainly, finding it difficult to wear. I'm told it contains Roucel's trademark magnolia accord, though it doesn't seem to be listed anywhere in the publicity materials. Where Insolence is moody--first a blast, then strictly business--Dans tes Bras seems more even keeled, brighter, radiating beatific waves of big-hearted pleasure. Like its name, it urges you to come to Mama. Bergamot, clove, jasmine, frankincense, heliotrope, sandalwood, patchouli, and white musks make up the pyramid. I smell none of them. What I get instead is harder to break down, as you must have figured out by now.

After talking about perfume, Eno gets around to music. How do you describe the guitar solos of Jimmy Hendricks? You can list the notes he's playing, but music is all "timbre and texture", taking one person places a person sitting next to him isn't ticketed for. How do they describe that journey to each other and beyond, when the journey involves a "potentially infinite sonic palette, a palette whose gradations and combinations [c]ould never be adequately described, and where the attempt at description must always lag behind the infinites of permutation"?

Perfumes, to paraphrase Eno, are "spaces in our psyches". Those spaces have ever-shifting nuances and contours, and only we ever inhabit them. I would love to share my impressions of Dans tes Bras with you. I would love to bring you into that space with me. I've tried. But there's something inarticulate about it I'd like to preserve, too. Something no amount of Cashmeran or salicylates can account for. "Perfumery has a lot to do with this process of courting the edges of unrecognizability," writes Eno, "of evoking sensations that don't have names..."

It's quite interesting to hear Eno's quotes on scent, especially for me, who has recently been doing a lot of thinking about the relationship between perfume and music.

Our culture allows for a lot of visual and aural practice/rehearsal/learning of "scripts" and "language," but the olfactory is not yet commonly a) presented b) to an audience. So we can't easily rehearse, and even more rarely experience scent as a (formal) shared experience.

ANYWAY, you've found a fresh door into the shared (albeit limited) experience and presentation of Dans Tes Bras, and done so quite handily. Thanks for posting ...and further advancing the potential for a map/language for smell.

I had no idea Eno wrote about such things - I am intrigued.

I'm still trying to work out Dans Tes Bras, myself. I'm hoping to do so before my sample runs out.. ;-) Maybe I'll go back to Liberty and beg another!

I'm going to hunt down Brian Eno's essay. For many, fragrance is still considered to be "fashion." When I decloaked about this interest to some artist friends last summer, they regarded me as though I'd suddenly morphed into some character from "The Devil Wears Prada."

Thanks for the reference!

olfacta, I have no patience for people who consider fragrance fashion. These same people can be reduced to tears on the subway when some renegade smell suddenly transports them back to a forgotten pocket of childhood. That's not fashion, it's emotion, mystery, poetic, sensory-hijack, love, loss, imagination, melancholy, beatitude, and too many other things to count. People who love scent don't tend to talk about it in superficial ways. They want to get to the bottom of it. Look up the Eno essay. It's fantastic and reassuring. Google brian eno perfume. Eno suggests that the emotional intensity of experiencing fragrance, the need to convey that to others coupled with the impossibility of doing so, keeps us engaged in finding new, generous ways of communicating with each other without, as often happens in conversation, having to be definitive or "right". There is no right and wrong in perfume; only opinion and emotion. To discuss perfume is to try to understand someone else's point of view, to figure out where they're coming from, how to share space in the world from different positions. Perfume demands democracy by asserting plurality. And, occupying a magical place between reason and the irrational, it reminds you of something bigger than yourself, making room for the spiritual and the profound.

Absolutely true. Lists of notes have their place, of course, as they give a potential buyer some idea of what they might be getting, but a review they do not make. It's more interesting, IMO, to read someone's associations that are brought about by the scent, an "interior landscape"as C. Brosius called it.

And thanks for your comments on the "perfume as fashion" conundrum! Very illuminating. I read the Eno article earlier today (1992? Where have I been?) I think we're all just ahead of the curve, some more than others, obviously. That's OK; I'm honored to be the caboose on this train.