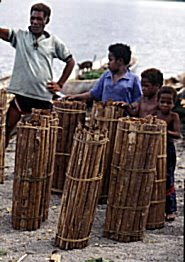 Until recently, I never paid much attention to room sprays. What was the point? It seemed to me they couldn't possibly have been formulated to last on skin, regardless of whether such use was advisable or not. The one home fragrance I'd always admired was Essence of Galliano by Dyptique, and I figured sooner or later the company would have to issue a concentration for personal use, so I didn't pay it much attention. In LA, a saleswoman at Barney suggested I buy some and spray it on my clothes. At the time, the idea seemed silly to me, a waste of scent and a lot of trouble for a few fleeting seconds of aroma. Later, in Chicago, there it was again. I was still skeptical but sprayed some on my scarf. It was cold outside, very windy, and all day the scent wafted up, smelling of cloves and charred wood. The effect was so wonderful and pervasive that I instantly think of that trip when I use Essence of Galliano now. For me, Galliano is Chicago in the fall.

And I pay more attention to room sprays, partly I think because they aren't designed to hit the marks of commercial perfumery and therefore are sometimes more apt to make unusual impressions when put to that use. Geodesis produces a line which includes scents such as fig, clove tree, black tea, agar wood, and tuberose, all very nice. They come in 100 ml bottles and sell for about 30 dollars or so. In addition to the room sprays they carry candles, perfume oils, and reed diffusers. The best of the line, for me, is the massoia, a scent I instantly recognized but couldn't identify for several days, though I bought a bottle, brought it back to my hotel room, sprayed it on a shirt I'd draped over a chair, and inhaled it every time I passed, trying to place it. The smell has such impressive stamina that I could detect it hours later.

It finally occurred to me: Massoia smells exactly like a curried, coconut milk and chicken soup I buy at the local Thai restaurant. Apparently, massoia is a tree indigenous to New Guinea, where its aromatic bark has been an article of commerce for centuries. A medium sized tree, it grows most heartily in rainforests with high altitudes. Javanese and Balinese women have traditonally used it to prepare a warming ointment which is said to redden the cheeks of the fairer-skinned people who use it. That makes sense, as the smell seems both hot and cold, savory sweet and spicy simultaneously. The majority of Massoia oil currently comes from Indonesia.

Massoia is sometimes used in perfumery. The bark is said to work well with citrus notes, and I've read that Fleurs d'Oranger contains it. Paco Rabbane Black XS for Women lists it as an ingredient, as do Kenzo Jungle le Tigre, Roma Uomo, Hoochie Coochie by Rich Hippie, and Cabaret by Ayala Moriel. Discussing its use in homemade soaps and perfumes, the Sun Rose Aromatics website advises:

"Massoia is definitely a base note. Add it to Benzoin, Vanilla, Tobacco, Hay, Melilot, Broom, Liatrice and you have the richest, most coconut/butterscotch like scent imaginable.

This is not too culinary either. The scent is suggestive of coconut without creating the image of suntan lotion.

Massoia is a note for those that enjoy Florientals, and rich meadowy smells. If you are careful, you can lighten it I think and blend it into a heart using a sweet rather than camphoraceous lavender. Another idea might be Ho wood or leaf, or a Geranium. A dash of Rose or Ylang can assist unifying the blend also."

Massoia room spray by Geodesis is a steal for the price and longevity, and makes for an interestingly lactonic woody.

If you can , please have a smell of Diptyque's Violetta room spray - its out of this world and now I am going to spray it on my clothing !! I think its discontinued. So - if you find a bottle and love it like I do - buy it! LOL

Some people do the same with some of the L'Artisan room sprays...I've had a Narcissus body/room from AromaFloria that can safely go on skin, but is good to use in the way you describe.

Thom Kha soup? One of my favorite foods, in a bottle? Intriguing...

And Lady Jicky, I think I'll keep an eye out for Violetta, too. :)