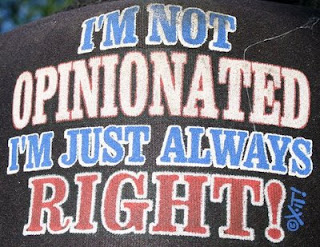 Now Smell This has posted an excerpt from an interview with Luca Turin and Tania Sanchez which was published in the Guardian. The interview interests and irks me in equal measure, for various reasons. The pull quote reads:

But if the title lacks poetic fun, the book most certainly does not. Although the language occasionally dips into the kind of hyperbolic floweriness one perhaps must expect from enthusiastic connoisseurs, on the whole it is written with pleasing plainness and, most of all, a sense of humour. Guerlain's Mouchoir de Monsieur is lauded with an adulatory four-star review and readers are advised that "if you can wear it without thinking of Rupert Everett playing Beau Brummell, do so by all means", while something called Montana Mood Sexy is dismissed with one star and a curt "not tonight".

I'll be the first to tell you that I disagree with Turin and Sanchez on various reviews. Last night, for instance, I picked up a bottle of Spellbound, thinking, "Nice, cloves and flowers, mmm, oh yes, here we go," whereas they find it a stink bomb with a merciless range of detonation only instinct and God can protect you from. Abigail and I both, I believe, would gladly tape ourselves shut, as Turin suggests, in a room with Amarige, though unlike him we wouldn't hesitate to tape others in with us. I'm not sold on Beyond Paradise, which the authors rate spectacularly. I don't see the sunset from a Concorde window, nor receive inner calm from its sillage. But I don't agree with Abigail all the time either, nor she with me, and reading Perfume: The Guide is hardly about consensus.

The other day I compared Sanchez and Turin to Pauline Kael. Kael, of course, was famously opinionated. Her Spellbound was Woody Allen. Others, including me, loved his work in the late seventies and eighties. I remember being shocked, when I discovered Kael's writing and sought out her New Yorker archive in the school library, that she didn't love Manhattan, was left cold by Stardust Memories, was hostile to Interiors and Broadway Danny Rose. I was petulant for about twenty minutes, then I got over it. Andrew Sarris and others might have loved Allen's movies, but they wrote like a college course on biophysics. I wanted someone who shared my irrational obsession with film--and wasn't too above it to fess up.

Reading the above quote from an otherwise favorable paragraph and a friendly interview overall, I bristle at what I take to be a typically lazy British priggishness. Call me picky. The whole project of the Guide, it seems to me, is to create new territory for the very concept of such a book. Any best of list is highly personal, and to the extent it seeks to conceal that subjectivity, a sham. Here's a book which, like Kael's criticism, collapses the format, exposing that inevitable bias with candor and wit. The bias is embraced, and rather than speak to you as an authority garbed in a velvet smoking jacket, with a dry air of superiority and a bogus assertion of the definitive, it speaks to you as a fan, with enthusiasm, passion, and drive. It wrings its hands and gets right in the room with you. Doing so, it engages you in a dialog. The sensibility of Sanchez and Turin is refreshingly interactive rather than smugly self-enclosed. They strip the critical format of its silly supposed-to's, challenging you to meet their strong opinions with opinions of your own. They ask you to think and converse, rather than receive and regurgitate. And they aren't afraid to make enemies by taking on the big boys.

Of course the title lacks poetic fun. Um...duh. In quotes. In light of the book's project, which is at least in part about parodying the concept of a definitive guide, it exists on a higher level of word play than the writer of the Guardian piece is apparently able to apprehend. I call it a Bible in a similar spirit of good humor. It doesn't try to conceal its lack of journalistic objectivity. To the contrary, Turin and Sanchez laugh at the notion such a thing exists, as well as open up the debate about who makes or what constitutes a canon. Can journalistic objectivity be counted on to tell you what you should own or smell? Hardly, at a time when taste is clearly marketed and formulations change, unannounced, from day to day.

Yes, to be sure, Turin and Sanchez insist that the nose recognizes a good smell, and instinctively suffers from a foul one, and every nose essentially "knows" the difference. They make no apologies about their snobbery. Snobbery is part of the project. Yours as well as theirs. But if their book is a guide to anything, it's a guide to their passions and engagement, and like Kael they hope to be disagreed with, if only to keep evolving the discourse. They would likely scoff at my attraction to Spellbound, but doing so makes me define my position more articulately. Knowing what they like, and how personal their tastes are, encourages you to get to know yourself as well. As John Waters recently said about the state of modern movie-going, and I paraphrase: People leave a blockbuster these days and it doesn't occur to them to really detail for themselves just how bad it was and why, and how different their reaction is from what they've been told it will be or is supposed to be.

The "language occasionally dips into the kind of hyperbolic floweriness one perhaps must expect from enthusiastic connoisseurs"? She makes that sound like a bad thing, as if yet another newspaper article's objective report on the doings of one of its advertisers would be preferable.

I liked the article very much :-)