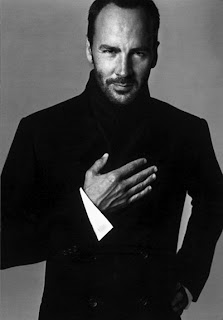 The Russians at the perfume kiosk in the mall have some kind of racket going on. I can't decide just what. Of course, I have my own racket. Last week, after sitting on my "I'm going to sell this all on e-bay and make millions of dollars" stash, I realized that my drive for new perfume is stronger than my patience when it comes to navigating the internet marketplace. Now I understand why the Korean perfume shop owner I bought it all from had it priced so low; he couldn't be bothered, either.

The stash includes 6 bottles of Gucci Nobile, 3 bottles of Feu D'Issey, 3 bottles of Paco Rabbane La Nuit EDP, a truck load of Etienne Aigner No 1, 1 bottle of Kenzo Peace Pour Homme, 1 bottle of Yohji Men, 2 huge bottles of Cristalle EDP, old formulation Givenchy III, and others which presently escape me (plus I'm bored with this sentence).

This week, I mentioned to the Russian woman who seems to run the kiosk that I had this stash, and she was very interested. She said she would pay me, but I knew I would never get what they were worth in dollars from her, and why charge her what they cost me when I could trade them for more expensive perfumes from her inventory? So I traded my Gucci Nobiles, and even writing this I feel a pang of remorse. Perhaps I should have held on to them. It's as if I cashed in my nest egg and have nothing to fall back on.

The problem is I have most of what I want from their stock, except for a few, like DK Fuel for Men and DK Unleaded, which smell nice but fade quickly from what I can tell. I bought Van Cleef Gem and Dolce and Gabbana By for Her before we made this arrangement and wished I'd waited so I could have gotten them for free. But I couldn't, which is why I'm cashing in my nest egg in the first place.

For the curious, Gem is brilliant. I would venture to say it's a fruity floral, with a definite contrapuntal thrust of spices. Others have compared it to Rochas Femme, and I see the similarity, though Gem is decidely (and aptly) brighter. Smelling it, I thought, Well that's too ladylike even for me. I might as well wear a dress and a flower in my hair and bat my eyes. But it stuck with me as I shopped, especially into the dry down, which is more compelling than the Olivier Cresp reformulation of Rochas Femme, possibly because it contains animalic notes which pre-date restrictions. Besides, batting my eyes comes naturally to me. Gem was composed in 1987 by Roger Pellegrino, of Anais Anais and Armani Eau Pour Homme.

Dolce Gabbana By has piquant citrus notes up top, very quickly moves into caffienated territory, then sticks much too close to the skin for my taste. It's nice, but nothing I would miss were it to suddenly vanish from my stash. The squeaky wheel gets the grease and I suspect By will outlast many of my fragrances, most of which are much louder and persistent and will be reached for more compulsively.

The next several days I returned to the Russian kiosk with bottles of Gucci Nobile, though the drive isn't a short one. I suppose I made several trips so as to lessen the blunt force trauma of instant divestiture. I'm guessing I instinctively feared some horrible withdrawal. I traded for the new, much soapier formulation of Givenchy III (me likey) and Tom Ford Extreme, which the Russians mistook for garden variety Tom Ford for Men. I explained the difference without mentioning the difference in price, as I figured Extreme was a fairer trade for Nobile in any case. As has happened before, they didn't believe me, until they unboxed the Tom Ford for Men and performed a comparison test.

Extreme is fantastic--tarry, smoky, leathery goodness--and it lasts all of twenty minutes. The nearest analog I can think of is Burberry London for Men, which shares Extreme's preoccupation with some fantasy version of an exclusive Men's Club library, complete with port wine, cigar smoke, and suit and tie sweat. Like Extreme, London is gone before you know it. I wanted Extreme regardless. It smells that good, and besides, memories fade too.

The last thing I traded for was Black Orchid Voile de Fleur, EDT. It smells like the EDP done right, and unlike Extreme has staying power. The focus is on white florals, but with the same saving grace of the EDP, a grungy patchouli base. The patchouli gnashes its teeth at the pretty white florals and the tension plays out on your skin. I wish Tom Ford didn't annoy me so much. I'd feel so much better about buying his fragrances. Every time I see his face I'm frustrated by the compulsion to wipe that pseudo-sexy look off it. It's like some bridge and tunnel guy coming on to you at the bar. He's sweet talking you and everything he says has a winking eye to it, and all you can think about is that blindingly God-awful gold chain around his neck, wondering how many chest hairs it pulls off when he removes it, if he ever does.

At the thrift store I found semi-vintage ml samples of Rochas Femme, Equipage, and Miss Dior. The latter interested me most. Much has been made of Miss Dior's degeneration, and there's certainly a marked difference between the version I own and the version I smelled the other day. The latest formulation is soapier, more pungent, an uncomplicated, cheerful good-time gal. The version I smelled at the thrift store was much darker, more oriental, without the newer iteration's focus on green. Surprisingly, I prefer the version I own. I know: to some, this is like saying I have a preference for boxed wine. Fine. Leave me in the grass boozing it up on my discount vino. More for me, I guess.

But back to the racket. What are the Russians up to? Or after years of cold war conditioning and despite my ostensibly liberal leanings do I simply distrust Russians? I leave it to you to decide. When they gave me my Voile de Fleur, they asked if I minded not getting the box. It really doesn't matter to me, unless I think I might eventually re-gift the perfume at hand. I knew I'd want to keep Voile, or more specifically, that no one else I might give it to would want such a corruption of the white floral, so I opted for box-less, and was given the bottle of Voile in a cheap, imitation gauze bag (gauze is cheap to begin with, so you get the idea), and I left without asking questions.

Are the Russians smuggling fake bottles in authentic boxes--or does the average mall shopper simply have a natural aversion to tester bottles, which can seem like used goods or knock-offs to those who buy one bottle at a time? Where do the Russians get their stash? I've asked jokingly, pretending not to be looking for an answer, but they've never taken the bait. Some of the boxes--like a recent addition, Caron Pour Un Homme, from the eighties--look like they went through a rock tumbler. The lids hold on by a thread.They didn't have Gucci Rush for Men, they couldn't find it anywhere, then one day, suddenly, presto, there it was.

Are they siphoning fake juice into old bottles? Like every shop owner they aren't above giving you a line. They've informed me with straight faces that DK Gold is discontinued and impossible to find, even though Perfumania carries it, right upstairs. They've said the same about others. When Giorgio Red for Men was recently re-released, they priced it at 65 dollars, assuring me how rare it was. I bought it, then saw it later elsewhere for half the price, and by elsewhere I mean everywhere. They're up to something, I just haven't figured out what. Clearly, pawning off my cheaply bought bottles of discontinued fragrances at top dollar prices, I'm up to something to, so perhaps the cold war is alive and well? It's all very cloak and dagger at the local mall, people. Make sure you bring your trench.
Posted by Brian at 9/14/2008 11:42:00 AM