Chanel No. 5 Eau Premiere: A Review 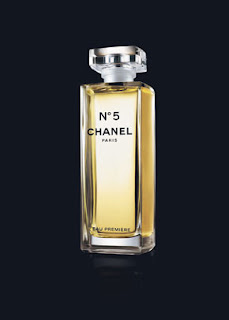 I didn’t begin my perfume journey by loving the classics. I came of age in the late 80’s, & early 90’s wearing fragrances like Poison, Ungaro Diva, Givenchy Amarige, LouLou and CK Obsession. Ten years ago, I would have thought something like Guerlain’s Jicky or Mitsouko simply smelled dated and heavy and until recently I thought Chanel No. 5 smelled like dishwashing liquid. Perhaps a really expensive dishwashing liquid, the kind that rich folks buy at Williams Sonoma, but some sort of cleaning fluid nonetheless.

I’ve read that our sense of taste and smell changes every seven years. I think this is definitely true when I look at my timeline of fragrance loves. My taste in fragrance changes rather dramatically every 5-7 years or so. It was easier for me to love the classic Guerlains and Carons, these became fragrant treasures much earlier in my perfume journey. But, Chanel, took at least a decade of sniffing for me to love. And the love really showed up in 2008, last year was the year of Chanel for me. I couldn’t get enough Chanel and right at the moment that I began to love the original No. 5, Chanel introduced No. 5 Eau Premiere.

I like to view perfume releases through the lens of my imagined marketing aims of the company. Chanel had (and has) the most well-known and famous fragrance with No. 5, so why update it? I was perplexed. But with Chanel’s apparent “conquer the world” mentality, I guess they wanted every segment of the market to adore No. 5. I imagine most young-ish people don’t particularly like No. 5, with all its obvious aldehydes, synthetic qualities and the “coldness” of it; perhaps it seems dated and old fashioned to them. Surely the diehard lovers of No. 5 nearly fainted at the idea of tinkering with something like No. 5 (aside from the reformulations it must have undergone over the years, which many diehards already lament).

I sniffed No. 5 Eau Premiere with an open mind and I am duly impressed. Eau Premiere is obviously No. 5 – there’s no mistaking the original scent inside whatever changes have been made to this creation. It seems to me that Chanel created a sort of abridged or “Cliff’s Notes” version of the original with Eau Premiere – something that is much easier to love and more obviously modern. Eau Premiere is more citrusy, less powdery to my nose, and less sharp and cold. It’s as if Chanel took the most crowd-pleasing part of No. 5, magnified it, took a snapshot and put it in a bottle. The aldehydes are there, there’s no doubt, and it still resembles the original No. 5 to such an extent that those who aren’t dissecting it might not notice a big difference. I think it’s less cold, but this isn’t to say it’s a particularly warm perfume, just a bit less cold and aloof. Eau Premiere is like the easy-going, gregarious sister to the more classically sophisticated and formal older sister. The original No. 5 has a starched and slightly stiff quality, every hair in its place, every nail perfectly manicured; you could say her personality is reserved. Eau Premiere has lightness, rounder edges and playfulness. I imagine this description is precisely what Chanel strove to create.

In my opinion, Eau Premiere is a well done perfume. I can smell the differences between it and the original No. 5, but I also find them similar enough that Eau Premiere is a legitimate and respectable quality flanker. I can’t say that I actually prefer one over the other – I like both equally. There are days when I want the original and I have already spent many days enjoying Eau Premiere.

There is a downside to Eau Premiere, though, and that is longevity. I find Eau Premiere to be fleeting where the original is not. I wonder if this is intentional? Are modern perfumes expected to be fleeting? Does the segment of the population that Eau Premiere is marketed toward prefer lighter, low-sillage fragrances? My guess is yes. Chanel doesn’t seem to miss a beat.

I also find the No. 5 (original) rather aloof, and it too has become a new love for me. I think Katharine Hepburn, not Marilyn Monroe; definitely a rich & mighty rather than bombshell kind of perfume.