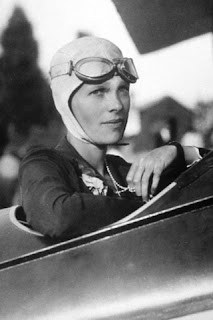 Most of us dislike the term, but I do understand what people mean when they describe a perfume as smelling “old lady-ish.” Given that the classic Guerlains were created in the early 1900’s, you would think these would smell especially dated. Just look at these launch dates:

When someone calls a fragrance “old lady-ish,” I assume they mean that the scent is heavy, synthetic, suffocating and has the “brick wall effect,” which means you feel as if your nose hits a brick wall when smelling it. Amouage Jubilation 25 is like this for me. Jubilation 25 is a brick wall that I can’t smell through, or relax around; it’s overwhelming, and it definitely seems dated as if it were created in 1889, when it was, in fact, launched in 2007.

Somehow Guerlain has managed to create timeless fragrances. I can’t imagine a world where women and men don’t wear Mitsouko or Shalimar. Of course I have never smelled the original 1925 version of Shalimar, so I don’t know what Guerlain has done over the years to update their fragrances and conform to new regulations, perhaps this is where their genius lies?

Of the fragrances listed above the only one that smells dated to me is Apres L’Ondee. I know I’m an utter philistine, everyone adores Apres L’Ondee, but it gives me the creeps. Apres L’Ondee calls to mind a funeral viewing inside a spooky old mansion. Yes, a room with a casket and a body with family paying their respects. But aside from this one, I find all the classic Guerlains so easy to wear, so completely not dated.

Vol de Nuit is easy identified as being Guerlain, in that it shares that smooth spicy-ambery-vanillic base once it’s dried down. I love the way Vol de Nuit starts off – it’s a blast of citrusy oakmoss that takes no prisoners. Like nearly all the Guerlain fragrances I have, I love the way these classics skirt the very brink of daring for some time but then come swirling back to this smooth and socially acceptable Guerlain base. Vol de Nuit is quite daring at the start. The first 15 minutes are what some would call “old lady-ish” but I’ve grown to love this part just as much as the dry down.

Perfumes have personality, and Vol de Nuit has a clearly marked one.
Vol de Nuit, as a person, exhibits a cool strength and daring confidence. She has clarity of vision and strong motivation to do whatever it takes to be great, to succeed.