All They Need is Love: The Gourmands 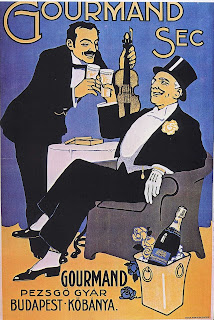 So often I read comments from perfume-addicts (I haven’t settled on a term yet ~ perfumistas, perfumeos, perfume-geeks, perfume-nerds, etc) about how they dislike gourmands fragrances. The gourmand category is just over a decade old (isn’t Angel considered the first official gourmand? If not, please fill me in), and already perfume-aficionados have been lamenting its existence for years.

I believe the accepted definition of gourmand is anything that contains/captures edible notes. A gourmand could therefore be anything such as chocolate, vanilla, cinnamon, bread, pepper, sugar, ginger, nutmeg, coffee, almond, wheat, maple, liquorices and hazelnut. In a way, I’m confused about certain notes *not* being considered gourmand ~ what about edible fruits ~ such as fig, lychee, strawberry or pomegranate? I understand that citrus fruits are separate; they’re categorized as hesperidic, and existed long before the gourmands. But what about fig? This is a little tangential and I ought to get back giving the gourmands a little love.

I often think that when a type of perfume becomes too popular, trendy and mainstream that’s when perfume-aficionados diss it. I get it, this happens with any hobby where someone delves deeply into the thing of interest; wine lovers don’t usually drink Sutter Home and bird watchers don’t faint when they see a Blue Jay. The 'common' is no longer interesting to the aficionado. But come on…Angel by Thierry Mugler is some groundbreaking and amazing stuff! Even if you don’t like the smell of it, it was a bold and interesting perfume back in 1997 and deserves a little respect. After Angel, there have been thousands of spin-offs. I’ve noticed that many perfume-aficionados admit to liking Hermes Ambre Narguile, Serge Lutens Chergui or Caron Farnesiana. Lately I’ve been thinking that not all gourmand fragrances smell like cupcakes with four inches of frosting. I think a lot of folks equate gourmand with sticky sweet vanilla. There are a whole bunch of gourmands that aren’t extremely sweet or mostly vanilla. What about Lolita Lempicka, Bond No 9 New Haarlem, Bond No 9 Nuits de Noho, L’Artisan Bois Farine, Jo Malone Nutmeg Ginger, Serge Lutens Rousse, Keiko Mecheri Gourmandises, L’Artisan Poivre Piquant, Yosh Ginger, Montale Mukhallat, and Parfumerie Generale Aomassai? If you hate all of these, then you dislike gourmands, and that is, of course, fine! Perfume is, above all, subjective. But I just wanted to give the gourmands a little love, because they aren’t all sickly sweet vanilla and many are complex, interesting and smell good...

Yes Gourmands can be interesting, have been around for a very long time and do not have to be sweet.
I dislike the term "Foodie" as applied to this catagory of scent, because it often leads one to think pumpkin pie, apple tart, etc.. It is also a dumbing down of a category that could be absolutely amazing.
My criteria for a gourmands is a fragrance with edible notes, that never forgets that it is a perfume first. It must have more to offer. More complexity in the construstion.
Creating a scent only to smell like food, is juvenile at best. My grand daughters like these kinds of things but they are still (age wise) in single digits. Who wants to go out to the theatre smelling like cookies or pie. I woule much rather eat the pie than wear it. Coconut Cream, bring it on.
ZZ....