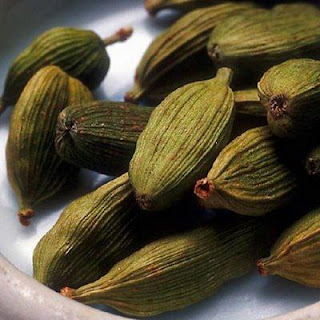 For a while I laughed at the i-Phone. The way its devotees made it sound, the device would solve world hunger and stop destruction of the ozone, if only the right add-ons were downloaded. An i-Phone doubles as a calculator, I was told defensively (how handy!), would serve as a flashlight in the darkest of alleys, and in the event you were approached by storm troopers in the Wal-mart parking lot with less than good will on their minds, you could ward them off with its simulated light saber, frightening them long enough to make a run for it. Good for a laugh, it seemed to me--if nothing else.

Then my partner got the newest model, and gave me the obsolete version, and now I’ve come around. It only took going to the perfume section at TJ Max, where various perfumes I’d never really considered buying were stocked. Within minutes I was able to look these fragrances up on basenotes, ascertain their pyramids, and find out what naed_nitram, foetidus, and all the other regular reviewers had to say about their relative merits or lack thereof. While it does take some patience as the pages to load, like most perfume fanatics (do we have a sense of humor about using that word yet?) I have an abundance of patience when it comes to researching and tracking down scents. I can wait.

Yesterday, I decided I needed a fragrance to smell on the drive out of town for Labor Day Weekend, so I returned to TJ Max for the second time this week. I told myself I was going there to buy Calvin Klein’s Obsession Night eau de parfum. Though I’ve smelled it many times, considered purchasing it, and opted for something else each time, I’d temporarily run out of options and it suddenly seemed the perfect choice.

I like Obsession Night well enough. It smells nice. It’s only twenty bucks. Nice is about as much as I expect for that kind of money. It has a tenacious woodsy benzoin base, and I can imagine myself wearing it if somehow everything else in my fragrance cabinet suddenly self-implodes, and of course when you shop for your 225th bottle of perfume you need a good excuse to get more, so you tell yourself such ominous catastrophes might occur.

I did buy Obsession Night, but while I was looking for it I came across a bottle of Casran by Chopard. It sounded familiar but I couldn’t remember reading anything about it. I assumed it was a feminine, though I don't know why. The bottle was selling for 15 dollars. I couldn’t really think of a reason not to get it, at that price, but I looked it up all the same, just to make sure exactly what kind of bargain I was getting. I like to be informed. I like to keep abreast. Usually, I open the box to smell the perfume at TJ Max. But after the boxes have been opened, as Casran had been, the store tapes them shut securely as if they might leak poisonous gas, and it can be hard to pry one open without drawing attention to yourself, especially with a tall security guard several feet away.

When I look up a fragrance on Basenotes, I immediately scan the reviews to see if foetidus has rung in. It isn’t that I always agree with foetidus. I don’t. But he talks so informatively and with such poetic acuity about perfume that it makes me feel good about being so single-mindedly obsessed with it. Good writing can elevate a subject to mythic importance, which isn’t to say I can be persuaded to believe that Casran or any other perfume will throw the earth off its axis, but I like a dramatic perspective which has the common sense and the facility to disguise itself as more than a highly biased, emotion-driven response.

I was happy to see that he’d written about Casran. “Linear, sweet, clean, sharp, and somehow very satisfying,” he said. “That’s what I get from this scent. I don’t exactly understand why I feel good about Cašran—it doesn’t seem to have any standout qualities, and yet it is certainly a scent that I enjoy.” That’s not exactly high praise, but it seemed favorable enough. The inclusion of coriander and cardamom in the pyramid convinced me I might like it more than he seemed to; so much so that the dry ambered cherries, dates, and prunes didn’t trouble me as much as it seemed like they should. Chocolate seemed promising. Had I paid more attention to the overall tone of disappointment in the reviews I might have adjusted my expectations, but I told myself anything with these combinations couldn’t be less than interesting.

And Casran is interesting, in its way. I waited until I got out of town to open the package. Maybe this was a bad decision, because it wasn’t until today, after jogging and showering and smelling what lingered on my skin, that I could really appreciate this fragrance with any lucidity, and even now, like many of the basenotes reviewers, I remain fairly ambivalent about it.

There’s something about Casran which gives it an aquatic quality. Maybe it just feels a little thin, thus watery. Maybe it’s the cherry. I’ve even heard tell of geranium, which in this mix could resonate as a marine accord, resembling the geranium-coriander accord of Cool Water. Ultimately Casran is a nice, slightly powdery fragrance, or so I thought at first. As Pasha says, “The rum and chocolate I can smell pretty easily and benzoin is also present with the mix of the other two. At the end though, it is a dry vanilla scent that has absolutely no significant identity.” To me, the benzoin is indeed discernable, but I’m hard pressed to smell chocolate or anything remotely gourmand for that matter, nor am I at all getting the “fluffiest cloud in Heaven” vibe mentioned by Chris-p.

It’s hard to believe that of 23 reviews of Casran on basenotes, only 3 are neutral and 3 negative, because the ambivalence about it carries over even into many of the positive remarks, as in Randolph314’s characteristic entry: “After reading the reviews here I had very high expectations going in for Casran. It doesn't quite meet them, but other people (I've been around) really seem to like it, and I guess I do too.” And yet it has that strange, indefinable thing going for it, the kind of thing where you forget you’re wearing it, you’ve dismissed it as largely uninteresting, and suddenly you catch a whiff of something spicy, like the uniquely fresh coriander and cardamom accord I smelled after I’d washed off what I thought was left of Casran.

Many people on basenotes dismiss Casran as conventionally linear, but not foetidus. After experiencing this new, unexpected turn the fragrance had taken, I reread his review, which sums its subject up perfectly:

“There’s no syrupy, sticky sweetness here, just a clean, sharp, incisive, somewhat spicy sweetness that holds true for a very respectable time. The middle gourmand notes are certainly not overdone; they are quite restrained and subtle to my nose, and yet they don’t lack substance. I don’t really get much chocolate but the cherries and prunes come through—especially if I use a little imagination. They, too, are delicate notes that don’t suffer from an excess of syrupiness, and they are so like the top notes that the fragrance gets a deserved reputation for linearity.”

Like him I’m unsure what exactly attracts me to Casran, but find myself watching it a little more closely now than I first did.

Interesting! I didn't even know this one existed, but I see Cashmir often enough It is strange that even though Chopard put a lot of attention (and money) in Cashmir's launch way back then, it never really took off and remains largely ignored outside the perfume communities.

Yes, the iPhone could replace the archaic back-up option: phone a friend, ask for a quick internet check + report. (I have young minions at my behest, and have used this option. Once.)

For those who find themselves in severe need of data, and do not have the internet interface, but DO have a cell phone, there is always CHA CHA.

That's funny, scentself. I thought I was the only one to call people for quick internet overviews. I went through this process: who have I called the most lately? Whose turn is it? I've never heard of CHA CHA and I'm not convinced you aren't putting me on.

I bought Casmir for my partner way back when, Divina. It smelled like suntan lotion--but very expensive suntan lotion. I still have the bottle, which I re-gifted, back to myself. I rarely smell it. Abigail bought it recently and wasn't overly enthused. I'm not enthused necessarily either but do think it smells nice. It has a stronger character than Casran. Has anyone smelled Casmir for men? I wonder how that ranks.

Brian, ChaCha is for real. I, too, had doubts...it was my tech savvy teen who introduced me to it...but ChaCha is like the Google of Magic 8-Balls. Text them a question, they send you an answer.

They've had some media coverage recently...I think they'll be around for a while. (And you can stop trying to remember on whom you've imposed the least....)