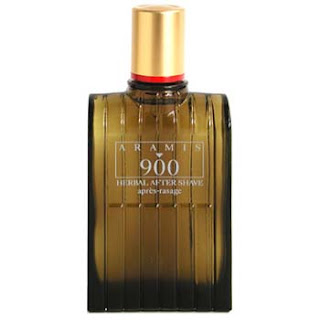 It’s difficult to imagine anyone but Bernard Chant behind Aramis 900. After all, he made everything else that smells like it, excepting Bandit.

Released in 1973, Araqmis 900 is a woody, herbal masculine with a bright cirtus opening and a dense, deep rose heart.

The fragrance has a slightly fecal, animalic character, most noticeably up top, and relates to the chypres Chant is famous for. It has the tang of Aramis, Azuree, and Cabochard, not just up top but at the base, likely from vetiver, and their floral embellishments too.


Luca Turin was surprised to learn that today's Aramis is nearly identical to the old Cabochard. It might surprise less seasoned connoisseurs just how similar Aramis 900 is to Aromatics Elixir. What surprises more than anything is how little difference there is between them. If they're brother/sister fragrances, then their relationship is decidedly incestuous.
It goes some way toward indicating how conditioned we are to segregate fragrances down a gender divide. Once the marketers have assured us enough that one can be safely worn by women and the other by men, we separate them in our minds, convincing ourselves the distinctions remain safely in place. A similar phenomenon tends to happen in general with fragrances, complicating things. Until someone points out the marked presence of violet in Halston, you might smell only “floral” and “woods.” Once you’re told, you can hardly smell anything else. That smell is deeply tapped in to memory is old news. Few explore how suggestible the sense is.
The truth is that if you’re inclined to wear 900 you might as well cross the aisle and pick up AE instead. While both are strong, AE is stronger, its rose less apologetic, its sillage more robust and therefore perhaps manlier than its male counterpart. Aramis 900 handles rose beautifully, despite or even due to that fecal note (those who go on about a dirty rose clearly haven’t yet smelled one rubbed in dog mess) but there’s no denying that 900 ultimately smells like the faint whiff left once AE leaves the room.
Aramis 900 runs about 45-50 dollars for 100 ml. You can find it sometimes in the department store with the Aramis fragrances for men.
Posted by Brian at 8/25/2008 07:19:00 PM

I couldn't agree more on the similarities with Aromatics Elixir. The Bernand Chant signature is writ large.

Thanks for being so sweet on your post on my endeavours, appreciate the support. :-)

"fecal"?! (Aramis 900) Come on, is that really descriptive in any sane and reasonable and acurrate description?

Clearly, I think so.

When Guerlain said he aimed to create fragrances which smelled of his mistress' backside, I have a feeling he didn't mean the back of the knee. Perfumes smell less of the barnyard and the nether regions now than then, but Aramis 900 certainly dates back to a time when animalic notes were very much still a part of the average perfume.

Here's a primer. When people say civet, they generally mean the smell of ass, just as, when Angela, the snobby coworker on "The Office" explains that her cat Sprinkles has an infection and needs fungal cream rubbed right into the base of his tail, right underneath, she means butt.

I'm not saying fecal because I think it's naughty or would like to offend you. I'm saying fecal because that's what Aramis is redolent of, and I perhaps mistakenly assume the average blog reader has smelled this distinctive aroma before, not just in the bathroom but in perfume, and will instantly understand what I mean. Would it help you if I said doo doo?

I am neither sane nor reasonable but am working on both.

from an article on Kilian Hennessy of "By Kilian", published in the Times Colonist this year:

"American perfumes are so often what we call 'overdoses,' " Hennessy says. "They have a single strong sent, sometimes soapy. Americans like clean scents. I am creating something darker."

The article was written by Derek McCormack

from a review of Kouros on the bois de jasmin blog:

"Have you ever smelled civet full strength? Without using more colourful terminology, I would describe it as extremely fecal. The same note comprises the base of Kouros, and while it is not exactly dominant, its animalic breath suffuses the composition fully."

from a review of Molinard's Jasmin on the Scented Salamander blog:

"The animalic bear's skin impression fades away a bit, but does not leave entirely, always there in the base while the fecal notes of indoles are quite discernable when one pays closer attention. The dry-down is soft and floral."

From a section in the book Perfume discussing deodorants, by P.M. Muller:

"Raw materials of animal-like and fecal notes which are desirbale in fine cologne are not recommended for this end-use."