This Week at the Perfume Counter: Diptyque, L'Autre, Patou's Colony, Chanel No. 5

Every once in a while I get sick of shopping for perfume at the mall, or the disadvantages of dealing with idiosyncratic personnel outweigh the elation of walking away with a bottle in my hands. This week I did a lot of online shopping. One of my favorite places to buy from is The Perfume House in Portland. Tracie, the woman who helps me there, knows what she's talking about, and she's always nice to deal with. I have a memory of being there and can see the layout in my head, as well as a slightly hazier recollection of the perfumes I was shown over the course of the scattered ten hours I spent there. Several weeks ago I asked Tracie to set aside whatever they have left from the Patou Ma Collection. I hadn't been very interested back when I visited the store. At the time, I'd never heard of them, and the boxes looked old, so I figured they had spoiled. Since then I've read a lot about these fragrances and know how stupid I was to leave Portland without smelling them. I own Normandie, which I purchased from Perfume House over the phone, and Ma Liberte, which I found in the local Korean-owned store, Memphis Fragrance (a single 1.7 oz. bottle remained; a tester, priced at 20 bucks).


I want Cocktail most of all, but The Perfume House is out. Now that The Perfume Guide has come out, and people read blogs more frequently or avidly, they're curious about some of the older, harder to find perfumes, and they know that The Perfume House might just carry them. Gone is Vol de Nuit. Going is the Ma Collection. Recently I bought one of the last half ounce bottles of Colony they had, in parfum extrait. I'm 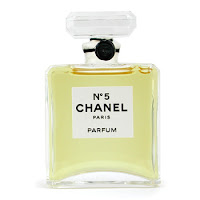 told it smells like pineapple and leather, like a Bandit drenched in fruit cocktail, though not so much sweet as sun-kissed. That remains to be seen. The package has yet to arrive, and the anticipation isn't exactly delicious. Each day, I hope to find it in the mail. So far, each day, on some level, has therefore been a disappointment. Tracie included samples of Tabac Blonde and Vol de Nuit, warning me that the latter is from an old bottle and I'll need to wait for the top notes to clear out in order to truly appreciate the scent.


From Bigelow Chemists I ordered Diptyque's L'Autre, which seems to stratify the sniffing audience over on Basenotes.net but seems right up my alley, with its overdose on Cumin and coriander, a distinct garam masala bent. In Philadelphia I went to a spa shop which had a limited selection of fragrance, including the Lutens line, Acqua di Parma, and Diptyque. Of Diptyque, they carried Oyedo, Olene, Tam Dao, Philosokos, L'eau, Do Son, and a few others. I'd read about one in the Turin/Sanchez book which intrigued me but I couldn't recall what it was. Something curried or spiced. Tam Dao, based on the name alone, seemed the most logical conclusion, but it didn't smell the way the one I was looking for had been described. I ended up buying L'eau because it smelled close enough, like a clove pomander. I wore it to the premiere of my movie in Philly and nearly sent the cute festival volunteer who picked me up from the hotel to carry me to the theater into coughing fits, though he was polite about it and denied the one had anything to do with the other. One thing I realized from this experience is that, however attractive a guy finds me, my cologne will always put him off, and I'm just not willing to reverse that trend if, as I suspect, it means some form of abstinence (involving perfume, that is; it will inevitably involve sex, I imagine; or, rather, it will not involve it--but I digress...). Like Colony, L'Autre has yet to come, so my vague theories about layering pineapple and curry will continue to go untested for the time being.

Passing through Jonesboro on the way back from my mother's house this weekend, I stopped at a newly christened shopping mall. I found two DVD boxed sets I'd been looking for: one on Deneuve, the other on Delon. It occurred to me that I spend a lot of money, perhaps more than I have, as I handed my card to the guy behind the counter. Are Deneuve and Delon worth it, I wondered. Let's take them home and see!


I moved on to the department store, heading over to the Chanel counter. The young woman working there was startlingly good at what she did. It caught me off guard and I started chewing my gum so vigorously she must have been plotting her escape route. I was trying to decided whether to get Chanel No. 5 again. I play out this particular drama frequently. What do I want with Chanel No. 5? I ask myself. Chanel No. 5 is nice, to be sure, and the aldehydes are something else, but I have...a lot of perfume and, well, I mean, how much more do I need? And yet. I'd never smelled No. 5 in parfum extrait, and here the delicate boxes were, tiny white squares with the Chanel logo stamped on them. God, you've got a problem, I told myself as it became clear that she was moving toward a sale and I toward a purchase. I applaud you for buying extrait, she said, before I'd said I intended to. She explained the difference between the three concentrations, and described Chanel's private supply of rose and ylang ylang or whatever. She seemed as interested in it all as I was. I know! I imagined saying. Let's take a field trip there! We'll frolic in, like, ylang ylang all day and such.


She's been working for Chanel for two years. She came from San Diego, and I have no idea why she would migrate to Jonesboro, Arkansas, of all places, where the summer heat makes perfume a losing battle. It can't take long to whiz through a bottle of No. 5 in this weather. Yet she looked immaculately put together, and so friendly, as if she'd never had to deal with flop sweat, or leave cologne in her car while she went into the mall to get her fix. She really seemed to have absorbed all her training. She knew just about everything you would want her to know, and what she didn't know she somehow made you forget having asked. She made you want to work at the Chanel counter, just so you could be that happy and informed and, I don't know, stand there smelling the testers all day. We do employ men, she said, though she added: Maybe not in Jonesboro, but we do.


I bought my quarter ounce and went on my way, until I got a ways down the hall and I remembered the whole ordeal with Chanel on Rodeo, how my Cuir de Russie had arrived in the mail looking less than composed, and I turned around, because if anyone knew how to do things at Chanel, if anyone could make it all better, it had to be her. I returned to the Chanel counter and told her all about my horrible, traumatizing experience. The label was all runny! I sobbed. The cap was broken and the perfume had leaked out into the packaging. She told me to call Chanel in Beverly Hills. If they don't take care of it, she said, call me, and I will. You bought a luxury item and it should arrive like one. What Chanel needs, I thought as I walked away, is someone like her wrapping their shipments.


I've been smelling No. 5 for the last few days, and what fascinates me most about it is how infrequently people talk about the vetiver, which totally, if almost subliminally, transforms the rose/ylang ylang accord, providing a classic masculine foundation to a classic feminine perfume.
Posted by Brian at 8/06/2008 02:33:00 PM

Abigail, dahlink, you're invited to come to Miami and frolic in my ylang ylang anytime. I have two tiny trees, so we'll have to be on our knees, but the intent is there!

Chanel No.5 is my iconic scent from childhood. Cologne version then, extrait when I turned 18. I have several gorgeous vintage versions from Ebay before Ebay got savvy to vintage perfumes. Bravo on your purchase, and how wonderful for finding that SA. That's the kind of story they love to hear on POL, where horrid SA stories abound.

PS I'm going to mail you privately with a sneak peek at the new Guild website that'll debut in a few days - there's a huge gorgeous ylang ylang tree on there. Frolic-worthy, definitely frolic-worthy, in a virtual way ;-)

There's a woman on a counter there (I won't name the fragrance house but it's iconic with us perfumistas) who really seems to hate her job. Every time I go there, she makes me feel like an idiot for actually wanting to try stuff and talk about it.
I go to Liberty, now. They don't have all the same perfumes, but what they do have is manners!

The start was meant to be:
I wish they'd clone that SA and send her to Selfridges...