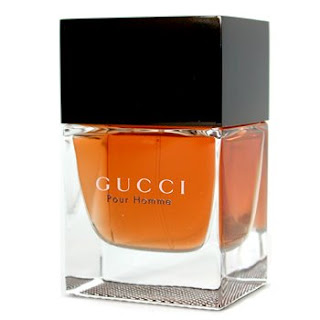 Gucci Pour Homme and Comme des Garçons 2 Men seem similar enough at first whiff that for a while now I’ve been inclined to dismiss one or the other as inevitably redundant. The similarities, as it turns out, are purely superficial.


Gucci Pour Homme was created in 2003 by Michel Almairac, the nose behind several Bond No. 9 fragrances (Bryant Park, Fire Island, Saks Fifth Avenue for Him, Scent of Peace, West Side), L’Artisan’s Voleur de Roses, Dunhill, Rochas Lui, and Casmir, among others.

Gucci can’t seem to make up its mind. How many Gucci Homme’s must there be, or is it the company's intention to confuse their consumer base? Before 2003 there was Gucci Pour Homme 1976. In 2007 Gucci Pour Homme II was released. This year, another Gucci Pour Homme has appeared, Gucci by Gucci.

Comme des Garons 2 Man was created by Marc Buxton in 2004, close on the heels of Gucci Pour Homme. Buxton is well known for his unusual creations at Comme des Garçons. In addition he has orchestrated fragrances

for Versace, Salvador Dali, Cartier, and Paco Rabanne. Early on, he did some of the Alain Delon fragrances. Like Gucci Pour Homme, Commes des Garçons 2 Man is something of a muddle in terms of nomenclature. Its name implies something of a masculine flanker to Comme des Garçons 2, which until then seemed to have been considered by many a unisex scent.
These confusions only add to the seeming interchangeability of the two fragrances themselves. Smell them at a remove from one another and you might swear they’re virtually identical. I did, many times. Yet there are subtle and even distinct differences between the two. Both are anchored by leather, vetiver, and incense accords. This gives them a shared tone of tangy smokiness, but whereas CDG retains a strong orientation towards tangy, Gucci submerges itself under more smoke.

Gucci is often considered a cedar fragrance, but you won’t find cedar in the pyramid. You will find olibanum, however. Like Guerlain Nahema, which conjures rose without actually employing it, Gucci manages to evoke something which isn’t there. Many people mistake olibanum for cedar and thus detect in Gucci Pour Homme the dreaded “pencil shavings”. Interestingly, olibanum typically has an orange aroma to it, which I don’t discern in Gucci Pour Homme, but I don’t discern pencil shavings either. Of the 123 customers sounding in on basenotes, many do. Perhaps that subtle aroma of citrus complicates what seems like a fairly linear scent in largely undetectable ways. There are ginger and white pepper up top and amber at the bottom, the latter probably contributing to the overall coniferous impression. Yet more than anything Gucci Pour Homme is the rich, oily but arid smell of burning incense, and a useful comparison can be made with YSL’s M7, the agarwood of which takes Gucci Pour Homme’s incense inclinations to their logical end points, and smells nothing like cedar but very much like Gucci Pour Homme--on steroids.

The top and middle notes of Comme des Garçons 2 Man are listed as white smoke, nutmeg, cumin, mahogany, saffron, iris, and nutmeg. The frankincense at the bottom can be smelled from the first, but it’s vetiver you apprehend most discernibly into the dry down. The vetiver note is made a little more complicated by cumin, nutmeg, and, according to Luca Turin, a big dose of aldehydes, which seem to wear off fairly quickly.

It might be the aldehydes which give some of the fragrance’s detractors an impression of synthetics. Either way, Comme des Garçons 2 is made more unusual by their inclusion, and though they leave quickly their effect createes a lasting impression, creating a singeing sensation, as though someone had struck a match to light incense and snuffed it, mingling the smells. Saffron adds an interesting touch, a tobacco or hay-like aroma. There's a lot going on in there. Comme des Garçons feels much more conceptual than Gucci Pour Homme, the picture it paints more vividly detailed, and it seems less linear for it.

Both have respectable sillage, though less than you’d expect from incense fragrances. Gucci Pour Homme is available at Perfumania. Comme des Garçons can be found online, or you can call the Perfume House in Portland, which stocks it. I own both now and find, however often they intersect as they develop, they stand alone quite well, too.
Posted by Brian at 8/23/2008 01:34:00 AM