Caron Tabac Blond Parfum vs. EdT and in general 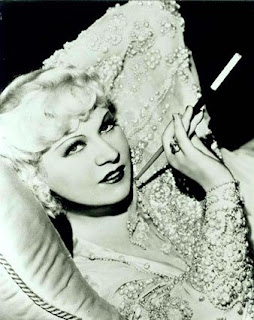 This evening I’m only wearing two perfumes. On one arm is Caron’s Tabac Blond in the EdT concentration and on the other arm is Caron’s Tabac Blond in parfum extrait concentration. I love making these sorts of comparisons. Next week I plan to get Caron’s Narcisse Noire parfum to compare with the EdT I already have. Sometimes I find there is very little difference or that I actually prefer the EdT concentration which is usually easier to find and less expensive. Tonight, however, I think the parfum version is taking the lead. Yes, in my mind it’s a bit like a horse race. I keep sniffing every 15 minutes or so to see how things are changing in the various phases. I’m in the dry down phase now and it’s definitely the parfum Tabac Blond that’s the clear winner.

In the beginning, after the initial spritz, the EdT smelled mostly like alcohol and the parfum smelt immediately like buttery suede with spices (clove and carnation). The parfum stayed surprisingly true to form from the first spritz all the way through the dry down and it’s about 3 hours later now. The EdT on the other hand (on the other arm I should say) was the one that morphed the most. The EdT started off much like an unsettled blast of alcohol, almost gasoline like, but after 5 minutes began to exhibit the lovely suede-leathery spicy carnation smell that I adore so much about Tabac Blond. The EdT stays a bit tamer in the dry down, exhibiting more sweet vanilla spicyness compared to the truly rebellious parfum, which stays in a smoldering tobacco, leather, spicy mood throughout.

I’ve read Chandler Burr’s interview with Luca Turin where describes Tabac Blond as (paraphrasing here) “dykey (for dykes), dark, angular and unpresentable.” By the end of ’s statement, I believe him to be saying that Tabac Blond is quite edgy, unusual, interesting and truly chic. I don’t think I’d call Tabac Blond “dark,” either in EdT or parfum, but it is definitely edgy and not something Laura Bush or the country club set would wear. Tabac Blond is for the woman who is completely confident, comfortable in her own skin, opinionated and has a sharp witty sense of humor.

While I think the parfum extrait version is the clear winner in a side-by-side comparison, I still think the EdT concentration is a beautiful perfume. If you can’t easily find the parfum, don’t fret, the EdT is less expensive, easier to find and still a knockout. Tabac Blond in either concentration blows most leathery, spicy, tobacco perfumes out of this stratosphere.

How about the supposed reformulation of Caron perfumes? Have you compared older and newer versions of Tabac Blond? I'm thinking about buying a small bottle of the extrait (do you know the cost, by the way?) but I don't want to if it really has degenerated horribly...