Its Possible that I Smell Odd to Others 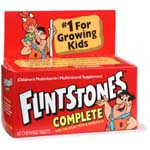 This week, as I arrived to the office in the morning, and walked past the receptionist, she remarked that I smelled nice, “like incense” she said. I stopped (of course I stopped, any conversation about perfume stops me in my tracks) and asked more specifically what she meant, since I wasn’t wearing anything “incensey” I was curious. She said, “well, it smells nice, like those incense sticks from , that you buy in the natural food store.” I told her it was actually a carnation scent, thanked her, and went about getting to my office and starting the day. I was wearing Ava Luxe Oeillet Blanc, a white carnation scent that I adore; it’s spicy, slightly powdery and a gorgeous carnation fragrance. I had no idea that I might smell like incense from a headshop to others.

A few weeks back, one of my colleagues was leaving the company for another job. I hugged her as she was all packed up and ready to leave the office. She said, “you always smell so good, yet so unusual….what is that you’re wearing…it smells like snickerdoodles.” I had to think for a moment, I was wearing Prada, which has a vanilla base. Snickerdoodles? I wouldn’t have thought that.

I saved the best for last. One day this spring, I was wearing Guerlain L’Heure Bleue at the office. My boss came around behind me so he could see my computer screen since we were making changes to a document. So, he was just a few inches away from me for a few moments. After we finished the document and he was leaving my office, he said “it smells like those Flintstone’s chewable vitamins for children in here.”

Thanks goodness I don’t really care what other people think about my taste in perfume. Well, I don’t care and I do care all at once. I know for sure that I don’t wear too much (overpowering) perfume because I’m very careful about that. I haven’t stopped wearing any of the above fragrances and love them just the same. It just strikes me as hilarious that perhaps I’m so obsessed with perfume that it smells entirely differently to me than it does to others who aren’t such, well, who are such perfume connoisseurs. If I was wearing Apothia Velvet Rope and someone said I smelled like a martini, well that would be expected. If I was wearing Serge Lutens Musc Koublai Khan and someone said I stank, well, that would serve me right! But when I’m wearing perfumes that seem to smell nice and relatively normal (all of the above scenarios are perfumes I consider “normal” enough for office wear) I find it perplexing. Is it because I know what a carnation perfume smells like, that I would never consider it smelling like anything other than carnation? L’Artisan Voleur de Roses – is it because I know its basically roses and patchouli so I only smell that and not cleaning fluid, which is what others might smell? It’s not that I go out of my way to wear perfumes that no one else is wearing, it’s just that I’m attracted to very specific perfumes and they aren’t usually the uber popular one’s. Actually, I did wear Thierry Mugler’s Angel for a few weeks in 1997 before it became the hit perfume of the decade. When it first came out I loved it. I still love it actually. It was so unique and stunning. But when everyone and her mother, sister and best friend starting wearing it, well, I just couldn’t do it. I have a bottle of Angel and like to wear it during the holidays because it reminds me of Christmas.

Anyway, to conclude this little ditty about smelling weird to others; I sure hope I don’t smell really weird….because I like what I like and it wouldn’t be me to leave the house without perfume. I’d rather leave the house with wet hair than sans perfume! But there are times when a non-perfumista nose picks up the strangest aroma from a fragrance I think smells like something else entirely.

And, just for the record, so you don't think I might actually smell strange, I get compliments most of the time....but there are the occasional off-the-wall comments.

There is no way on earth is VdR like cleaning fluid!
I think people must get their scent signals crossed, is all...

I know, right?! I love the combination of rose and patchouli and cleaning fluid it is not :-)

I am thinking that:
1)several everyday products use mainstream betseller perfumes' "character" simplified to appeal to customers who are familiar with the scent
2)people pick up a specific micro-part of something and elaborate on that trying to think what it reminds them of and sometimes blurb it out of their mouths without thinking about the rest (and thus foregoing the possibility it might be someone's perfume)

Thanks Abigail for making my day. This post was funny and sad at once. Snickerdoodles and Prada, VdR and cleaning fluid who would have thunk it.
I did begin to think however that between the two of us (my sister, who like you, would never leave the house without a spritz, dab or rub of some 'odd' fragrance and myself always in search of the 'right rose', smoothest vanilla or best 'true' african oil) we have probably perplexed if not offended several people from nearly every continent and at least every state and like you, neither of us really care.
And yet I can't come to any other 'conclusion' for the mainstream and very popular Issey Miyake fragrance, except that some people really love the smell of Clorox bleach.