Dandy of the Day: Christopher Walken 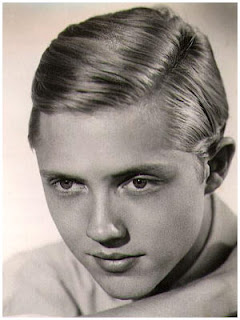 Born, Ronald Walken, changed his name to Christopher.
Mr. Walken has said that his adopted name of "Christopher" sounds "like a sneeze” and he prefers to be called Chris.
He has different-colored eyes (one blue and one hazel). This is a condition known as heterochromia.

You're surprised you say? Don't be. Walken is a total dandy. Just look at him, listen to him speak, and reflect upon his acting career. The man is a gifted actor, and all the while, with that hair? That odd dialect that seems from a country all its own – I think it’s called Walkenland (near Greenland or or something). Walken doesn’t seem to take himself very seriously. He’s won an Oscar and a best supporting actor award. Just for a moment, reflect upon his wildly diverse assortment of films ~ Annie Hall, The Deer Hunter, Biloxi Blues, Joe Dirt, True Romance, Pulp Fiction, Catch Me if You Can, Communion, The Prophecy, The Funeral, Poolhall Junkies and on and on. Walken is known for his darkly calm yet maniacally unstable monologues that verge on humorous. Walken is also a fantastic dancer. He’s studied dance and manages to work a little jig into nearly every film he’s in.
Walken flaunts his, some might say, worst features. He gussies up his hair, makes it as big and pompadour-ish as possible, he prefers to stay rail thin, even while playing tough guy characters. What sort of fragrance is the embodiment of Walken you ask? Walken seems rather comfortable in a ten thousand dollar Italian suit, doesn’t he? I imagine he would enjoy a cologne called One Man Show by Jaques Bogart. Never heard of it? Well, that’s the way Walken wants it. One Man Show is a dry woodsy cologne with hints of oakmoss and tobacco. It’s sophisticated and classy, but still manages to dance to the beat of its own drummer. 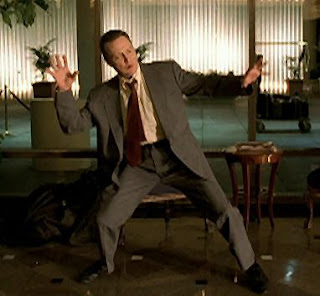 Labels: Dandy of the Day, Jaques Bogart One Man Show

It's funny, I've been trying to spot those different coloured eyes in various films and photos but they always look equally pale greenish to me...