A Tale of Four Figs: Comparison and review of 4 fig fragrances 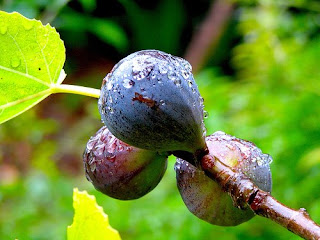 Fig fragrances have been a big trendy craze in perfumery for more than a decade now. It’s not often that I think there’s good reason for a big, trendy craze, but with fig fragrances, I do.

I’ve never been to , but like any perfume whose aroma transports me, fig fragrances take me to an idyllic country scene, where I picnic under a shady tree overlooking a fig vineyard. Of course, since its , I’m picnicking on olives, feta cheese and grape leaves with a bottle of good wine. 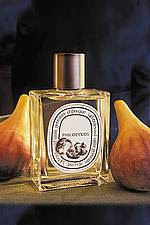 The first fig fragrance I ever tried was Diptyque Philosykos. Philosykos is a gorgeously green, leafy and woody fig scent. It’s as if Diptyque put the whole fig tree in a bottle, leaves, twigs, bark and fruit. Philosykos is very dry and yet obviously the story of a fruit. The lasting power is excellent and the sillage is just enough to make you smell nice but not obnoxious.
Next up is Jo Malone’s Wild Fig & Cassis which is also a gorgeous fig fragrance. Jo Malone’s fig is very ‘figgy’ and by that I mean fruity. It makes me think of fig jam in a bowl surrounded by leaves and greenery. Jo Malone’s fig is sweet and supposedly combined with cassis which is blackcurrant, a tart purple berry. Fig & cassis is a lovely combination, to my nose it’s both sweet and tart, a perfect combination. Jo Malone’s fig fragrance is nicely wearable; it’s what I imagine to be the most mainstream fig scent of those that I’ve smelled. The lasting power is also good, about 4-5 hours.
L’Artisan Premier Figuer Extreme was created in 2003, nearly a decade after the original non-Extreme formulation. I’ve never smelt the original, because I only purchase L’Artisan in the extreme formulations since L’Artisan seems to last barely a nanosecond otherwise. Premier Figuer Extreme is a very soft, milky, creamy, coconut fig. It’s not very green nor woody, it’s closer to a gourmand-ish fig scent. I wrote “ish” very specifically because it’s not a gourmand, it just verges on becoming one. There is a slight green leafiness and a smidgen of sandalwood to keep the “milky figgy” note interesting. This is a very soft and pretty scent, its passive when compared to what I might call Philosykos’ aggressive fig scent. Premier Figuer Extreme is complex when I compare it to the other fig scents I have, it’s just that it doesn’t scream “fig!” to me, so when I reach for a fig scent, I hardly ever reach for this one. Like most L’Artisans, the lasting power is never enough, perhaps 2 hours, and the sillage is non-existent.
Miller Harris Figue Amere is an oddball fig scent. There are several Miller Harris perfumes that I simply adore and this is not one of them. The name ‘Figue Amere’ is supposed to translate into ‘salty fig.’ Salty figs might be interesting, if it smelled like salty figs. To me, Figue Amere smells like chocolate with a teensy bit of fig if I really really focus on finding that fig note. Figue Amere is very sweet and I don’t detect a green or woody note at all.
My favorite fig scent is Diptyque Philosykos. Perhaps it’s because it was the first fig fragrance I tried; the one that taught me what a fig tree is ‘supposed’ to smell like. I also rather like Jo Malone’s Wild Fig & Cassis if I’m in the mood for something sweet. Philosykos is verdant, woody, strong and seems to scream “I am a fig tree, hear me roar!” I would like to sample L’Artisan’s original Premier Figuer, but I don’t imagine I’ll ever buy a bottle of it, due to the notorious lack of staying power of L’Artisan cologne. For the cost of L’Artisan perfume, I find the lack of tenacity to be unacceptable. If it were a $50 bottle, I wouldn’t judge it so harshly and I’d happily reapply, but since it’s pricey, I’m a tough critic. 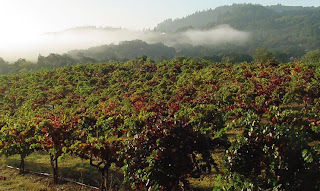 Thank you for posting this!!