Lately, the perfume blogs have been atwitter with feverish speculation about the possibility of Emma Watson, aka Hermione Granger of Harry Potter fame, being selected as the new face of Chanel's Coco Mademoiselle.

Was it true? Would she be the right choice? Was she a deserving receptacle of the brand's illustrious name?

It turns out not to have been true, and we at the offices of I Smell Therefore I Am breathe a heavy sigh of relief--not because we feel young Emma would be an inappropriate choice for what is surely one of the most important decisions in the world of fragrance, let alone the world at large, but because we simply no longer have to pretend to care.

Here are our humble suggestions, after hours--days, even--of thought and polling and board meetings. We've reached a consensus on a quartet of faces we think might sell perfume in an innovative, arresting way. 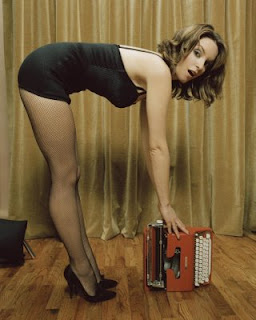 Why NOT Tina Fey? Because, think about it: who else can you trust? Tina Fey isn't going to put on airs. Tina Fey won't sell you some skanky scrubber she wouldn't be caught dead in. Tina Fey is going to bring a sense of humor to sex appeal. Let's re-envision the Charlize Theron J'Adore commercial. This is how it rolls. Tina Fey is going to come coasting out of the bathroom with toilet paper stuck to her shoe, with everyone looking at her, loving it. Go ahead. Laugh at her. She'll laugh with you. Actually, she's laughing AT you, because the stooge behind you is making rabbit ears over your head, so who's the ding dong now? We at I Smell Therefore I Am have done our market research, and we can assure you: no one in the world is more everywoman than America's own Ms. Tina Fey. She's every woman and every woman is in her, or something like that. We tested Tina in various markets (in our break room, at the water tank, with the Xerox guy and the girl who delivers our Ruben sandwiches) and have discovered that she would work wonderfully as the face of Dzing! (This smells like cardboard!" she'd whisper hoarsely, albeit seductively, then cough). Or how about Lolita Lempicka (only, please: no faerie tutus and glitter dust. Does she look like Tinkerbell to you?). Or even Stetson Man(the tagline: "You know what? This shite ain't bad! I'D do him. I'd get all turned around and do ME if I had this stuff on. What is this stuff, again?") 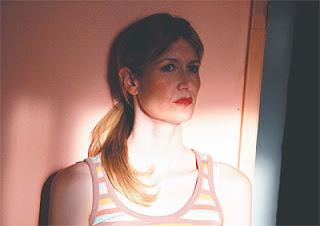 Seriously, though. Laura Dern. Dern's face is a real face and tells real stories. She tested through the roof with the guy who caters our card games. Here's the thing. Fine, yes, okay, Nicole Kidman looks great in a gown, but the gown provides most of the drama. Laura Dern is strange and sexy and can act the pants off almost anybody you can think of. That little bottle of perfume is going to leap right off the page into the buyer's hand, and when it does it will be one hot potato. Laura Dern understands intrigue and some twisted, kinky s--t (See Rambling Rose, Blue Velvet, Inland Empire, skip the killer dinosaur movie). She doesn't make herself a canvas for the audience's desire and her director's lust. She paints a picture for you. If Tom Ford is half the innovator he considers himself, he will consider Ms. Dern. Who else would bring the right blinding bright darkness to Black Orchid? Who else can make you wonder whether she'll stab you with the sharp end of that Lalique bottle or, um, pleasure herself with it? Or make you feel naughty for even considering such a thing? This is a complicated woman.

If there is something the following men cannot sell, by all means, please let us know. We will eat our words. We will eat your words and the words of your friends and enemies. And don't tell us these two won't sell cologne (or perfume for that matter) simply because you don't know who they are. Nobody knows the guy in the Dolce And Gabbana Light Blue ads, and that juice sells like people are on fire and it's the only thing that can put them out. These guys look like they could get you pregnant just by sitting across from you on the subway. 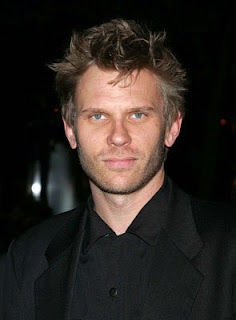 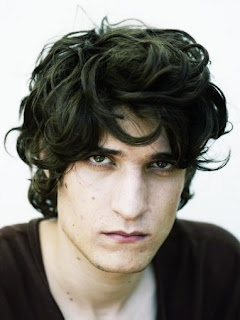