The Joke's on You: Moschino Funny! 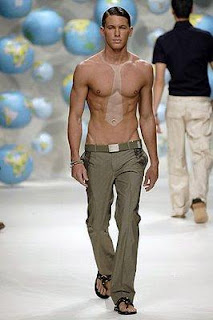 There was a time when the humor and irreverence of Moschino (not just its line of perfumes but its fashion and its founder) were not entirely lost on its intended audience. There was a time when Moschino in fact had more of an audience on which to lose something. Who could forget the chocolate drizzled handbag—or the Teddy Bear dress? Plenty of people, it would seem. The Olive Oyl bottle of Moschino’s Cheap and Chic perfume was a statement at the time. Now, people tend to dismiss it as unintentionally tacky. Moschino injected the humorless, self-absorbed fashion scene of the eighties with wit and intelligence. While it’s true you wouldn’t actually often have occasion to wear a stuffed animal-infested dress out in public, couture has never been about reality or practical application. Moschino laid bare the central dichotomy of fashion industry practice; of course it was absurd that a collection never intended to be worn should conduct itself as soberly as a tax audit. It was as if Jerry Lewis, as the Nutty Professor, had started a line of couture dresses and sportswear, issued from a headquarters stationed in his lab. Unfortunately, the Italian fashion establishment felt Moschino was laughing at them, not with them, and denounced the designer as a talentless hack. This only made him more popular, his point more legitimate. 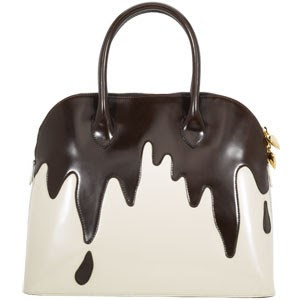 Moschino's aesthetic was exuberantly youthful and decidedly adult simultaneously. He was raised in a small town on the outskirts of Milan, perhaps shaping him from the beginning as an outsider with a close proximity to the heart of things but enough distance to view them objectively. His background was in illustration and (for Versace) publicity, so it was perhaps entirely logical that his approach would merge the surrealist audacity of Dali with the slapstick, crowd-pleasing sight-gags of Tex Avery. Moschino founded his line in 1983. Five years later, his Cheap and Chic range 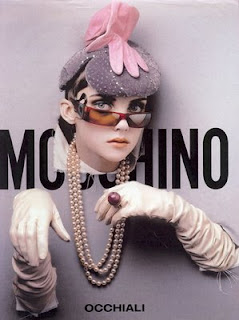 was introduced. In 1994, he launced what he called an Ecouture line, featuring clothes made from environmentally friendly fabrics and dyes. It might just be that the laughing stopped when Moschino died the same year, at the age of 44, the victim of that quintessential buzz-kill, a heart attack. His line has persevered, albeit with less fanfare and less imaginative marketing. His perfume line releases new product frequently. The fragrances are more interesting than they’re given credit for. Cheap and Chic itself is a brisk fruity floral, truly cheap and chic, making it, of course, exceptional and a play on words, a happy contradiction. Eponymously titled Moschino (1988) is a floral oriental which smells like Grasse by way of a headshop, another, more refined play on words. Cheap and Chic has had several flankers, as has Moschino.
The bottle for Funny! mimics the one used for Moschino Couture, extending a joke across two releases separated by three years and seemingly contradictory high/low designations. Moschino C 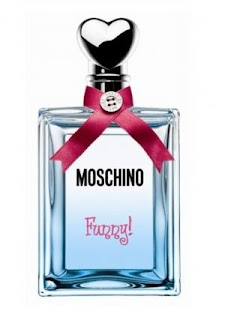 outure is a warm, fruity floral with haughty gold cap, high-class scotch-colored juice, and velvet red ribbon sash. Funny! is literally its polar opposite, cool, fresh, and exhilarating, with silver cap, ice blue juice, and frayed satin ribbon, the cheerful country cousin to its big city counterpart. Funny! was created by Antoine Maisondieu, whose work with Etat Libre D’Orange (Jasmin et Cigarette, Encens & Bubblegum, et al), demonstrate his own refined sense of humorous elegance. He was the nose behind Burberry Brit London, Gucci eau de Parfum II, and Comme des Garcon’s Luxe Patchouli, all interesting, all arguably wonderful. Funny! combines Seville orange, red currant, and green tea, possessing an aptly curious spiciness (something of a punchline, a la pink pepper) and a resinous base which contrasts ingeniously with its effervescent attributes. It shares with Gucci II a rare quality in feminine construction, where buoyancy doesn’t mean vapidity. It is bold and declarative rather than timid and insipid. It has humor and a positive outlook on things. It’s cheerful without being air-headed, dense without being a dumb blonde. Most impressively for a citrus-focused scent, it persists, giggling in the face of summer heat. Funny it hasn't gotten the attention it deserves.
Posted by Brian at 6/22/2008 02:26:00 PM

Wow. I was just Googling "moschino funny," and I stumbled onto your blog. It's so nice to see people thoughtfully reviewing fragrances on the web. I don't know anything about Moschino, so this was really a fascinating bit of detail for me. Thank you!