Will Estee Lauder turn the tide with Sensuous? 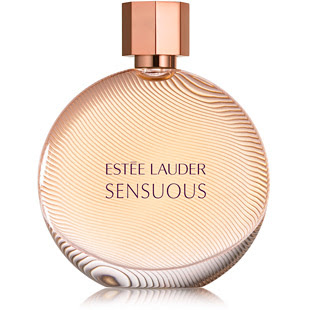 I bought a bottle of Sensuous last week. I had no choice. All the perfume blogs were giving Sensuous high marks and describing the fragrance as (paraphrasing here) a “warm, fluid river of wood”….it sounded right up my alley.

So, as I mentioned, I bought it, unsniffed. Sensuous is nice. It’s by no means a “warm, fluid river of wood,” though. I’d describe it as a smooth vanillic fragrance with an ever-so-subtle hint of wood that wears close to the skin. Sensuous smells good, rather more sweet than I expected but it’s a decent fragrance.
What does excite me about Sensuous and also makes me proud of Estee Lauder is that Sensuous is a departure from the now reigning fruity florals (think Del Monte mixed fruit cocktail with syrup in a can) that have dominated the perfume industry for the past decade.
I think Sensuous will be a hit, and I also think it will turn the tide and create loads of copycats churning out their versions of “fluid rivers of wood.” Sensuous could be similar to Thierry Mugler’s Angel, which created a whole new scent category and many copycats. Whether you love or hate Angel, you must admit that it was a phenomenally bold and fascinating fragrance with tremendous success. Everyone knows someone who wears Angel.
So, I applaud Estee Lauder for creating Sensuous. It’s a mainstream, inexpensive fragrance that even perfume snobs might admit to liking. Now for me, I’ll be waiting for Estee Lauder to launch “Sensuous Extreme” or “Sensuous Night,” something less sweet and drier with a lot more wood.
What are you thoughts? Agree, disagree? Do tell....
Update: 10 minutes after posting this it dawned on me what I was expecting Sensuous to smell like. Jo Malone's Dark Amber & Ginger Lily. For Jo Malone, I think Dark Amber is a rather brave departure, too. I've found that I really like it. Given that it's 3:10 AM I think I'll give Jo Malone's Dark Amber a spritz and head to bed. ;-)
Posted by Abigail at 6/21/2008 02:51:00 AM

I love sensuous. After Kenzo Amour I was desperately searching for a parfum that hits me like the Kenzo one. And after 6 months I finally found Sensuous.