Letter To A Young Man in Flip-flops 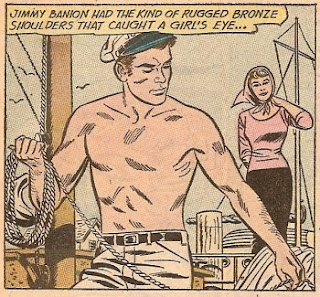 In your American Eagle T and your madras shorts. You in your meticulously frayed baseball cap, which bears the insignia of a camp you’ve never lost your virginity at, let alone been to, or heard of. You with the boxers peeking out at your waistline, a look you stole from the black boys at school, along with their music, though, alas, not their rhythm. I’ve seen you at the mall, bushy-haired and slouchy, that smirk on your face. I guess you know you barely lift your feet as you saunter along the pavement. Is that the style now, that shuffling, almost narcoleptic gait? Is walking already passé—or have I been asleep at the wheel?
Oh my flip-flopped not so fleet-footed friend, just this morning on my way into Sephora I saw you and your peeps, sleepwalking ahead of me like a little row of baby ducks whose mama had already scurried off around the corner, frightening them with the sudden prospect of independence. The wind was moving in the wrong direction, but I’m going to guess what you had on under the madras and the T and the boxers and the cap. Your cologne. I’m going to say Izod. Or is it Lacoste? I’m going to say Nautica, or even, just possibly, Varvatos. I know you were wearing cologne because I know what cologne means to you. I know how it conveys an image you want to project, or you imagine it does. I know: the guy on the boat or in the field in that ad is your imaginary mirror image—your twin, the secret you—and yet, in your mind, you’d like to cut your own path. That’s why I’m writing.
I won’t tell anyone I sent this to you, but I do want to discuss your purchasing patterns. As I walked behind you, I smelled my wrist, imagining I was you imagining you were that other guy. Would my friends really scramble at the scent of Creation, by Ted Lapidus? Now that every girl in high school isn’t spritzing it in her pink calico canopy bed, dreaming about a boy like you in a mist of fruity chypre, who would recognize it and mark it as sissy? It once smelled the way guys imagined Christie Brinkley must—as if its wearer had been slathered in some dangerously soapy elixir which added to rather than subtracted from her natural musk. It made a girl smell like she’d spilled something on her parents’ leather sofa, downstairs, in the rec room, only she didn’t want her mother to find out, so she’d scrubbed the seat to within an inch of its life, and still she seemed so...fidgety. Her face was still flushed from the exertion. She might have wanted sex but you couldn’t be sure, because you didn’t know what she’d spilled either, and though you had a few wild guesses, it could have simply been your active imagination. It could have just been, like, Jean Nate. Wind Song or whatever.
Creation smelled like a very specific complex of associations back in the day, but that day has passed. Now it smells weirdly virile. It always did, but with all the cosmetic subterfuge, no one ever noticed before. I tell you this because I know a very easy way to distinguish yourself, and all it would require is imagination on your part. You know how to imagine, don’t you? All we have to do is put our heads together, and think outside the box. Step out of your flip flops, and feel the ground under your feet. Lift your feet, and feel the pull of gravity. I’m not asking you to walk. I’m just asking you to think.

I’m willing to let you borrow my Creation. But there are many fragrances you might try. Now that no one sees Christie Brinkley in them, they’re practically dirt cheap. I know you’re on a budget, disposable income or no. I’d be happy to make some suggestions. I might even loan you something, if you promise to turn down that music when you stop by to pick it up. What I'm saying is that, often, scents once intended for the opposite sex make the most electric statement on a guy's skin, totally transforming him and the way people experience his presence. I'm saying that if you have the balls to smell like people used to think a girl should, there's no telling how deeply you might penetrate into other people's perceptions and desires. Krazy by Krizia, for instance, which smells of vanilla rubbed on wood, is a good start. That's putting your toe in without straying too far off the path. Black Cashmere, Balmain de Balmain, Caleche. The limits are mental. The possibilities, endless. And yes, it’s true, such a bold stroke might make your friends scramble--but I bet you’d find, if you turned around, that they were just rearranging themselves, and would eventually all end up in a line behind you, following your lead.

Fantastic stuff! Great creative writing style. You have talent, give me more!
Ruth
from the writers country...Ireland

Hey Zita, thanks for commenting. I'm embarrassed to say I haven't even read James Joyce. But from what I hear through friends who have visited Ireland, it could inspire many great novels.